Distribution. Atlantic and Gulf coasts from Massachusetts to Texas. They likely occur along the entire Connecticut coast-line, where they are typically common to abundant. 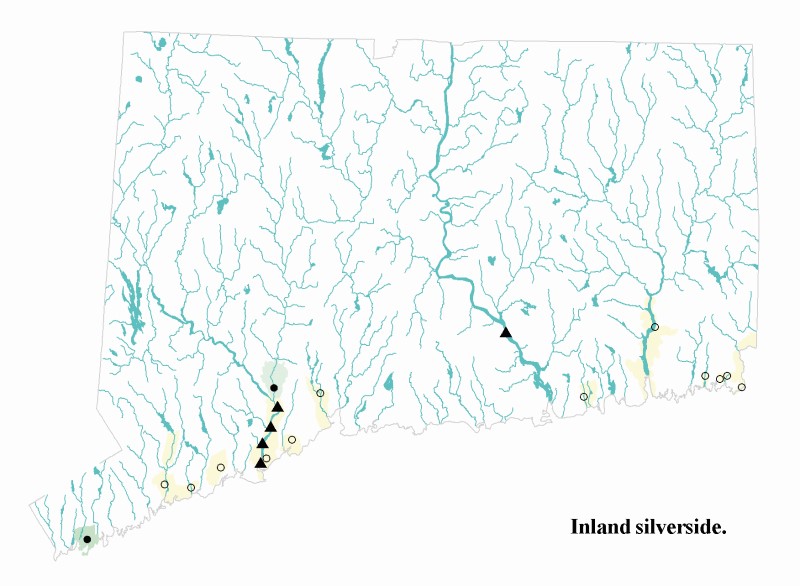 Habits. More likely to enter fresh water than Atlantic silversides, although they will rarely travel far from salt water. Prefer quieter water and sand or gravel bottoms of estuaries and streams. Typically found in schools near the surface. Can be caught with small-mesh dip net or seine.

Comments. Also known as “tidewater” silverside. They are less common than and very difficult to distinguish from the Atlantic silverside without magnification.