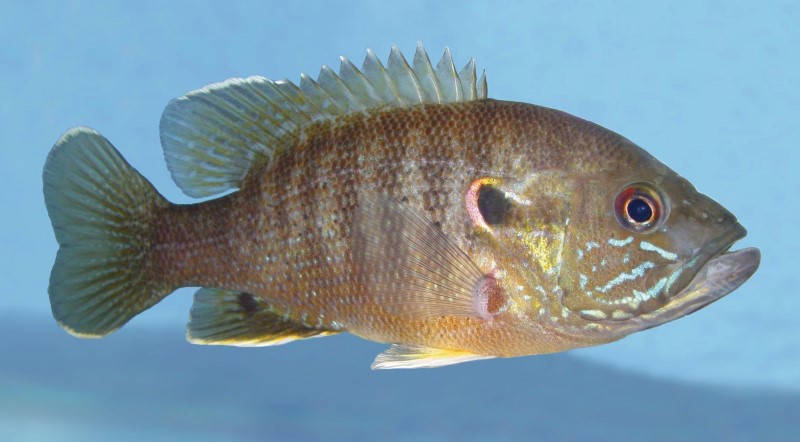 Distribution. Native to the Central United States from South Dakota to Pennsylvania and from Texas to Missouri. Have since been introduced to many other areas, including most of the East Coast and California. In Connecticut, the green sunfish is most common in the upper Thames watershed and in several of the western coastal streams, where it is typically uncommon to rare in abundance. Its range appears to be slowly expanding in Connecticut. 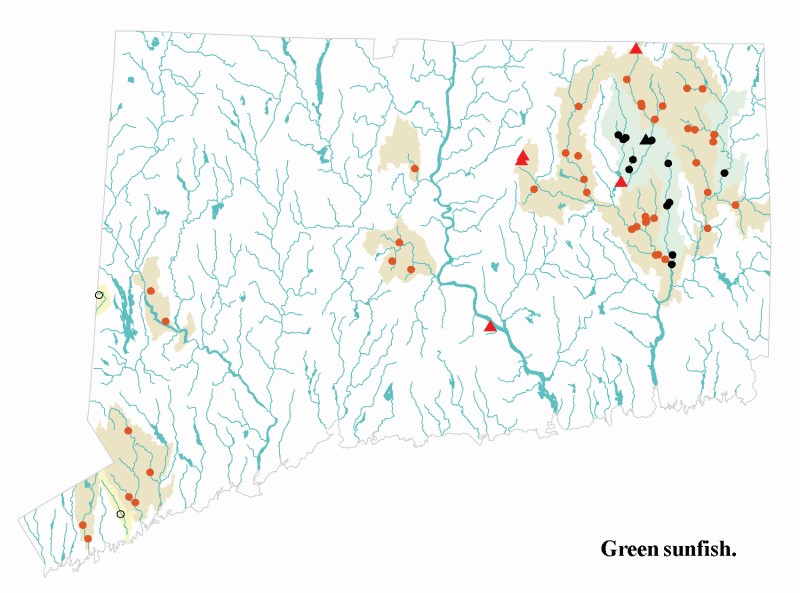 Habits. Prefer small, slow-moving streams, but may also be found in lakes and ponds. Often associated with vegetation. Can be readily taken on a variety of small lures and baits (especially worms). Their larger mouths result in their being taken by angling at smaller sizes than most other sunfishes. Green sunfish are very easy to keep in home aquariums. They readily accept dried food and most individuals are not typically as aggressive as pumpkinseed or bluegill. 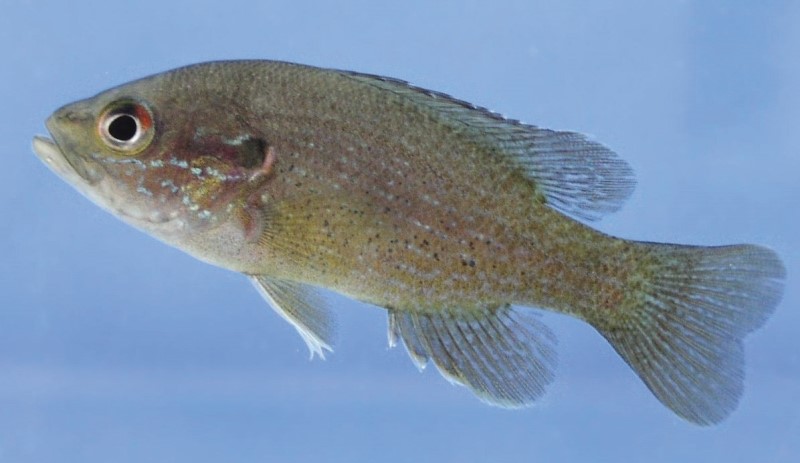 Comments. Introductions of green sunfish have been implicated with adverse impacts on other fish species. In Connecticut, they do not seem to be able to compete well in the presence of our other sunfish species. They readily hybridize with other sunfishes in the Lepomis genus.