The four sharp spines are clearly visible on this 2-inch fourspine stickleback. 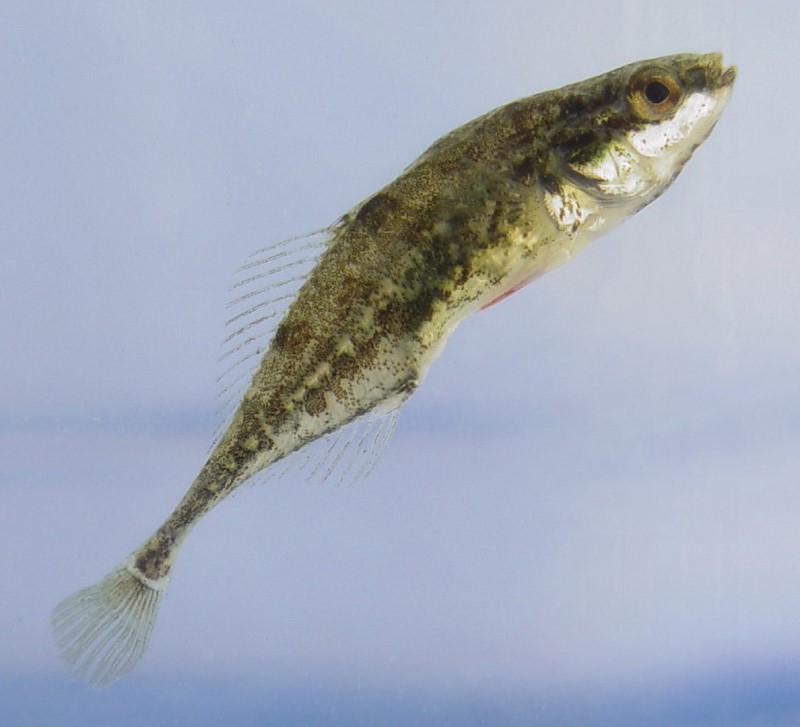 Aquarium photo of a fourspine stickleback.

Distribution. Atlantic Coast from Newfoundland to North Carolina with some nearby inland landlocked populations. In Connecticut, marine populations are found along the entire coast, where they range from common to uncommon in abundance. Fourspine sticklebacks can also be found in many coastal streams just above the salt wedge, where they can be common in abundance. Common to abundant freshwater populations are found in the Mill River watershed (Hamden/Cheshire) and in vegetated, backwater areas of some tributaries on the Connecticut River near Hartford. One known landlocked lake population exists (Rogers Lake, Old Lyme), although no sticklebacks have been caught there since 1997. 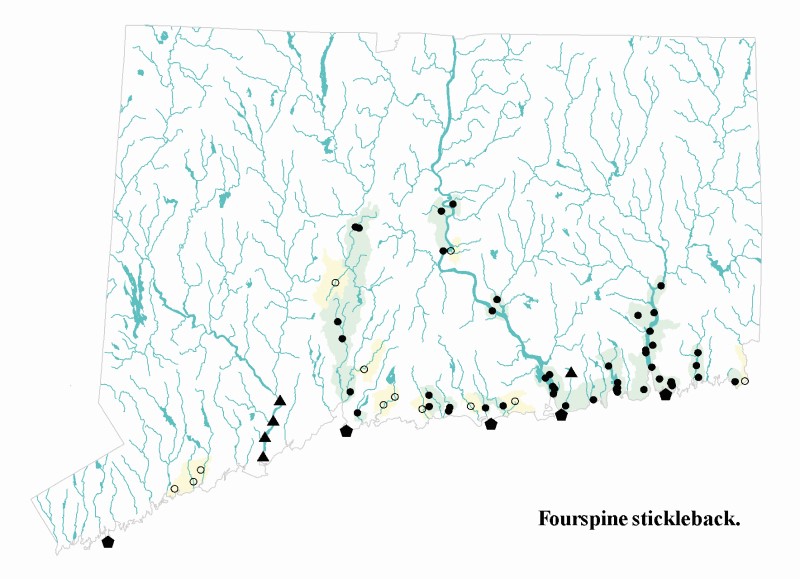 Habits. Prefer inshore marine waters, especially salt marshes and tidal creeks. Have the greatest range of salinity tolerance of any North American stickleback, which has allowed many freshwater populations to develop. Can easily be captured with small-mesh dip net or seine.

Comments. Connecticut’s most common stickleback. True to their names, sticklebacks have very sharp spines, which can be locked in an upright position, causing these little fish to be very unpalatable for most predators.