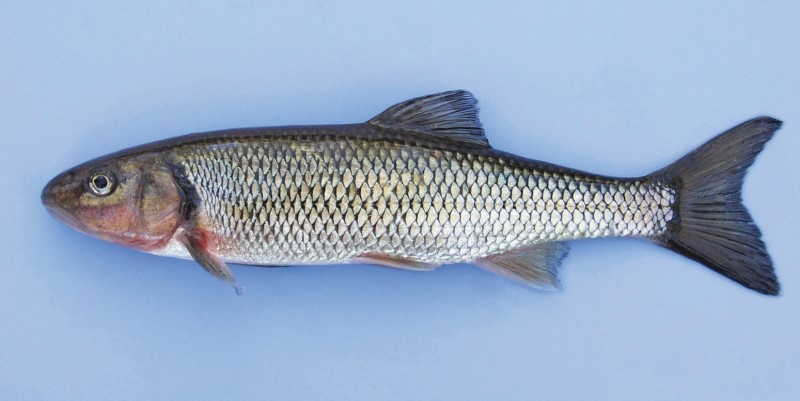 Distribution. Northeastern United States and neighboring parts of Canada. Found in most Connecticut streams, where they can be common to abundant. 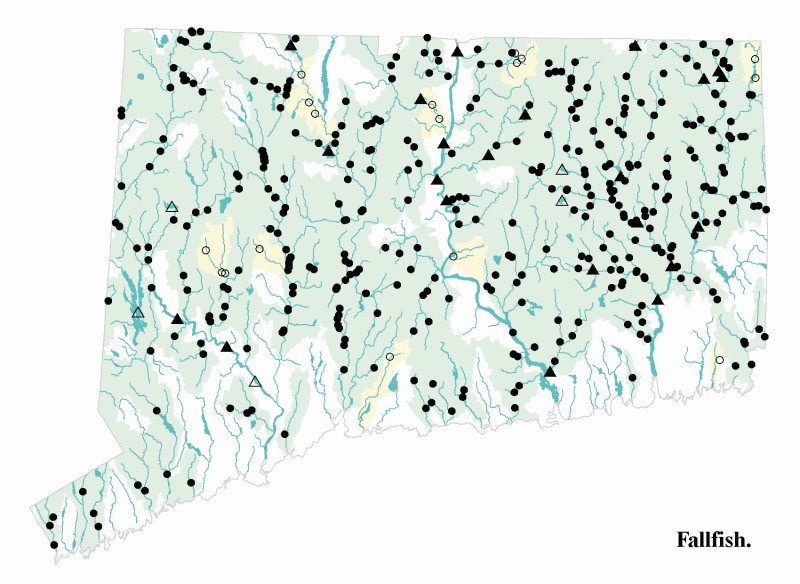 Comments. This is our largest native minnow species. Fallfish build large, distinctive nests in streams for the incubation of their eggs. The nests are pyramid-shaped piles of small rocks that vary in height from 4 to 18 inches. Although fallfish are commonly caught by Connecticut anglers fishing for trout in streams, few people correctly identify them, often simply referring to them as “dace” or occasionally thinking they’re some kind of trout.

A typical 6-inch fallfish. Note large scales, many with dark pigment along their forward edges.