The cutlip minnow can be identified by its distinctive mouth and thick caudal peduncle.

A 3-inch juvenile cutlip minnow showing faint blotches on its side (top).

Distribution. Areas of the Northeastern United States from Vermont to North Carolina. In Connecticut, they appear to be undergoing a gradual range expansion from the Hudson River drainage. They are currently limited to the Housatonic River downstream of Bulls Bridge, the Naugatuck River, and several western coastal streams that have connections to the New York City reservoir system. They are typically common where present. One cutlip minnow was sampled in a tributary of the West Branch Farmington River, probably the result of a bait bucket release. 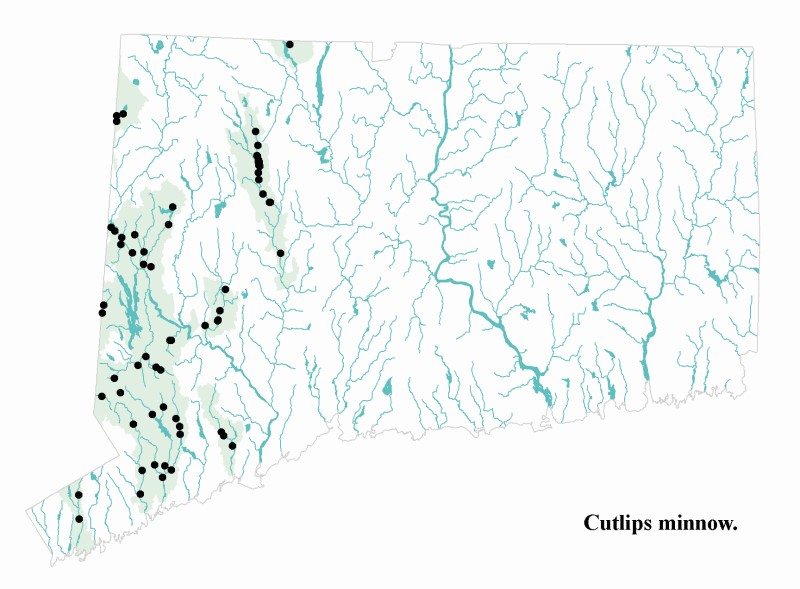 Habits. Prefer quiet pools or slower-flow areas of medium to large streams and can often be found under large rocks in gravelly areas. Can be caught by angling with very small hooks baited with worms. Cutlip minnows are easy to keep in home aquariums, but are fairly aggressive (for a minnow species). 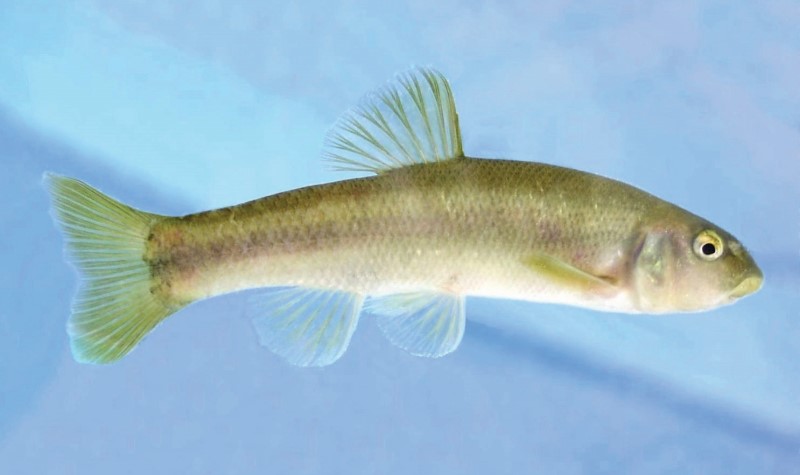 In aquariums, cutlip minnows sometimes knock out and eat the eyes of other fishes.

Comments. The purpose of the cutlip minnow’s interesting mouth adaptation is unclear. It may use its lower jaw as a sort of shovel on the bottom or to crush the shells of mussels. The odd mouth may also play a part in the fish’s interesting tendency to eat fish eyes. In aquariums, a cutlip minnow will sometimes knock the eye out of another fish in a single, glancing blow and then eat it. Based on this behavior, cutlip minnows have been blamed for missing eyes of fishes in the wild. 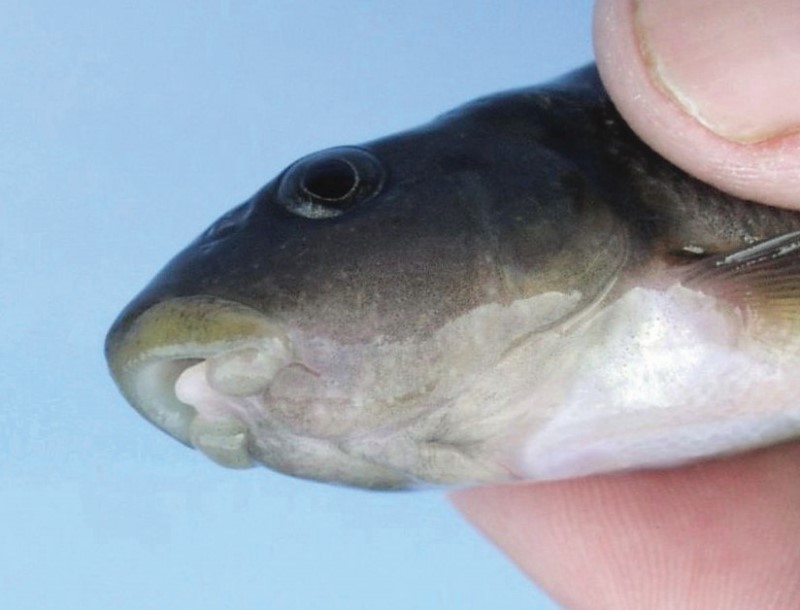 Close-up of the oddly shaped mouth of a cutlip minnow.