A 19-inch adult channel catfish from the Connecticut River.

Juvenile channel catfish typically have several to many dark spots on their sides.

Distribution. Native range is throughout the eastern two-thirds of the United States and southern Canada, excluding most of the Atlantic coastal states from Maine to South Carolina. Widely introduced elsewhere. In Connecticut, the largest population is found throughout the Connecticut River, where they are common to abundant. The Connecticut River population has expanded considerably during the last 20 years, probably displacing the once more common white catfish and brown bullhead. A small, self-sustaining population may be present in the lower Housatonic River. Elsewhere in the state, individuals are occasionally found in lakes and ponds (most having been illegally transplanted by anglers). 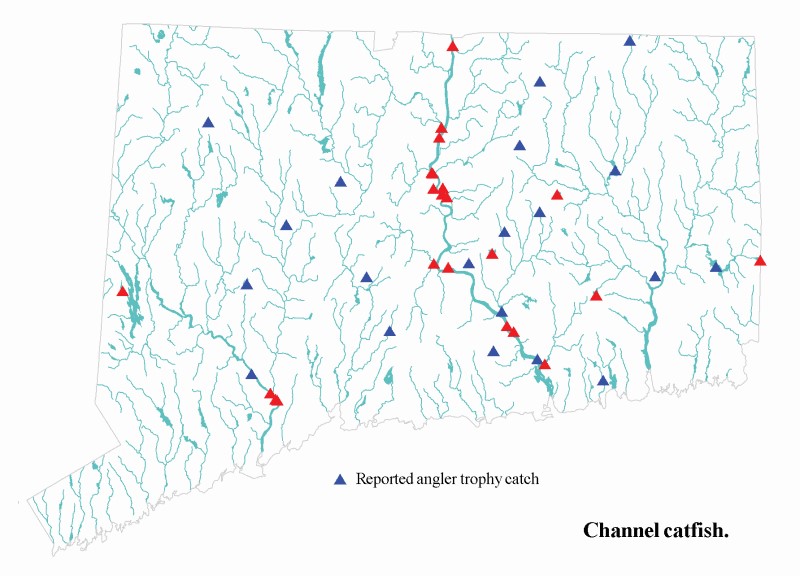 Habits. Prefer rivers and larger streams with fairly clean water. Can be found in lakes and ponds, but typically will not successfully reproduce in smaller lakes. Usually associated with non-vegetated areas. Most active at night, but will also feed during the daytime. Channel catfish can readily be taken with bait (for example, nightcrawlers or minnows) fished near the bottom. Because they are more active predators than other Connecticut catfishes, they can also occasionally be taken on artificial lures. 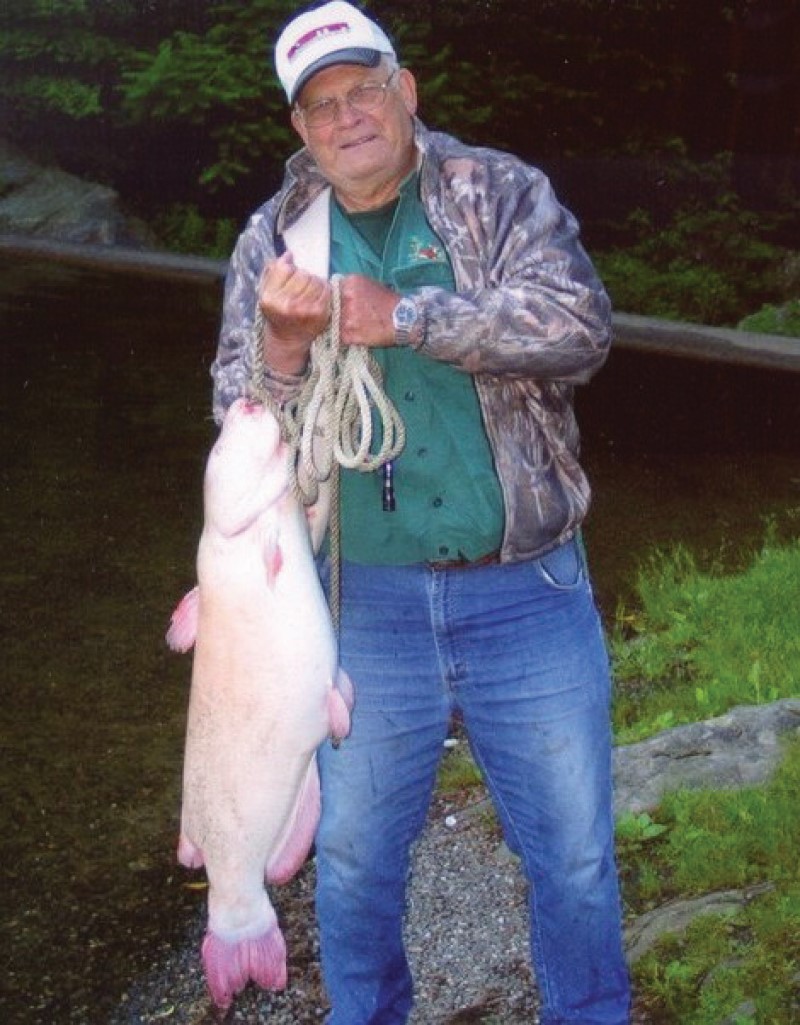 The 29.4-pound state record channel catfish was an albino that probably originated from an aquarium release. Appleton Barrows photo.

Comments. The channel catfish is the state’s largest catfish species. The largest individuals are invariably taken from lakes and ponds, where they grow quickly due to little competition for food. Old fish can be difficult to distinguish from white catfish because many features become less distinct (head enlarges and fins become worn). The channel catfish is a very popular sport and food fish throughout the country. They are commercially farmed and are usually the “catfish” found in supermarket seafood sections. Albino channel catfish are commonly sold in aquarium stores. The State Record was recently (2004) caught in Mashapaug Lake (Union), where channel catfish had not previously been documented. Because of this and the fact that the fish was an albino, it probably originated from an illegal aquarium release. Blue triangles on the state range map represent sites for which anglers received trophy-fish awards for channel catfish.