A 10-inch sea run blueback herring from the Connecticut River. 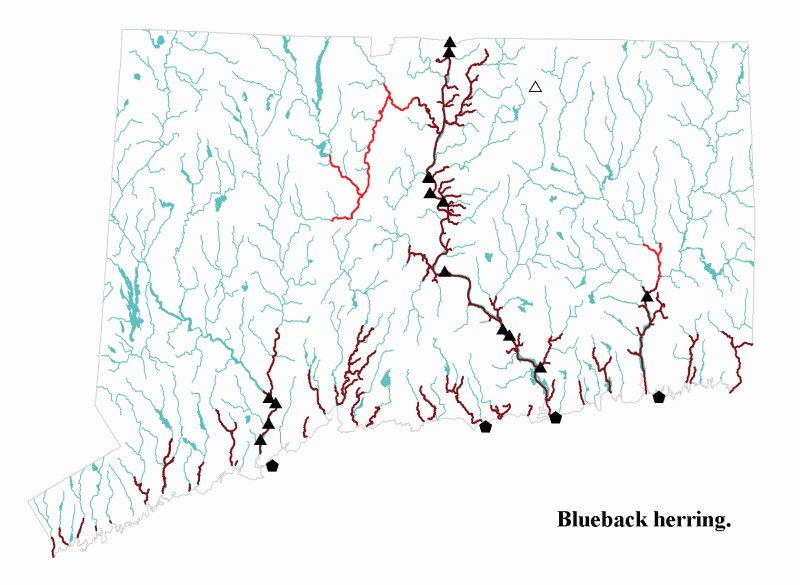 Habits. Adults spend most of their lives in salt water. They make spawning runs up their streams of origin typically during May and June in Connecticut. They typically spawn in faster currents and will penetrate farther upstream than alewives. Adults return to the sea after spawning. Juveniles feed in the rivers until fall, when they migrate to salt water. They can be caught by angling on a small jig or fly as well as by snagging or dip netting.

Comments. Blueback herring and alewives are often collectively referred to as “river herring” or by many anglers as “buckies.” Blueback herring and alewives are so similar that the color of the gut lining (peritoneum) is the only sure way to tell them apart. As with alewives, blueback herring numbers are currently low in Connecticut for reasons that are not fully understood. The best way to observe blueback herring spawning runs is to visit the base of dams on warm days in May during periods of low, clear water. Good locations are the Housatonic River at the Derby Dam, Sasco Brook in Westport/Fairfield at U.S. Route 1, the Salmon River at the Leesville Dam in East Haddam, and the Shetucket River at the Greenville Dam in Norwich. 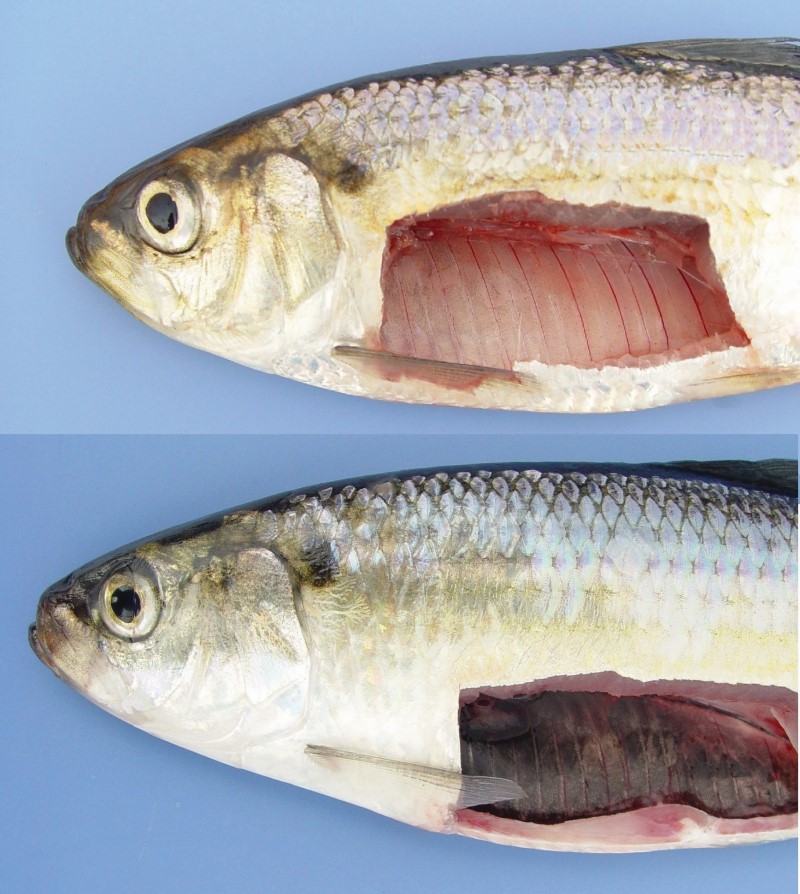 The color of the gut lining is the most certain way to tell an alewife (top, pinkish colored) from a blueback herring (bottom, dark colored).