Distribution. East Coast from Newfoundland to Long Island. In Connecticut, they occasionally enter the mouths of most freshwater streams that enter Long Island Sound, where they are probably uncommon to rare in abundance. 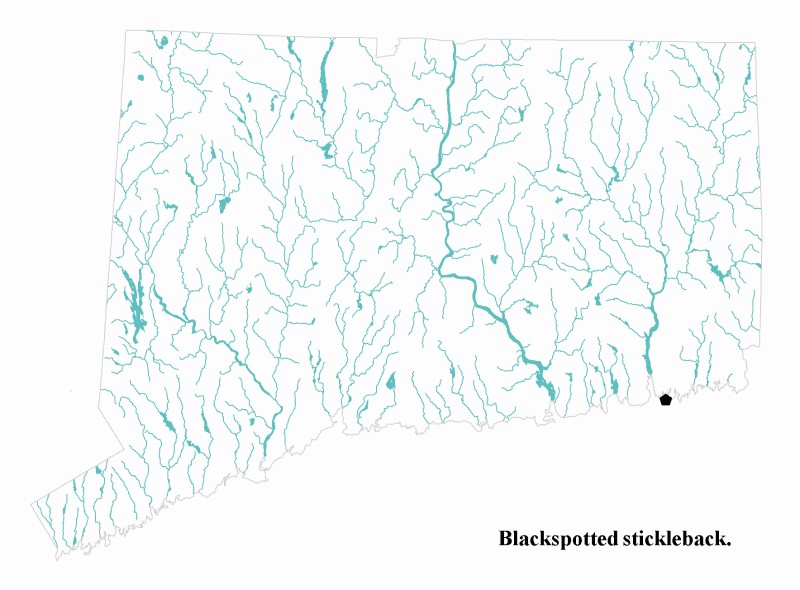 Comments. The blackspotted and threespine sticklebacks are so closely related that taxonomists have debated whether they should be designated as separate species. Rarity and difficulty with identification cause the blackspotted stickleback’s whereabouts in Connecticut to be unclear.