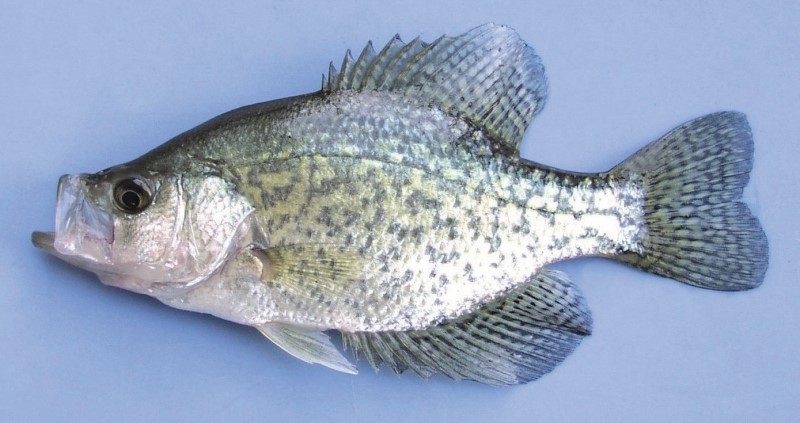 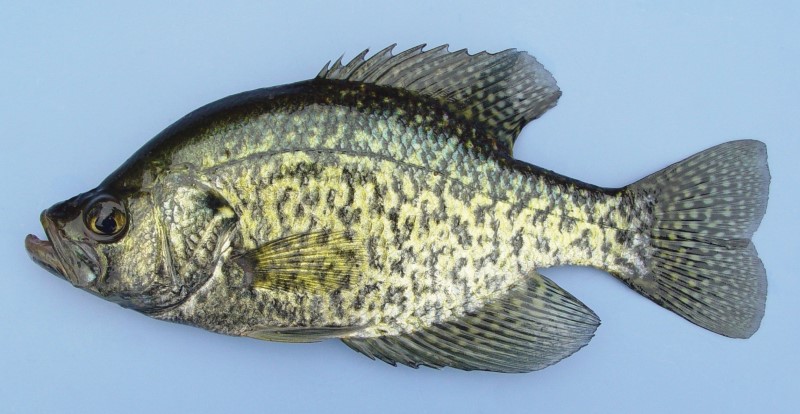 Distribution. Native range includes the Eastern United States and southern Canada from the Mississippi drainage eastward, excluding most of the Atlantic coastal states from Maine to Virginia. Has since been widely introduced elsewhere. In Connecticut, black crappie occur within all drainages, where they are typically uncommon to common in abundance. 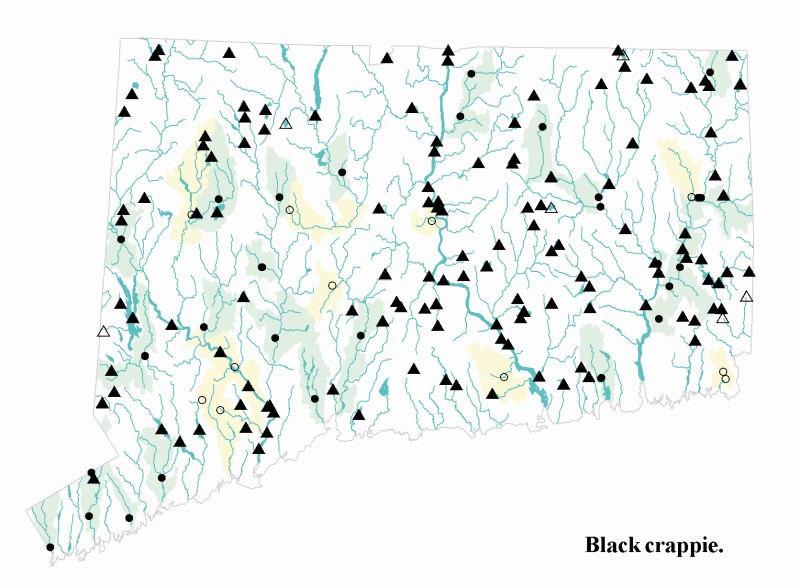 Habits. Prefer at least moderately clear water of lakes and larger ponds, as well as backwaters of larger streams and rivers. They are usually found in small schools and prefer moderate amounts of submerged vegetation. Crappie are often found near cover, such as boulders or fallen trees. Spawning occurs in shallow water usually near vegetation in the early spring (usually April). The nests are cleared circular areas 8 to 10 inches in diameter and are not as conspicuous as those of many other sunfish. Crappie can be readily caught by angling on a variety of small baits and lures. Popular baits are small jigs or live minnows. Crappie are fairly easy to keep in home aquariums, but require live food, preferably fish. They are passive, and perish quickly if stressed by larger fish. They fare best if they are the largest fish in the tank.

This 2.5-inch juvenile black crappie is more slender than an adult and has only a hint of the adult color patterns.