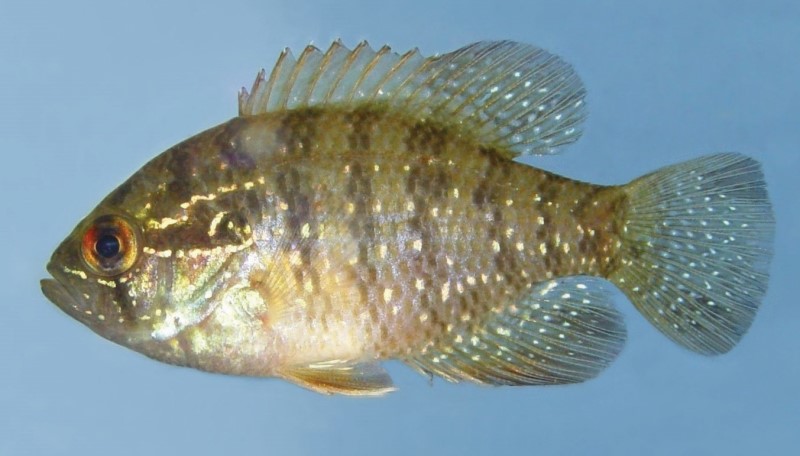 A 3-inch mature banded sunfish. Note the light spots and dark band through the eye. 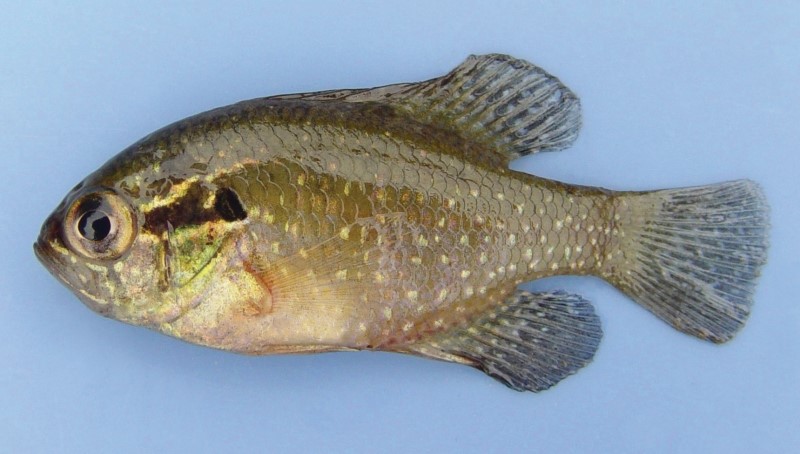 Distribution. Atlantic coastal plain of the United States from New Hampshire to Florida. In Connecticut, banded sunfish are limited to the eastern coastal plain in scattered sites along the lower Connecticut River Valley and eastward to Rhode Island and also north in ponds and streams along the Quinebaug River Valley. They are typically uncommon in abundance. 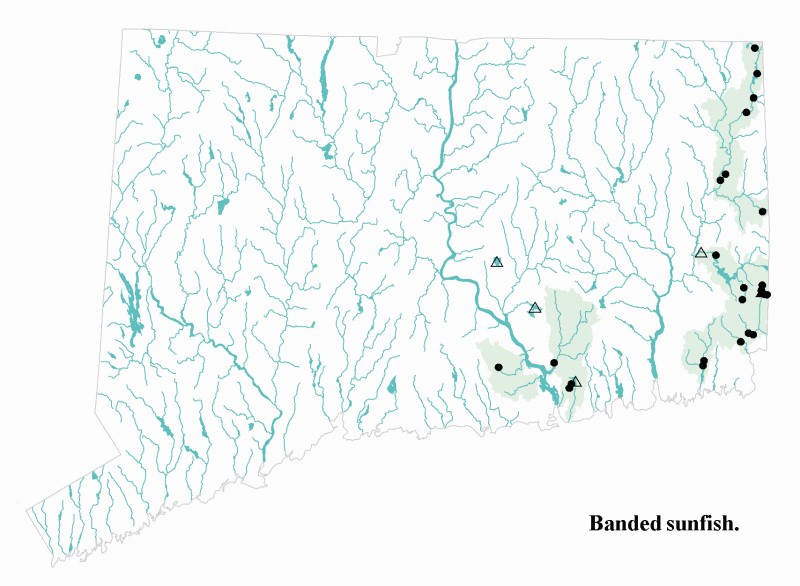 Comments. The banded sunfish is listed as a Connecticut State Threatened Species. Their small size makes them vulnerable to predation by bass and other large gamefish, so they thrive only in protected, backwater areas. Since the 1950s, they may have disappeared from a few larger lakes, but it is unclear whether their populations are declining elsewhere in Connecticut.