Identification. Streamlined shape. Similar to mummichog, but with a more slender caudal peduncle and body and the dorsal fin is set farther forward (distance from first dorsal ray to beginning of tail fin about equal to distance from first dorsal ray to middle of eye). Usually has 12-20 dark vertical bands on sides. Lateral-line scales greater than 40. Base of first dorsal ray directly over or slightly ahead of first anal ray. Typically dark gray on back fading to bluish gray on sides and white to yellow on belly. Spawning males develop yellowish lower fins and iridescent bluish or purplish casts on their sides. 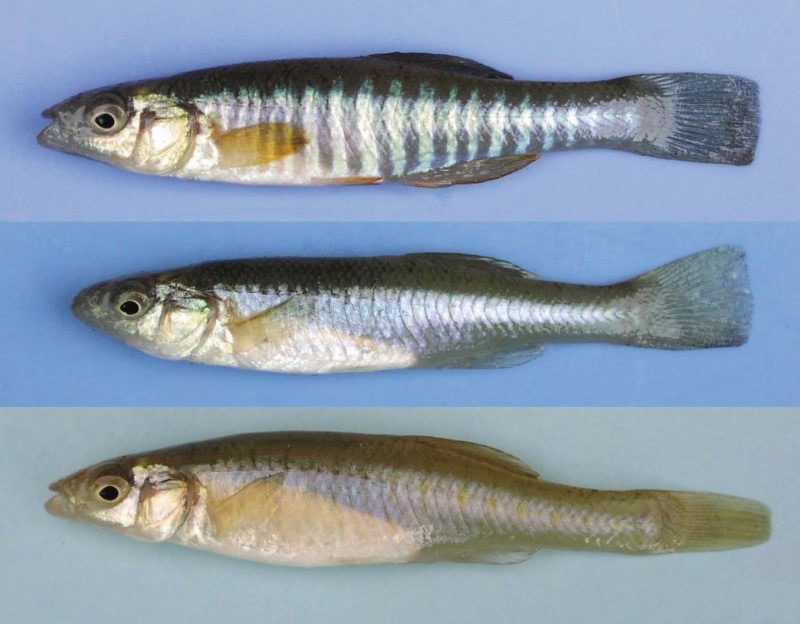 Distribution. North America, primarily within the United States from Wisconsin to Newfoundland and south to South Carolina. In Connecticut, the banded killifish has a patchy distribution within all major watersheds. They are typically common where found. 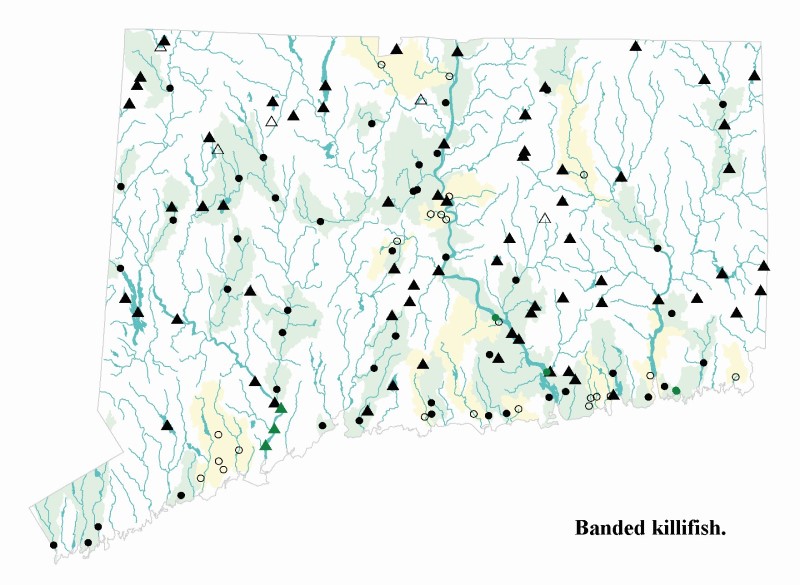 Habits. Prefer shallow, still areas of lakes and ponds and slow-flow areas of larger rivers and streams. Usually found over sandy bottoms, often near vegetation. Moderate-size schools are often seen in very shallow water (less than 6 inches deep) of lakes. Can be captured with a small-mesh dip net or seine.

A robust, 4-inch banded killifish from the lower Connecticut River.

Comments. Our only freshwater killifish species, although estuarine populations occur in the lower reaches of most Connecticut coastal rivers and streams.