For unclear reasons, populations of Atlantic tomcod have recently declined throughout much of its range (8-inch specimen pictured).

Distribution. Atlantic Coast from Labrador to the Chesapeake Bay. In Connecticut, they may be found in or near any freshwater stream that flows into Long Island Sound, where they are uncommon to rare in abundance. 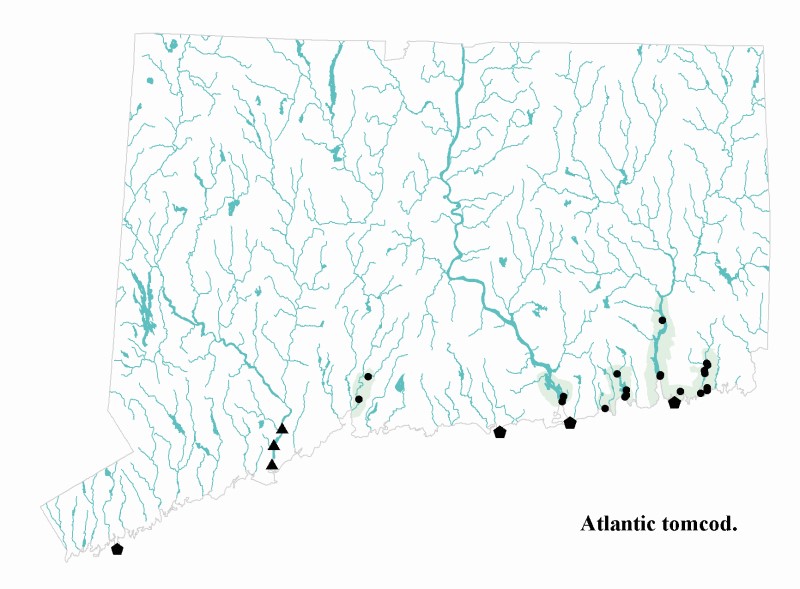 Habits. A bottom species that prefers coastal salt water, estuaries and rivers connected to the sea. They migrate into upper regions of tidal areas during the fall and winter to spawn. Can readily be taken by fishing with bait (such as sandworms) on the bottom. Tomcod are difficult to keep in home aquariums because they require cool water (below 65° F). They will eat a variety of live, freeze-dried or frozen food. They are timid and slow-moving fish that prefer some salt content in the water.

Comments. Sometimes known as “frostfish.” For unclear reasons, Atlantic tomcod have recently experienced a precipitous decline in Connecticut and throughout much of their range. They are currently the subjects of intensive study to determine the cause.