Smaller Atlantic silversides, such as this 3.5-incher, aren't quite as bright as the adults.

Distribution. Common on the Atlantic Coast from the Gulf of St. Lawrence to northern Florida. Atlantic silversides are found along the entire Connecticut coastline, where they are typically very abundant. 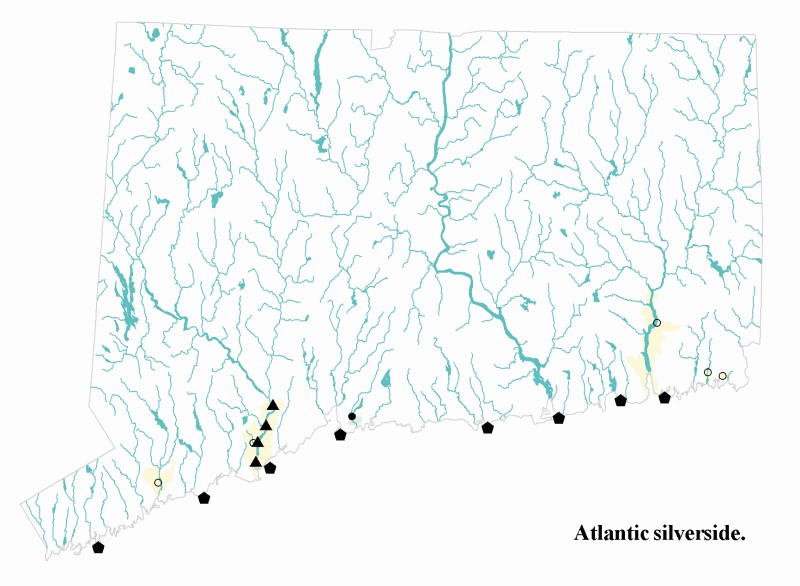 Habits. Prefer a sandy bottom or grass beds in shallow water of estuaries and tidal creek mouths. Rarely move upstream into completely fresh water. Typically found in large schools, which flash brightly in unison when disturbed. Can be caught with a small-mesh dip net or seine.

Comments. Their abundance makes them very important forage fish for many marine predators, such as striped bass, fluke and seabirds.