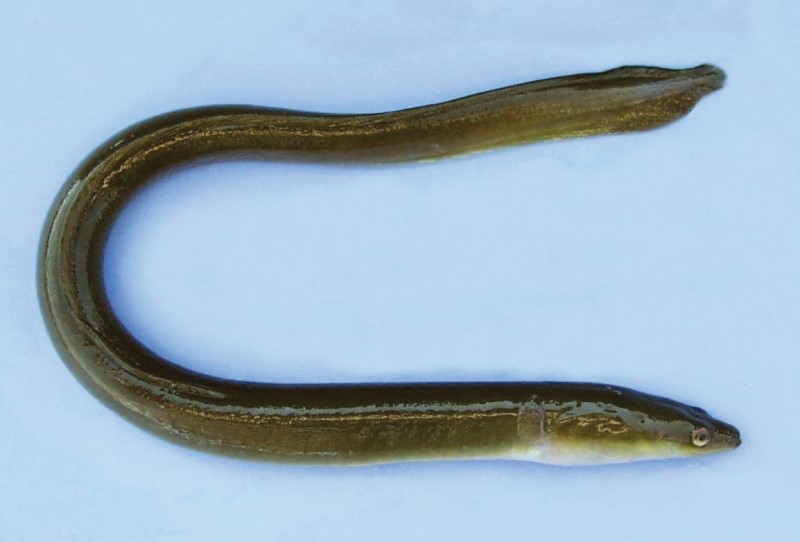 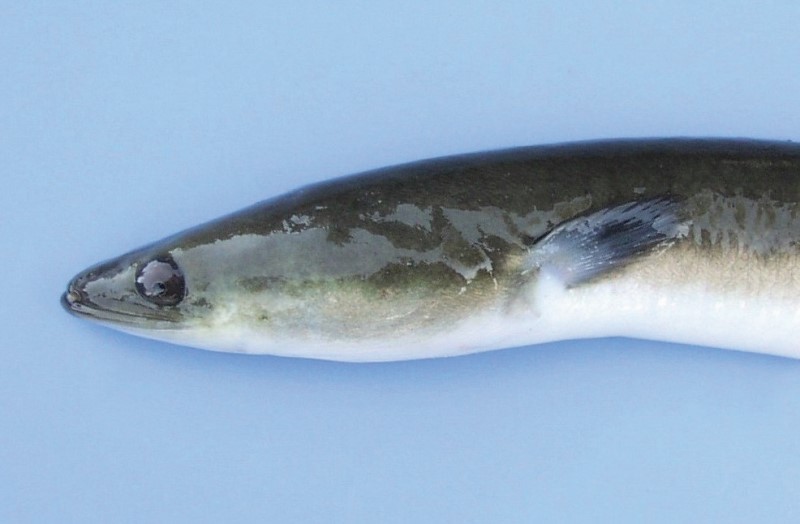 The presence of jaws and pectoral fins distinguishes an American eel from a lamprey.

Distribution. West Indies and all along the Atlantic and Gulf coasts from Greenland south, occasionally as far south as Brazil. Found inland in the United States to the Great Lakes and Mississippi drainage and parts of Texas. Found in all Connecticut drainages up to points of significant barriers to migration (high dams). Typically common in lakes and ponds closer to the coast. Can be extremely abundant in larger rivers and streams. Population densities within watersheds typically decrease upstream of each dam. 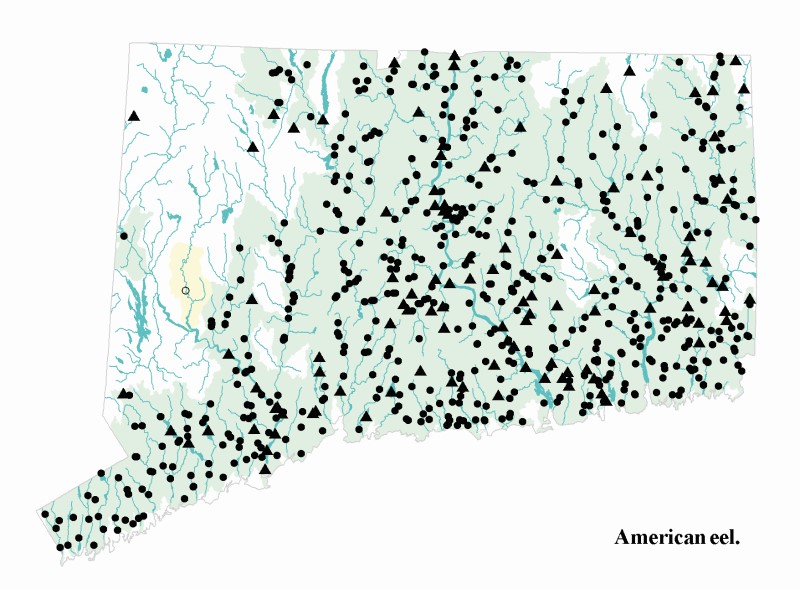 Habits. Primarily nocturnal. May be found almost anywhere in lakes, ponds or streams, but tend to stay under cover, out of the current. Connecticut’s only species that spends most of its adult life in fresh water, but spawns in salt water. All American eels spawn in an area of the Western Atlantic Ocean called the Sargasso Sea that encompasses the infamous “Bermuda Triangle.” They die shortly thereafter. Larval eels drift northward for about a year and enter most of Connecticut’s rivers as “glass eels.” American eels have the ability to move short distances overland, typically slithering through wet grass at night, to pass low barriers to migration. They live 10 to 20 years in fresh water before migrating back to the sea. 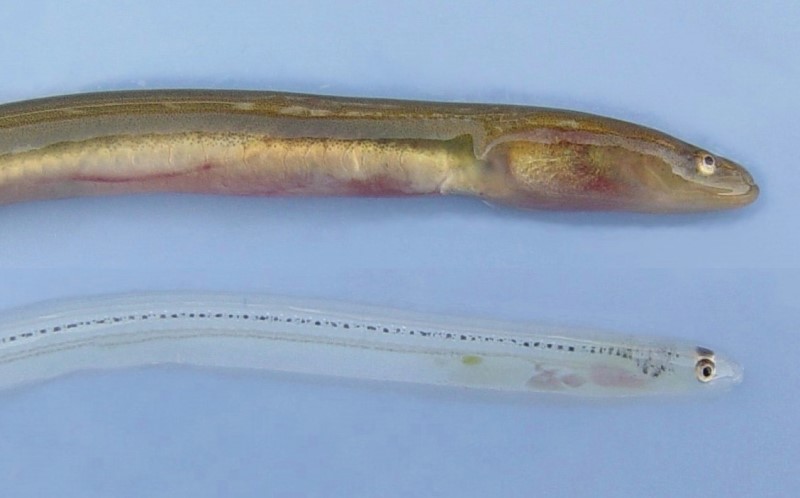 Comments. Most Americans do not eat eels, but the species is an esteemed food fish in Europe and Asia. Most eels caught commercially in Connecticut are sold as bait for striped bass. Although still common, the American eel is declining in numbers throughout its range. The reasons for this decline are unknown. Specially designed eel passes are now being built at many dams to assist the fish with their upstream migration, and more research is being devoted to developing technologies to help out-migrating silver eels avoid power-plant turbines.