Sea-run brown trout are popular game fish that grow very large at sea before returning to streams and attracting many anglers in their pursuit. Sea-run trout streams are designated waters believed to be able to support anadromous brown trout. These areas are stocked with fingerling and yearling brown trout.
Special regulations apply at Sea-run Trout Streams of 2 trout per day per person, 15 inch minimum length and no closed season (open year round). Be sure to consult the Fishing Guide before you head to a sea-run trout stream for site-specific regulations. There are 8 designated sea-run trout stream sections: 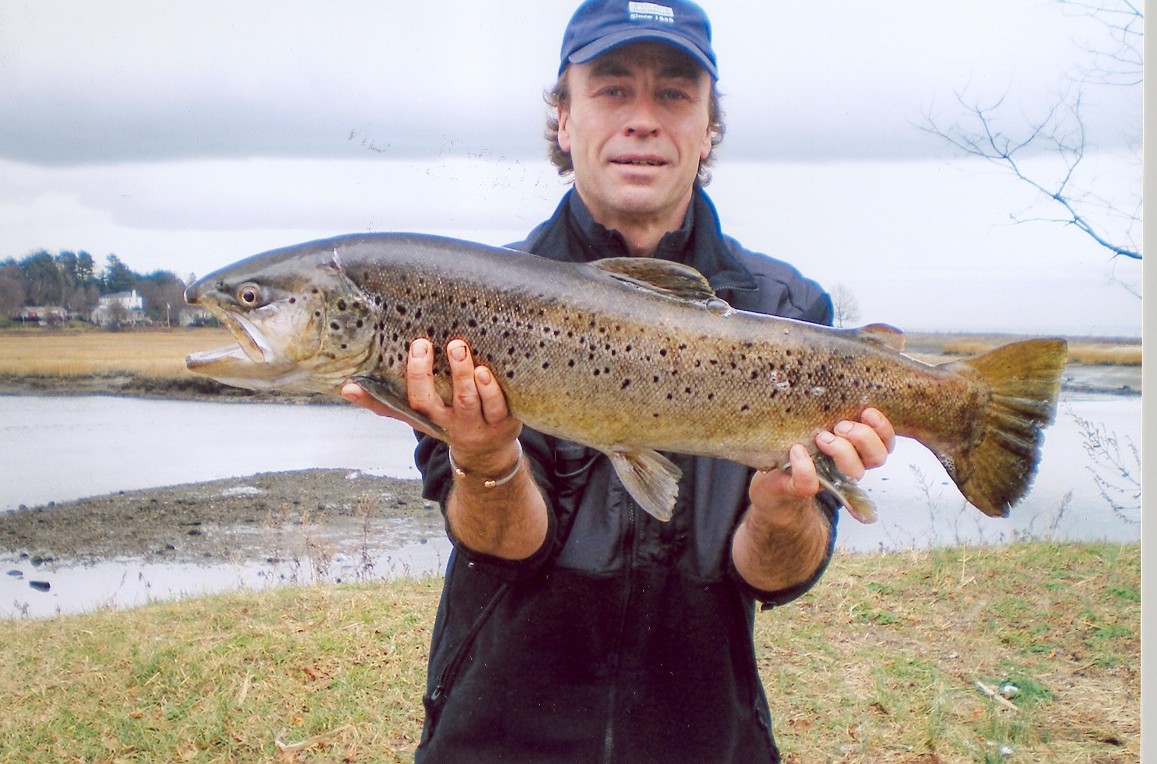 Brown trout (Salmo trutta) are native to Europe. The species was introduced into Connecticut streams during the late 1800s and stocking from State hatcheries continues to the present. Natural reproduction occurs in some streams and wild populations now exist. It was realized many decades ago that some of these trout migrate into Long Island Sound, where they live and mature and then return to streams to spawn. This anadromous form of brown trout is common in Europe and in New England the fish are referred to as "sea-run trout". The native species of trout, brook trout (Salvelinus fontinalis), also had a sea-run form called a "salter", but such individuals are no longer found in the state and are rarely found south of the Gulf of Maine. Sea-run brown trout, which can tolerate the warmer water of Long Island Sound, may grow up to 10 plus pounds while at sea, and are highly valued as a sport fish. The Connecticut state record sea-run brown trout was 10.5 lbs caught by Ron Merly in the Saugatuck River in 2006. 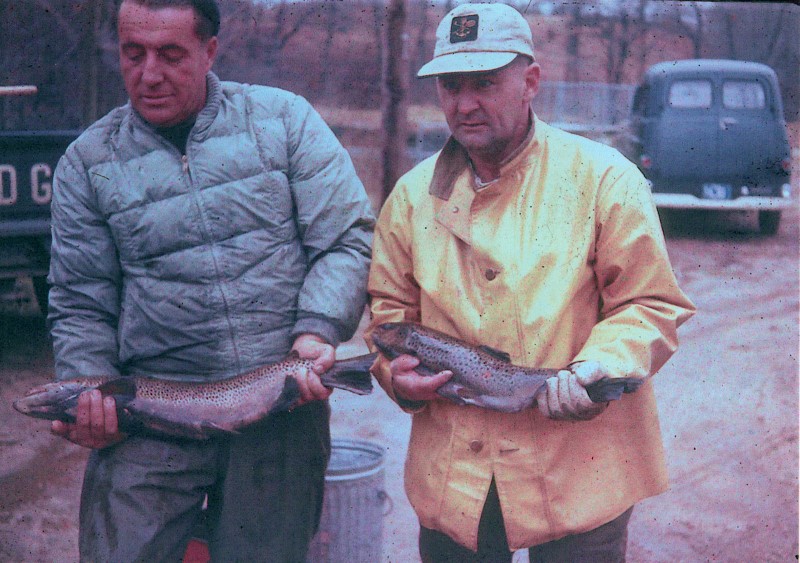 Attempts to establish runs of sea-run brown trout to Connecticut streams began in the early 1960s with the introduction of sea-run strains of brown trout from Europe. This effort was discontinued due to limitations of the hatchery system and poor returns in the late 1970s. However, small numbers of sea-run brown trout continued to appear in our streams and be caught by anglers. These fish appear in coastal streams in Connecticut in low numbers and the Fisheries Division seeks ways of increasing their numbers by stocking special strains of trout in different streams and with different life stages. An effort to enhance those runs—both in terms of the numbers returning and the number of streams to which they return—was begun in 2001 by using the existing strains of hatchery trout in Connecticut. Very few of these fish were returned to the creel as adult sea-run brown trout. The most recent attempts began in 2014. Based on the limited success of using domestic strains, the Fisheries Division looked to Finland for a highly migratory strain of brown trout.

Eggs from the Iijoki strain of brown trout were first imported in 2014. The eggs were hatched at the Burlington State Fish Hatchery. The program involved stocking select rivers with fry (recently hatched fish), as well as parr (one-year-old fish) and smolts (two-year-old fish ready to migrate to sea). The program continued to import eggs through 2019.

In 2020, based upon the apparent lack of returning fish over the years (reports from anglers and based on DEEP research), no additional eggs will be imported. The fish currently in the hatchery will be stocked using the pre-set schedule. If reports of returning fish do not increase substantially, the program will come to an end once again.