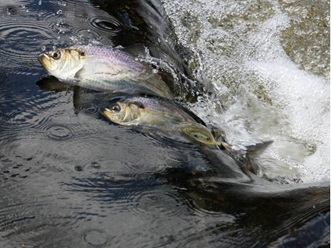 Most migratory fish are either anadromous or catadromous. Anadromous fish spend most of their adult lives at sea, but must return to freshwater to spawn. Catadromous fish live most of their adult lives in freshwater, but must return to saltwater to spawn. Collectively these two groups are sometimes referred to as diadromous. There is only one catadromous fish species in Connecticut, the American Eel. It is found in all waterbodies in the state with the exception of the following locations: An updated list of the migratory fish runs of Connecticut is available. The list does not include Striped Bass, Gizzard Shad, Shortnose Sturgeon, or Atlantic Sturgeon. Striped Bass are anadromous fish found in Connecticut, but are not known to spawn in Connecticut. They enter larger coastal rivers to feed and may be found upstream to the first significant barrier. Gizzard Shad are anadromous fish that have been found in Connecticut since the 1980s. Their range naturally extended from southern populations and they are now found in many Connecticut coastal rivers. Although anadromous, Gizzard Shad also easily landlock forming freshwater populations.

Both species are listed as federally endangered and if caught must be released immediately and not injured.

More information on each of the migratory species can be found on the Freshwater Fishes of Connecticut page. 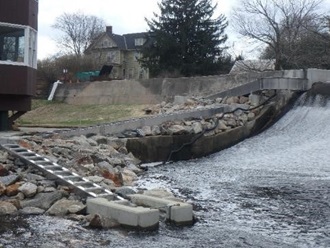 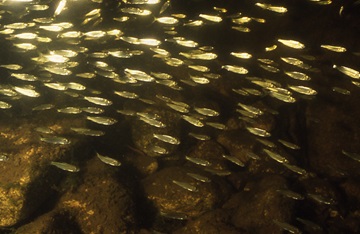