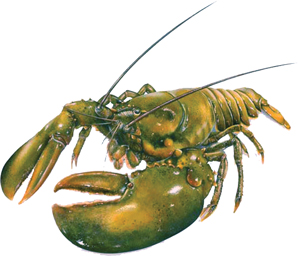 Investigating the presence of pesticides in American Lobster from Long Island Sound
A large and well documented lobster die-off occurred in Long Island Sound during late 1999. Since then, mortality events continue to be an annual fall occurrence in the Sound. Many lobstermen, concerned citizens and elected officials have expressed concern that pesticides might be somehow related to these lobster die-off events.

2015 American Lobster Benchmark Stock Assessment Executive Summary
Highlights of the most recent lobster stock assessment which finds that the Southern New England stock is severely depleted and in need of protection, while the Gulf of Maine and Georges Bank stocks show record abundance.

ASMFC Draft Addendum XXV to Amendment 3 to the American Lobster Fishery Management Plan
This draft document was developed for Management Board review and discussion during the October 2016 Lobster Board meeting.

Notice to Lobster Fishermen Lobster Closed Season - Reminder
This notice serves as a reminder of the upcoming fall season closure required under Addendum XVII to the Atlantic States Marine Fisheries Commission’s (Commission) American Lobster Fishery Management Plan which was approved in November 2011. The season closure is the same as 2013 and 2014 and applies to all Long Island Sound waters (LMA 6), extends from September 8 through November 28, inclusive, and applies to both recreational and commercial fisheries and all gears. Between those dates possession of lobsters taken from LMA 6 or from traps with LMA 6 trap tags is prohibited.

Informational Meeting for Commercial Lobstermen
DEEP presentation by Marine Fisheries Division staff who held two informational meetings with lobstermen to update them on activities of the ASMFC American Lobster Technical Committee and Management Board.