Have a question regarding DCF and the coronavirus? Email us at: DCF.COVID-19@ct.gov 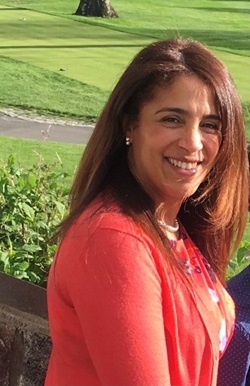 "Foster care should be about restoration"

The relationship a child has with his or her parents is critical to their wellbeing and emotional health. When separation results in a child entering care, the impact on a child can be detrimental if the emphasis of the system is not on upholding, nurturing, and strengthening the parent-child relationship and connection.

Relationships and supporting families and communities are the fundamental concepts that lie behind the Department of Children and Families' (DCF) "Quality Parenting Initiative" (QPI).  QPI is a program of the Youth Law Center and now, DCF is one of the National QPI sites which includes 75 jurisdictions in 8 states.

Why QPI? Historically, the unintended consequence of the child welfare system and its policies was the retraumatizing of disenfranchised children, families, and their communities. Today, child development experts, social justice advocates, and the voices of youth, parents, caregivers, and community partners made a call to action - a call to dismantle the old system and do better.

QPI, the approach, lifts and leads the transformation of child welfare, child protection and foster care systems.  Its focus is on building relationships where the child's well-being -holistic well-being - is at the center and the basis for policy and practice.

"When a child enters foster care, the child may not understand the cause of the separation or have language to articulate emotions or reasons. When a child enters foster care, their parents not only deal with the circumstances leading to the separation, addiction and or mental health, but also the fear of not knowing if their child is safe and the idea of being replaced as a parent, permanently. So, it is so important that licensed caregivers understand the dynamics of separation and serve as a bridge between the child and the parent," Ms. Liriano said. Research shows the importance of the parent-child relationship and what the trauma of separation does to a child.

DCF Commissioner Vannessa Dorantes recently spoke about QPI. "We must do everything possible to maintain children safely within their own home. But if safety reasons require that the child be placed, then maintaining the relationship between child and parent is vital for the child's wellbeing," said Commissioner Dorantes.  "QPI will reinforce the bonds between the parents and child and reinforce the importance of the foster parent and birth parent forming a relationship at this critical point in time when the child has just experienced the trauma of separation," she said.

"QPI will reduce internal conflicts experienced by the child upon entering care. By showing the child that the foster parent, the biological parent, and the Department are all working together, the child will feel more comfortable. The child realizes it's okay to love my mother even if she can't care for him or her," stated DCF Deputy Commissioner Michael Williams. "Mommas love their children, and children love their mothers."

Under QPI, the parent who has been separated from their child will no longer be prevented from playing an active role in that child's life. "Parents need to know their role as parent is not sidelined and that their child is in good hands. If the department can create that environment, the parent is able to focus on their well-being and addressing the underlying reason for the needed separation," stated Deputy Commissioner Williams.

"If I know my child is safe, then I can get the help I need," Ms. Liriano said. "By taking this inclusive approach, parents and licensed caregivers will experience respect, have clear expectations, and know they are part of a team. They engage in shared parenting and in the development of practice and systems improvement."

She said, "One concrete change underway is implementation of "comfort calls," where a licensed caregiver calls the parent within 24 hours, if not sooner after placement, to assure them that their child is safe." After this Ms. Liriano described a face to face visit (or virtual) occurs called an "ice breaker."  The icebreaker is the beginning of shared parenting between the parent and licensed caregiver.  The purpose is to reduce parent's anxiety, increase licensed caregiver understanding of the child, exchange information, schedules and to answer questions and breakdown perceived or real barriers to the relationship being formed. 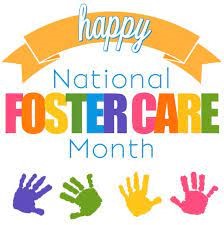 Ms. Liriano stated some foster parents are already embracing the approach. "We already have licensed caregivers sending texts and pictures and making sure the parents are involved daily with their child," she said. An example of shared parenting could include inviting the parents to the home to spend time with the child in their environment or extending an invite to an organized family event such as birthday parties or dinner. It is the expectation these activities would be reciprocated after the child is reunified, whereby expanding the child's village of support.

Rebecca Allen, a licensed caregiver, shared her experience of shared parenting on WFSB Channel 3 who was highlighting National Foster Care Month. Ms. Allen shared how partnering with a mother and experiencing the reunification of child and mother was the ultimate reward. "Partnering with the biological parents is my favorite part," she said. It is so important, Ms. Allen added, that parents know "that I am the number one person on their team fighting to get their child back to them."

"We're not looking for caregivers to replace mom and dad," Ms. Liriano said. "It's about covering and supporting them. Foster care should be about restoration."

Ms. Liriano said efforts are underway to permeate QPI throughout the child welfare system, not just child protection.  So far, the QPI approach has been messaged with community stakeholders, parent and child attorneys, contracted providers, and administrative DCF staff. Each region established a local QPI Steering Committee with representatives from all areas of the department including licensed caregivers.

The department has 30 QPI champions who participated in an eight session QPI Champion Development series and are members of the national QPI peer network. They are charged with leading task groups, recruiting allies, and keeping the QPI message alive. QPI champions are active participants on the CT Caregiver Practice Model, Statewide Kinship Onboarding Curriculum Development Teams and recently, participating in drafting a federal grant proposal.