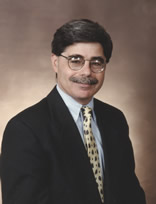 Robert L. Genuario was appointed by Republican Governor M. Jodi Rell to serve as the Secretary of the State of Connecticut Office of Policy and Management (OPM) in January 2005.  OPM is the Governor's staff agency in Connecticut and is responsible for all aspects of policy, planning, budgeting and management of state government.

Genuario was a seven term Republican State Senator representing the 25th district, which includes the towns of Norwalk and Darien. His experience in a wide variety of policy areas and his leadership on key budgetary issues was an asset in his service to his constituents and to the citizens of Connecticut.

For four consecutive terms, Genuario was named the Senate’s ranking member on the Connecticut General Assembly’s Appropriations Committee, a powerful committee charged with overseeing the allocation of state funds.  In addition, Senator Genuario served as ranking member of the General Assembly's Education Committee and the Planning and Development Committee.  He was also a member of the Judiciary Committee, the Energy and Technology Committee, and the Legislative Management Committee, as well as on the Governor's Alcohol and Drug Policy Council.  Genuario was also appointed to serve on the Program Review Committee, as well as on the Elementary and Secondary Education Committee. The Program Review Committee conducts in-depth studies of government initiatives, evaluating their effectiveness. The Elementary and Secondary Education Committee addresses education issues for grades K-12.  Senator Genuario’s responsibilities as a member of the Senate Republican Caucus also included serving as Deputy Minority Leader.

Return to Welcome Message from the Secretary