Size: Up to five inches.

Pseudocardinal Teeth: Present. Two on the left valve and two or three on the right valve. The teeth are stout, with striations on the surface, and usually located directly under the beak [this is an important feature for distinguishing this species from the tidewater mucket].
Nacre: Color white or bluish-white. Nacre thicker and more lightly colored toward the anterior end. 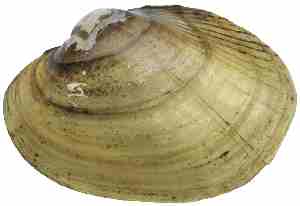 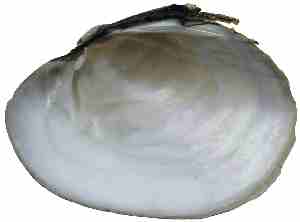 Habitat: The yellow lampmussel inhabits medium to large-sized rivers and lakes, and exists in a variety of substrate types.

Conservation: Though historically known from the Housatonic watershed, this species has not been documented in this watershed since the 1960s. The yellow lampmussel is listed as endangered in Massachusetts and threatened in Maine.