One Month In, First-Of-Its-Kind Local Program Has Already Diverted 5,600 Pounds of Food Scraps From the Waste Stream

For the pilot program, approximately 1,000 Meriden households were provided with special color-coded bags to dispose of food scraps and other organic waste, which are collected at the same time as trash (co-collection) and transported to Quantum Biopower in Southington, where the organic waste is transformed into renewable energy (biogas) and composted for use as nutrient-rich material that can be used to enrich soil. Meriden’s innovative pilot is providing the city and the State with valuable information on how the process of food scrap co-collection can reduce the amount of trash residents dispose of, at a time when cities and towns have seen municipal solid waste tipping fees increase considerably over the last few years.

Some information gleaned from the program thus far:

“We are excited about the initial results from the City of Meriden, both in participation and in numbers, and look forward to other communities following Meriden’s lead to reduce waste,” DEEP Commissioner Katie Dykes said. “These strategies have proven effective at reducing waste elsewhere in the U.S. and abroad, and there’s no reason that can’t be the case here in Connecticut. As our state faces a solid waste disposal crisis, with fewer and rapidly aging disposal options in the state and tipping fees increasing, we must implement solutions that are both effective and environmentally sustainable. The Making Meriden Green program is one such solution, and I applaud the city for its efforts. We look forward to the continued progress of this pilot, which has already served as an example for other Connecticut communities as they explore their own sustainable waste reduction solutions.”

“Meriden is proud to pilot the Co-collection program to better serve our environment,” said Meriden Mayor Kevin Scarpati. “It has been great to see those who chose to participate in the pilot program, embrace it and come together to make Meriden a more sustainable community. We look forward to bringing in more residents to the program and working with the state and other neighboring communities to support in implementing the co-collection program.”

Funding for the pilot covers the purchase of the special color-coded bags for food scrap separation over the four-month duration of the pilot, as well as personnel to sort the bags, and the shipment of food scraps to Quantum Biopower. In addition to DEEP and the City of Meriden, project partners include the South Central Regional Council of Governments (SCRCOG), HQ Dumpsters (waste hauler), Quantum Biopower, Sustainable Meriden, and WasteZero.

"We are excited to offer this opportunity as we continue to find ways to reduce costs to our customers and improve the environment,” Jack Perry, owner of HQ Dumpsters said. We hope that this program encourages more involvement from the solid waste community on ways to reduce the overall cost of managing solid waste.”

“What perfect timing for this pilot. Hats off to the residents of Meriden and the State of Connecticut,” said WasteZero President Mark Dancy. “Through their efforts they are proving that the United States can, indeed, follow the best practices of the rest of the world in efficient materials management. It’s just a start, but it is game changing. Imagine the economic, energy and environmental impact if the entire country followed suit.”

Connecticut is facing a solid waste disposal crisis, as traditional options for disposing of municipal solid waste (MSW) are diminishing or becoming more expensive. With fewer and rapidly aging disposal options in the state, residents and municipal leaders can expect tipping fees to increase at the remaining in-state waste-to-energy facilities, along with rates for out-of-state landfilling, leaving businesses and towns vulnerable to unpredictable cost increases, and potential long-term liability.

DEEP has been working closely with municipalities over the past year through theConnecticut Coalition for Sustainable Materials Management (CCSMM) to scale up sustainable solutions to our state’s waste problem. Now composed of 90 municipalities, the CCSMM several solutions available to municipalities. Food scrap/organics collection and diversion is one of those solutions.DEEP has found that food scrap collection programs are most effective when paired with pay-as-you-throw programs for trash. Unit-based pricing is a method of charging for trash disposal based on the amount disposed, which incentivizes residents to participate in available food scrap collection programs to reduce the amount of trash they pay to throw away. Unit-based pricing is globally recognized as the single most effective action a municipality can take to reduce waste, increase recycling, and reduce climate impact. 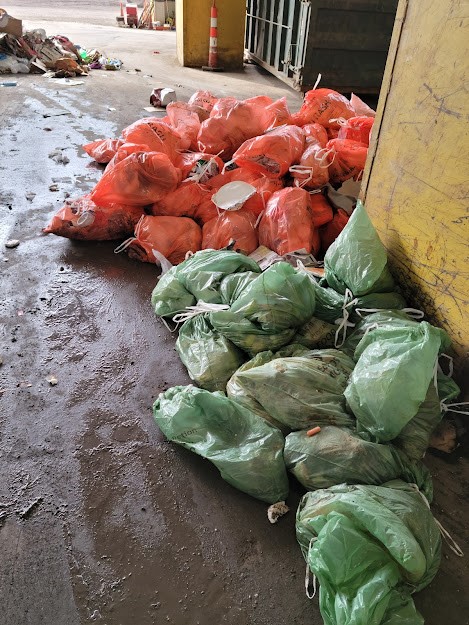