A typical 4-inch common shiner looks at first glance to be simply a "generic" shiner.

Distribution. Widely distributed in North America east of the Rockies. In Connecticut, common shiners are found in almost all drainages, with the exception of many coastal streams. Where found, they are typically common in abundance. 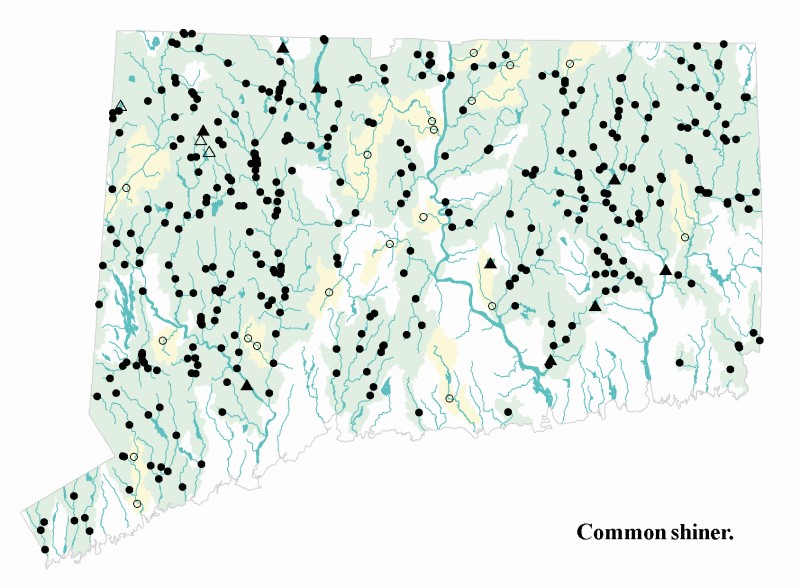 Habits. Prefer cool, clear waters of small streams to medium-sized rivers, where they are typically found in pool areas. They are rarely found in lakes. Can be easily caught on very small hooks baited with bits of worm. Easy to keep in home aquariums, but are relatively fragile.

Comments. Having no obvious distinctive characteristics, a common shiner appears to most people at first glance to be simply a “generic” shiner. For this reason, in Connecticut this species is easiest for beginners to identify by process of elimination — in other words, if it isn’t one of the other shiners, it is probably a common shiner.

Smaller (3 inches or less) common shiners are more slender than the adults.