The Plan to Restore Diadromous Fishes to the Naugatuck River Watershed

The Naugatuck River is the largest tributary of the Housatonic River with a watershed encompassing 311 square miles. Diadromous fish species, including Alewife, Blueback Herring, American Shad, American Eel, and Sea Lamprey, were once common and seasonally abundant in the watershed. Spawning runs of these migratory species were extirpated from the upper mainstem and virtually all tributaries by the mid-1800s due to the construction of dams and industrial pollution. With the backing of many state and federal agencies and the hard work and dedication of a multitude of partners throughout the watershed over the last 50 years, the Naugatuck River is better positioned now than it has been in centuries to stage a return of large annual runs of native diadromous fish.  Success in diadromous fish restoration has been achieved in a number of river watersheds in Connecticut and elsewhere. In order to provide a framework for restoring runs of selected diadromous fishes to the watershed, the CT DEEP Fisheries Division has produced the Plan to Restore Diadromous Fishes to the Naugatuck River Watershed. 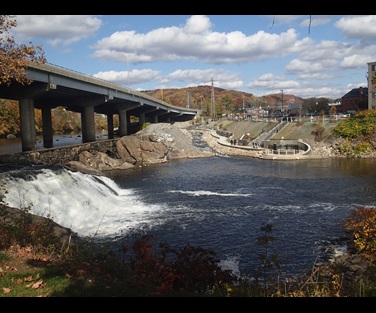 The current plan, originally written as the “Plan for the Restoration of Anadromous Fish to the Naugatuck River, Connecticut” in 1994, has been revised in three critical respects: first, the physical landscape of the Naugatuck River has changed with the removal of five mainstem dams and the construction of fishways on the lowermost two dams (Kinneytown and Tingue Dams); secondly sea-run Brown Trout has been removed and American Eel has been added to the list of fish species targeted for restoration; and, finally, the plan now includes recommended options to restore fish passage, including dam removal and fish passage efficiency standards (both upstream and downstream) for the targeted fish species at the Kinneytown Dam. 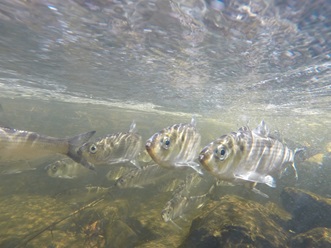