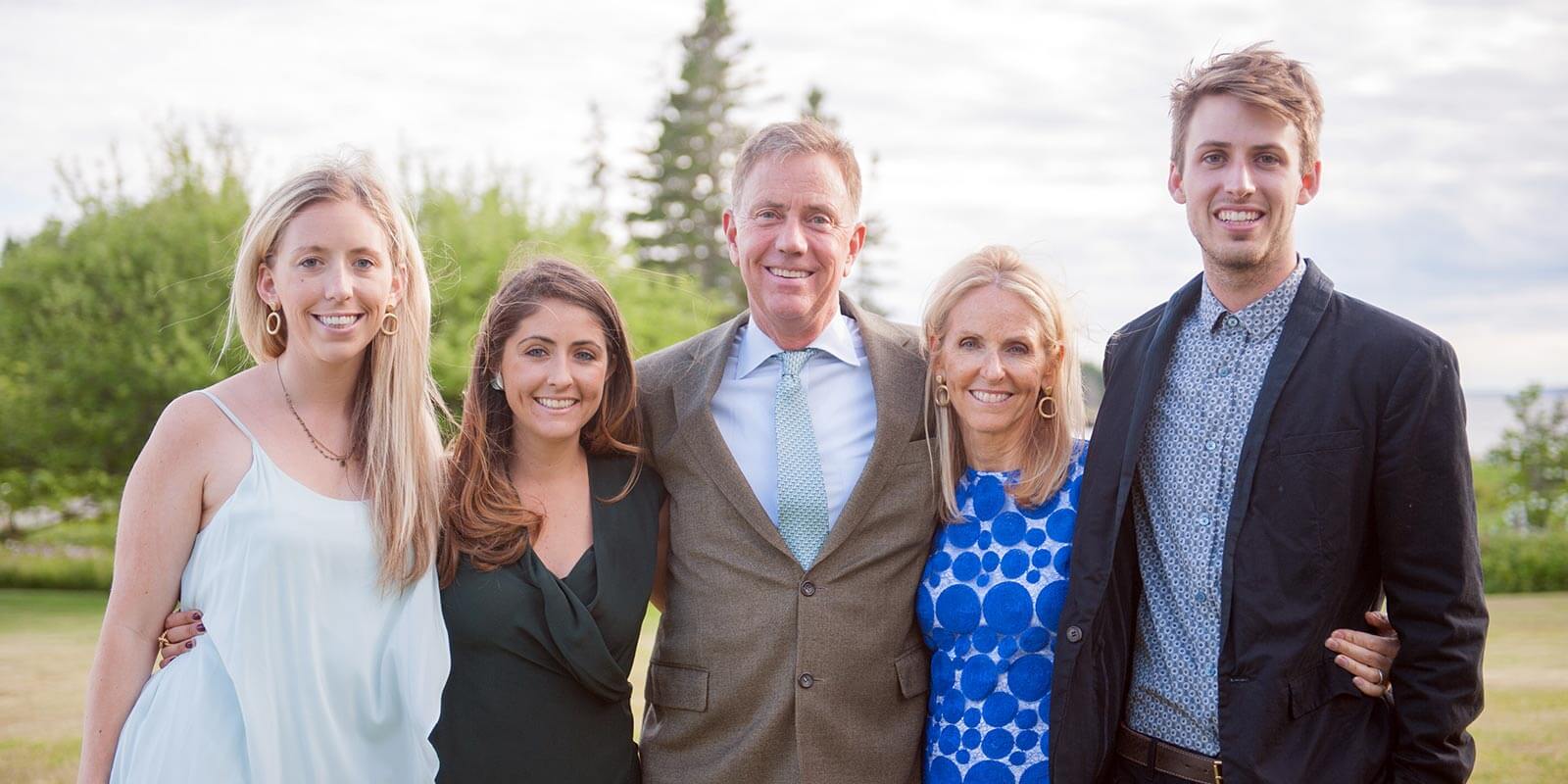 Edward Miner “Ned” Lamont, Jr. was sworn into office on January 9, 2019 as the 89th governor of Connecticut.

Lamont got involved in public service shortly after college, founding a weekly newspaper in a town hit by the loss of its largest employer. Covering town meetings and the Board of Selectmen, he helped to bring voice and transparency to a community working to recover from job losses and reinvent itself. Later, as a member of both the Greenwich Board of Selectmen and the Board of Estimate and Taxation, Lamont worked in a bipartisan effort to safeguard a multimillion-dollar budget and deliver results for constituents. For four years, Lamont also served as Chairman of the State Investment Advisory Council, overseeing a multibillion-dollar state pension fund.

Lamont started his own company, taking on the large and established giants of the telecom industry. Under his vision and stewardship, the company grew to serve over 400 of America's largest college campuses and 1 million college students across the nation.

As a volunteer teacher, Lamont sought to give back to his community by volunteering at Harding High School in Bridgeport. In an effort to spark entrepreneurship, Lamont taught students about the inner-workings of small businesses, bringing in local businesspeople to share their own experiences, and helping to place students in local internships. Lamont is on the faculty of Central Connecticut State University as an adjunct professor of political science and philosophy, where he also helped to found a popular business start-up competition. In early 2009, he helped lead an initiative to bring together Connecticut leaders from across the business, nonprofit, and labor sectors to unite in a strategy to create new jobs in the state.

As a candidate for United States Senate in 2006, he stood up for his convictions and challenged the political establishment. Taking on long-time incumbent Joe Lieberman for the Democratic nomination for United States Senate, Lamont campaigned on the platform that wars in the Middle East were draining resources and attention that could be better focused on pressing domestic issues like the economy, education, and healthcare. As a private citizen, he fought for the issues in which he believes, serving on the boards of Mercy Corps and the Conservation Services Group, non-profits which seek to make a difference in the humanitarian and renewable energy fields, respectively.

Lamont was born on January 3, 1954, in Washington, D.C. to Camille Helene and Edward Miner Lamont. The eldest of three children, he attended Phillips Exeter Academy, and served as president of the student newspaper, The Exonian. After graduating Phillips Exeter in 1972, he earned a Bachelor of Arts in sociology from Harvard College in 1976 and a Master of Business Administration from the Yale School of Management in 1980.

Lamont married his wife Annie on September 10, 1983. They have three children: Emily, Lindsay, and Teddy.