Gov. Malloy: Connecticut’s Historic Old New-Gate Prison and Copper Mine to Re-Open to the Public on July 14 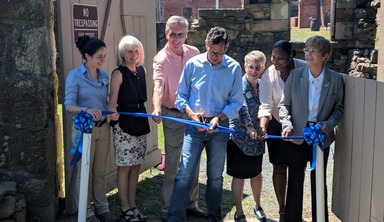 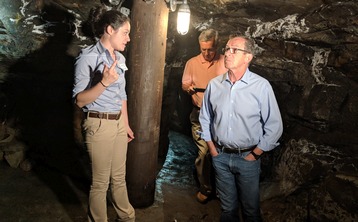 (EAST GRANBY, CT) – Governor Dannel P. Malloy today announced that Connecticut’s Old New-Gate Prison and Copper Mine, a national historic landmark and state archaeological preserve, will re-open to the public this Saturday, July 14 after being closed since 2009 for structural repairs.

Located at 115 Newgate Road in East Granby, the site was the location of the first operating copper mine in the North American colonies beginning in 1705. It was acquired by the colony of Connecticut in 1773 and converted into a prison for convicted criminals, however it was abandoned in 1827 because it was considered costly to run and inhumane. The site was re-acquired by the State of Connecticut in 1968 and opened to the public as a museum. It is the oldest surviving state prison in the nation and has become a popular tourist destination.

“It is exciting that after several years of much needed structural repairs, this popular and historic tourist destination is available to the public again,” Governor Malloy said. “This is an important landmark, attracting visitors from Connecticut and around the country – and it is a reminder of how far we have come in our criminal justice system. Connecticut has an incredible history that goes back even before the founding of our nation, and this site preserves some of that cultural heritage.”

It is operated by the Connecticut Department of Economic Development’s (DECD) Offices of Culture and Tourism and will be open for the 2018 season from July 14 through October 29 on a limited schedule:

**For a virtual tour of the Old New-Gate Prison and Copper Mine, click here**

A brief dedication ceremony to commemorate the re-opening of the site will be held on July 14 at 10:15 a.m. and will feature the Governor’s Foot Guard and Marquis Fyfe and Drum. The opening day will feature family-friendly activities such as performances by the Theatre Guild of Simsbury, interactive artifact exhibits, and food trucks. The opening day event will conclude at 5:00 p.m.

“There has been significant anticipation surrounding the reopening of this this important cultural asset,” DECD Commissioner Catherine Smith said. “In fact, previously held, one-day open houses have cumulatively attracted thousands of visitors.”

In addition to Old New-Gate Prison and Copper Mine, DECD administers three other historic sites open to the public, including the Eric Sloane Museum and Kent Iron Furnace in Kent, the Henry Whitfield State Museum in Guilford, and the Prudence Crandall Museum in Canterbury.