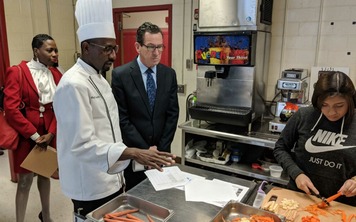 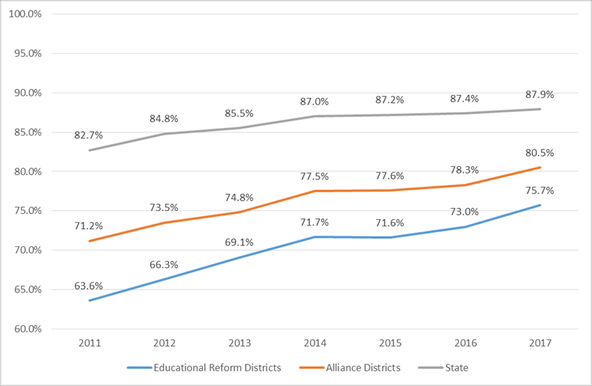 “My administration has been laser-focused on educational outcomes and making sure that every kid in Connecticut, no matter their zip code, has access to a quality education and the opportunity to succeed,” Governor Malloy said. “Over the past seven years, the results have been dramatic, particularly for the lowest-performing districts in the state. Education should be the great equalizer, and we must continue to build on our successes to ensure that all students graduate prepared for the jobs of the 21st century.”

“Achieving a record-high graduation rate in 2017 is another exciting and incredible milestone toward our goal of equity and excellence for all Connecticut students,” Commissioner Wentzell said. “What’s even more encouraging to me is the fact that our Alliance Districts and particularly our highest need Educational Reform Districts have outpaced the statewide growth in graduation rates. The fact that more young people than ever before are earning high school diplomas is a testament to the hard work and commitment of so many teachers, principals, superintendents, community partners, elected leaders, and of course our parents and students.”

Note: The Alliance and Education Reform designations are from prior to July 2017.


Through the Alliance District program, the state provides increased funding tied to greater accountability for the 33 lowest performing school districts. During the past four years, over $551 million has been invested into the Alliance Districts to help them strengthen their schools and improve outcomes for students. New Haven Public Schools, an Alliance District, increased 16.1 points since 2011, reaching 80.0 percent in 2017.

Governor Malloy and Commissioner Wentzell made the announcement at Wilbur Cross High School in New Haven, a Commissioner’s Network school which had the third largest increase in graduation rate over the past five years of any Connecticut high school, reaching 81.3 percent in 2017, up from 64.3 percent in 2013.

Detailed results for all districts and schools are available on the SDE’s data portal EdSight at http://edsight.ct.gov.

The graduation rate gap between black students and white students decreased to a 12.7-point gap, down from 18.2 points in 2011. Overall, the gap has decreased 5.5 points since 2011. 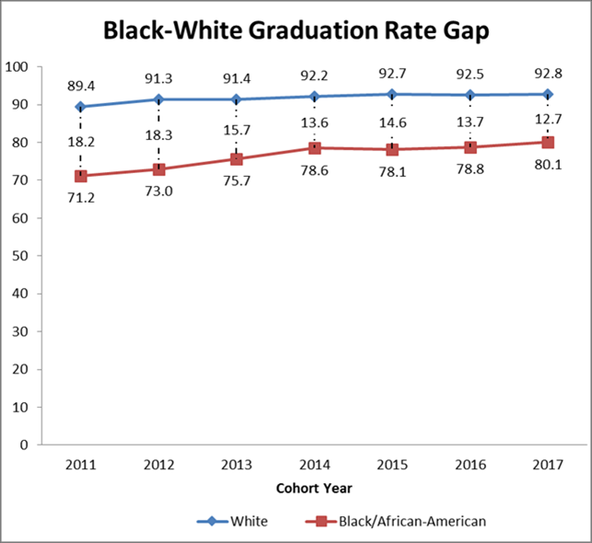 The graduation rate gap between Hispanic students and white students decreased to a 15.1-point gap-down from 25.2 points in 2011. Overall, the gap decreased 10.1 points since 2011. 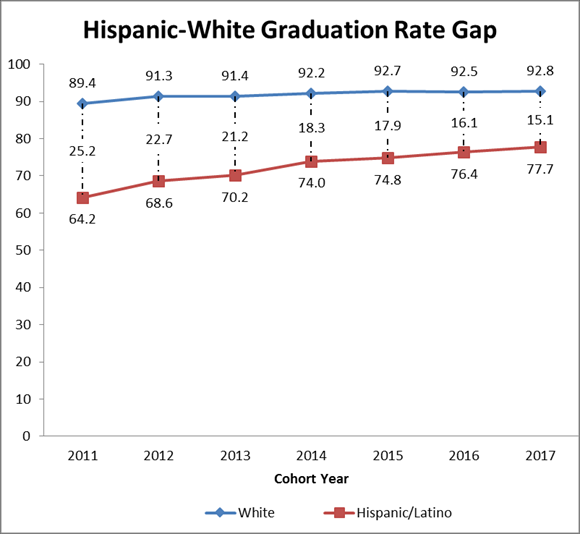 Using free and reduced-priced meal eligibility as an indicator of family wealth, the graduation rate gap between low-income students and their more affluent peers decreased to a 17.4-point gap-down from 27.7 points in 2011. Overall, the gap decreased by 10.3 points since 2011. 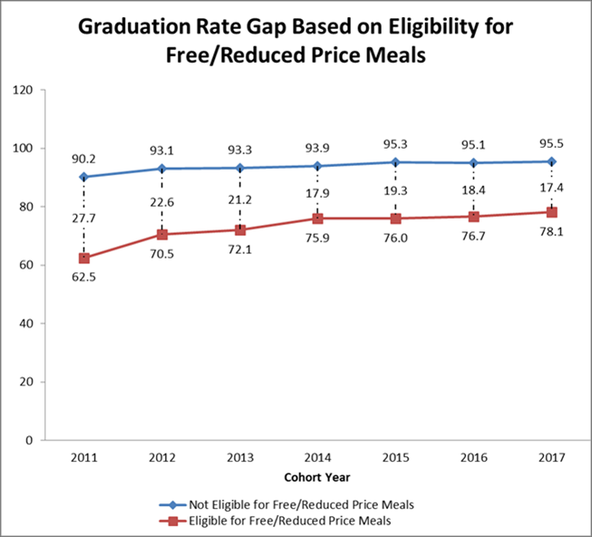 While the increases among the graduation rates for students from subgroups are encouraging, significant gaps remain.

Graduation rates are calculated according to the Adjusted Cohort Graduation Rate method, which the National Governors Association developed and is considered to be the most precise method. These rates represent the percentage of first-time, ninth-grade students who graduated with a regular high school diploma in four years or less. It is based on individual student-level data, excludes ninth-grade repeaters, late graduates, and accounts for transfers in and out of the graduating class over the four-year period.