“Connecticut is graduating more students than ever before and sending bright, talented young people into the world to make a big impact,” Governor Malloy said. “I could not be more proud of our hard-working students – the future is bright for our state. We need to continue making progress for all students, and that means keeping a laser-sharp focus on preparing all children for success in college and the workforce.”

“The fact that Connecticut’s graduation rate continues to rise means we are moving closer to our goal of ensuring every student has the tools and knowledge to succeed in college, career, and life,” Commissioner Wentzell said. “I am inspired by the hard work and dedication our students invest in their education, and I look forward to following their future successes. I also want to congratulate our teachers, principals, superintendents, parents, and community partners for helping Connecticut students succeed and prepare for the challenges beyond high school.”

Through the Alliance District program, the state provides increased funding tied to greater accountability for the 30 lowest performing school districts.

Governor Malloy and Commissioner Wentzell made the announcement today during a news conference at Hillhouse High School in New Haven, which had the second largest rate of increase in graduation rate over the past five years of any Connecticut high school, reaching 80.4 percent in 2016, up from 54.9 percent in 2012.

“We’re pleased with results in New Haven to help more high school students overcome academic challenges and graduate – I credit both teachers and students for a continuing, positive trend in this regard,” Mayor Toni N. Harp said. “New Haven’s comprehensive approach curbs chronic absenteeism and provides wraparound student services to see more of those enrolled walk across the stage with a well-deserved diploma.”

“High school graduation is an important accomplishment that opens the door to great possibilities for the future,” New Haven Superintendent of Schools Reginald Mayo said. “New Haven is so proud of our rising graduation rate because it means that more and more students are entering the world ready to take on important challenges in college and the workforce. I thank Governor Malloy, Mayor Harp, and all of the educators, parents and partners who help New Haven students succeed.”

English learners also have improved since 2011, increasing 7.9 points to 67.3 percent. The graduation rate for students with disabilities is 65.2 percent, up only 2.8 points since 2011 and down slightly from the previous year. It should be noted that English learners and students who receive special education have the highest “still enrolled rate,” a sign that they are continuing their pursuit of a high school diploma. It is precisely for this reason that Connecticut incorporated the six-year graduation rate into its accountability system as an important additional measure of high school success.

“Our commitment to equity and excellence in Connecticut schools means doing everything in our power to create the right conditions for all of our students to succeed. We recognize and commit to the need to accelerate the pace of improvement for our students who face the biggest challenges,” Commissioner Wentzell explained.

Graduation rates are calculated according to the Adjusted Cohort Graduation Rate method, which the National Governors Association developed and is considered to be most precise. These rates represent the percentage of first-time ninth-grade students who graduated with a regular high school diploma in four years or less. It is based on individual student-level data, excludes ninth-grade repeaters, late graduates, and accounts for transfers in and out of the graduating class over the four-year period. 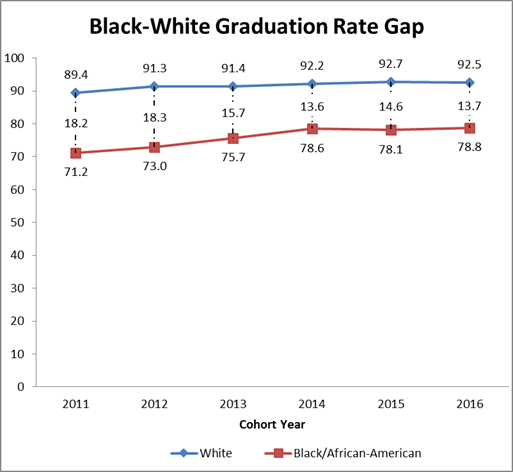 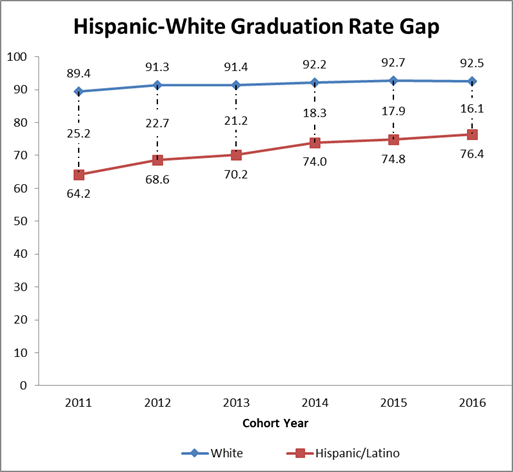 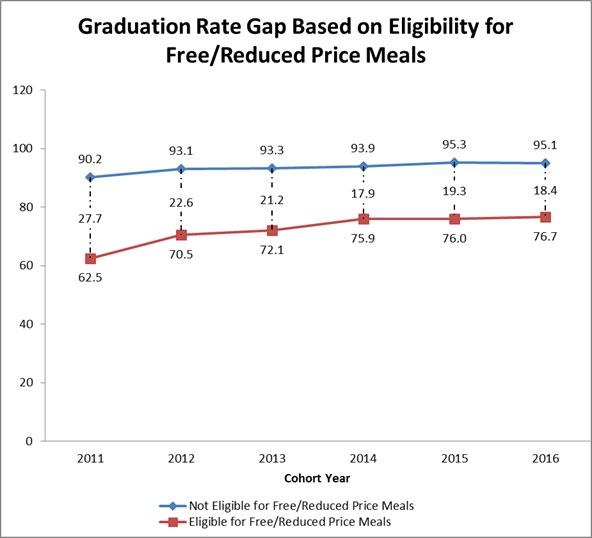 While the increases among the graduation rates for students from subgroups are encouraging, significant gaps remain. Specifically, among black students and Hispanic students eligible for free lunch, there are substantial differences in graduation rates between males and females.