"We are once again graduating more students than ever before in Connecticut - it's another step forward," Governor Malloy said. "We are making critical strides as we continue to raise expectations for our students. Progress is happening. Connecticut's rising graduation rates are a testament to the hard work of our teachers, principals, superintendents, parents and community partners. The future is no doubt bright for Connecticut students."

"Graduating from high school is a huge accomplishment made possible through years of hard work, commitment to goals, and growth," Commissioner Wentzell said. "The fact that Connecticut's graduation rate continues to climb means we are moving one step closer to our goal of ensuring every student has the tools and knowledge to succeed in college, career, and life. I especially want to commend our Alliance Districts for reaching higher and pushing harder to improve their graduation rates and reduce achievement gaps." 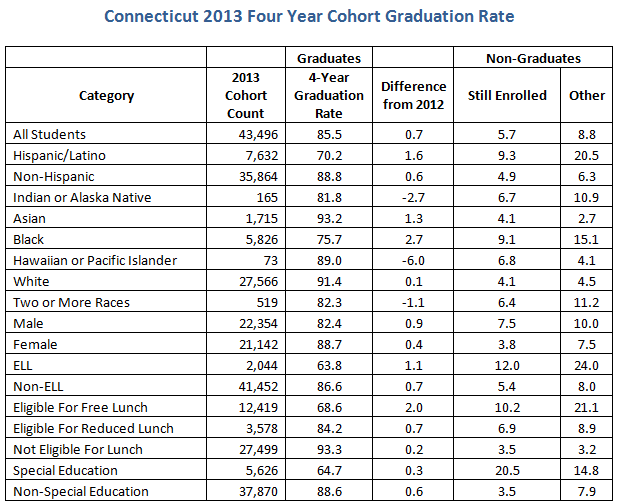 Through the Alliance District program, the State provides increased funding tied to greater accountability for the 30 lowest performing school districts. During the past four years, over $407 million has been invested into the Alliance Districts to help them strengthen their schools and improve outcomes for students.

The Educational Reform Districts, a subset of the Alliance Districts and among the 10 lowest performing in the state, showed an 8-point gain since 2011. In East Hartford Public Schools, an educational reform district, East Hartford High School saw its graduation rate reach 94.6 percent, up 14.5 points from 2011.

"We are tremendously proud of the work of our schools around improving student graduation rates. Our administrators and teachers have made it a point to focus on providing students with the necessary skills to improve student performance. I appreciate their hard work and the commitment to our students and families," said East Hartford Superintendent Nathan Quesnel.

Schools and districts across the state continued to improve and strengthen supports for all students. Windham School District, an educational reform district, increased 19.8 points since 2011 to 80.8 percent graduation rate in 2015. 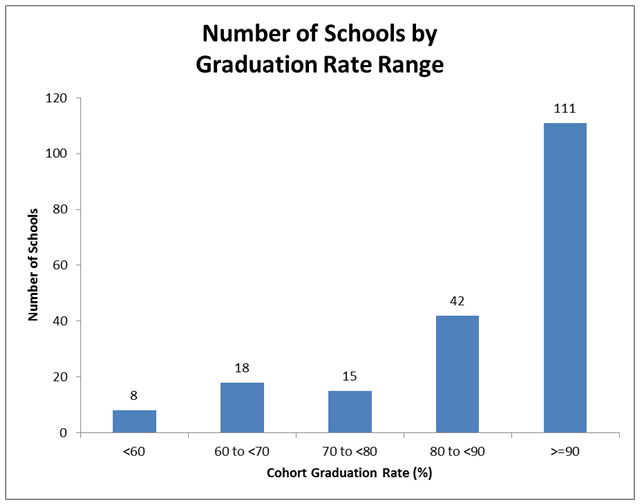 Graduation rates are calculated according to the Adjusted Cohort Graduation Rate method, which the National Governors Association developed and is considered to be the most precise method. These rates represent the percentage of first-time ninth-grade students who graduated with a regular high school diploma in four years or less. It is based on individual student-level data, excludes ninth-grade repeaters, late graduates, and accounts for transfers in and out of the graduating class over the four-year period. 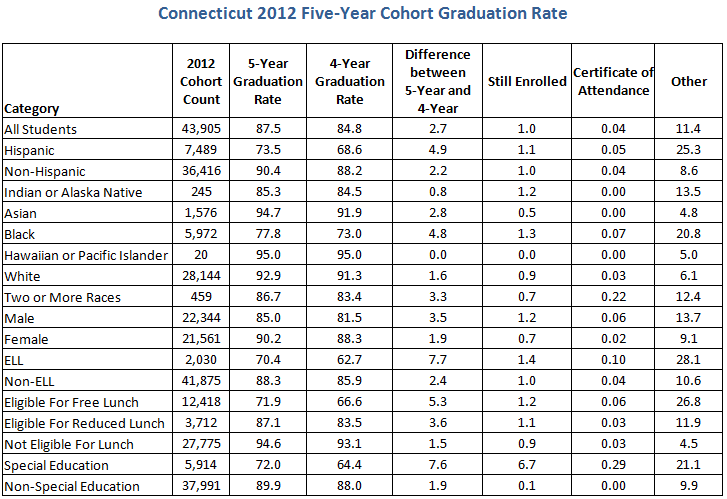 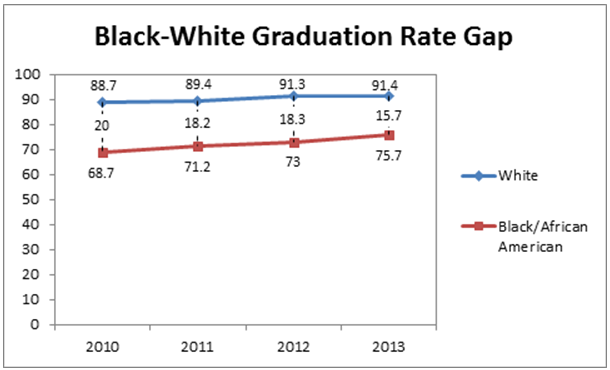 The graduation rate gap between black students and white students decreased to a 14.6-point gap-down from 18.2 points in 2011. Overall, the gap has decreased 3.6 points since 2011. 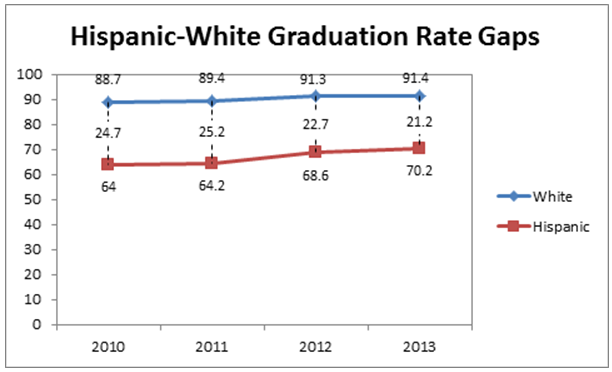 The graduation rate gap between Hispanic students and white students decreased to a 17.9-point gap-down from 25.2 points in 2011. Overall, the gap decreased 7.3 points since 2011. 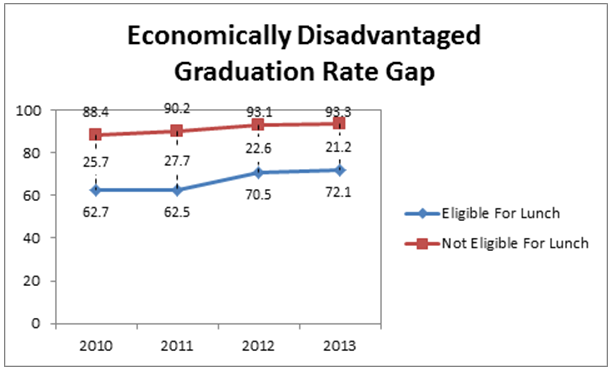 Using free and reduced-priced meal eligibility as an indicator of family wealth, the graduation rate gap between low-income students and their more affluent peers decreased to a 19.3-point gap-down from 27.7 points in 2011. Overall, the gap decreased by 8.4 points since 2011.

While the increases among the graduation rates for students from subgroups are encouraging, significant gaps remain. Specifically, among black students and Hispanic students eligible for free lunch, there are substantial differences in graduation rates between males and females.