(HARTFORD, CT) - Governor Dannel P. Malloy today joined Connecticut Department of Housing (DOH) Commissioner Evonne M. Klein to highlight the strides Connecticut made in 2015 to expand access to quality, affordable housing and reduce homelessness. Last year marked an extraordinary year for housing creation in Connecticut, with the state helping to create, rehabilitate, and preserve 11,881 total housing units statewide. Since the beginning of the Malloy administration in 2011, the state has provided funding to build 17,897 housing units across Connecticut.

"Housing is key to economic growth, and that's why we're taking steps like never before. We've done more on housing in the past few years than we've done in the past few decades, and in 2015, we continued to make significant strides. Every resident of Connecticut should have access to quality, safe, and affordable housing," Governor Malloy said. "The availability of affordable housing is an economic driver that attracts business and jobs, and makes communities more vibrant places to live, work, and raise a family. As we continue to build new housing, we've made significant strides on solving homelessness. This is no doubt a record to be proud of."

Since 2011, utilizing a one billion dollar investment in affordable housing, the state has created, preserved, or rehabilitated 7,551 affordable units, and 2,570 are currently under construction. Funding commitments are in place to create another 5,730 affordable units. 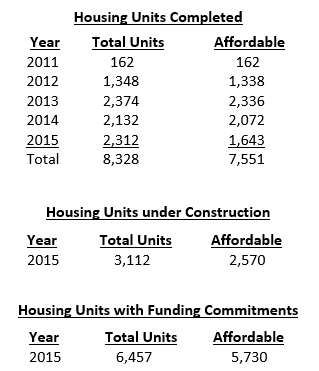 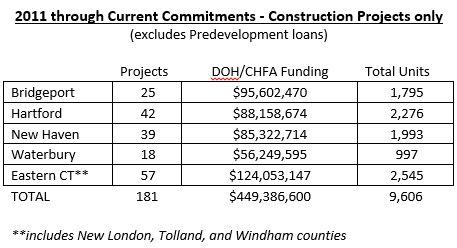