*Has your contact information changed? Don’t miss important news about your benefits. Please update your contact info online now! If you’re a HUSKY A, B or D member, go to www.accesshealthct.com and sign in to your Access Health CT User Account. If you’re a HUSKY C member, SNAP or cash assistance client, go to www.connect.ct.gov or www.mydss.ct.gov and sign in to your DSS MyAccount. 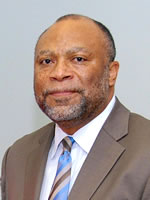 Roderick L. Bremby is serving in his second term as Commissioner of the Connecticut Department of Social Services. Commissioner Bremby is responsible for administering a wide range of health and human services to approximately 1 million Connecticut residents of all ages. He has directed initiatives in such areas as health care program restructuring; modernization of agency technology and business processes; expansion of home-care services and rebalancing of long-term services and supports; implementation of Medicaid/HUSKY Health eligibility changes under the Affordable Care Act; and major advances in benefit accuracy and timeliness for over 400,000 enrollees in the Supplemental Nutrition Assistance Program.

As the DSS’s indefatigable champion of LEAN, Commissioner Bremby is proud to be an active member of the Process Improvement Steering Committee and of the many successful Lean projects DSS has accomplished in the last 3 years. “LEAN is helping to transform the way we do business. LEAN is a key to our success as an agency.” Commissioner Bremby joined Connecticut state government in 2011 after state and municipal government service in Kansas and Texas. From 2003 to 2010, he served as the Secretary (chief executive officer) of the Kansas Department of Health and Environment, that state’s combined public health and environmental protection agency. 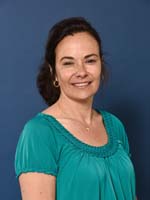 Cathie Bussolotta has been Supervising Accounts Examiner in the Audit Division of the Office of Quality Assurance at DSS since February 2012. In that capacity, she schedules, assigns, oversees and reviews provider audit reports for compliance with federal/ state laws and policies. She is specifically responsible for Pharmacy, Durable Medical Equipment/Medical Supply and Independent Laboratories and Dialysis audits. Being on the DSS Process Improvement Steering Committee means she is “able to network with other DSS divisions, learn, and promote efficiency throughout DSS.”

Prior to DSS, Cathie was a Utilities Examiner at the Department of Public Utility Control/Department of Energy & Environmental Protection for 15 years. Her educational background is in accounting and Management Information Systems (MIS) which includes design and implementation of procedures, processes, and routines. Cathie loves camping, watching her kids laugh, cooking, gardening, playing card/board games, and her awesome dog, Lenny. 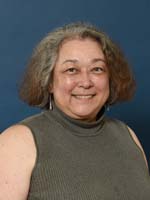 Meiko Chandler is Human Resources Specialist for the Division of Health Services; she is also part of DSS’s FMLA approval team. Prior to joining the agency in March 2015, she was Director of Staff Services for a Hartford nonprofit for 21 years and worked in the accounting and banking field. Meiko is honored to serve on the Process Improvement Steering Committee and looks forward to “understanding and participating in the LEAN process and to contributing to the mission of the committee in helping DSS become more LEAN.”

Outside of work, Meiko likes to bake and do cross-stitching. She volunteers as a bookstore clerk at the Buddhist Center in Orange. She is currently attending Charter Oak State College for her bachelor’s degree in business/human resources management. 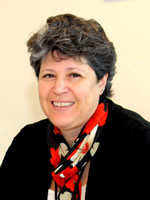 Dottie Dilernia is Director of Facilities Operations. Dot and her staff strive to ensure DSS staff is provided with the tools and environment necessary to perform their responsibilities without interruption. Building maintenance, equipment repairs, fleet rentals, space negotiations, safety and security, and environmental needs are just some of the many areas for which Dot’s small but mighty staff is responsible.

Dottie is proud to have spent her 20 years of state service at DSS. For her, being on the Process Improvement Steering Committee provides her “a chance to bring about sensible change that will improve agency operations.”

Outside of work, Dottie most enjoys spending time with friends and family. Hobbies include wine making, entertaining and playing drums. She is also active in New Britain community events and sits as Vice Chairman for the New Britain City Plan Commission. 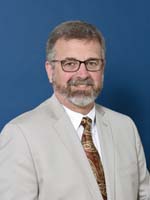 John Dillon is Child Support Director responsible for managing approximately 160 Office of Child Support Services (OCSS) staff statewide and ensuring that the Connecticut child support program (composed of BCSE and its cooperative partner agencies) is run in accordance with federal program requirements and Connecticut General Statutes. He has been with DSS’s child support program for 28 1/2 years, beginning as a Connecticut Careers Trainee Investigator in 1987. For John, serving on the Process Improvement Steering Committee provides “the opportunity to bridge barriers between programs so that each runs more efficiently and effectively, and share resources and technology wherever possible.”

Outside of work, John is active in his hometown of Portland. He is a member of the Board of Assessment Appeals, a church lector, a Knights of Columbus member, and a participant in other local civic organizations. He loves anything outdoors: camping, kayaking, backpacking, fishing, golf, as well as home remodeling. John has a BA in United States history and a BA in public relations/communications. 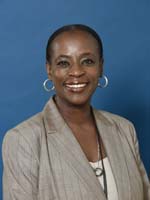 Wanda Hawley is the DSS’s Privacy Officer and a Public Assistance Consultant in the Office of Legal Counsel, Regulations and Administrative Hearings. She oversees all activities related to the development, implementation, maintenance and adherence to the DSS privacy policies in accordance with applicable state and federal laws.

Wanda has worked at DSS for 25 years, beginning as a Connecticut Careers Trainee and served as an Eligibility Services Worker and Eligibility Services Specialist before becoming a Public Assistance Consultant/Privacy Officer. Being on the Process Improvement Steering Committee affords her “the opportunity to work with individuals from every division of DSS to identify inefficiencies and eliminate waste.”

Wanda is a US Army Reserve Colonel commanding the 1179th Transportation Brigade in Brooklyn, New York, with units in Pennsylvania, Maryland, Massachusetts, and Rhode Island. She loves to preserve memories by making scrapbooks. She has an MBA and a Masters in Strategic Studies.

Frances Kula is a Public Assistant Consultant in the Eligibility Policy and Program Support Division where she provides policy and eligibility assistance to DSS field staff, community partners, and the public. She has been at DSS for 23 years, having previously worked in eligibility services in the Hartford office.

Fran feels fortunate to be a part of DSS and continues to seek new personal challenges for growth and ways to contribute to the agency in its vision to provide world class service. Membership in the Process Improvement Steering Committee provides her “the opportunity to work with DSS elite team members to streamline and improve processes.”

Outside of work, Fran loves to spend time at the beach or camping. She is a UCONN graduate. 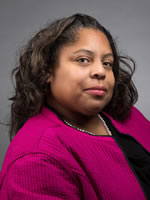 Dorian Long is Social Services Program Administration Manager in the Social Work Unit which provides supports to individuals and families through direct casework activities and contract administration. She has 21 years of state service, eleven of which at DSS. As a social worker, Dorian has experience working with a variety of special populations, including elders, persons affected by family violence, children, and individuals with disabilities. She “looks forward to finding new ways to support clients through effective implementation of LEAN principles.”

Outside of work, Dorian enjoys travel and photography. She has experience mentoring youth and would like to do it again. She earned a Masters in Social Work. 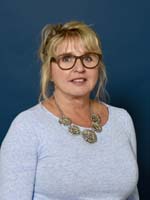 Ann Simeone is Fiscal Administrative Manager of DSS’s Contract Administration and Procurement Division. In that capacity, she oversees all external and internal contract execution and file maintenance. By participating in the Process Improvement Steering Committee, she hopes “to facilitate efficiencies in her division as well as across the agency.”

Ann has been with DSS for one year. Prior to DSS, she worked for over 29 years in other agencies in fiscal and contract administration. Her personal interests include reading, playing golf and tennis, and spending time by the sea.

Diana Speranza has been manager of DSS’s Core Financial Services Unit in the Division of Financial Services for the last two years. In that capacity, she oversees Purchasing, Accounts Payable, Federal Reporting, General Accounting, Cost Allocation and RMS areas. Prior to DSS, she worked at the Department of Mental Health and Addiction Services for a number of years in the Budget/Fiscal Unit on budget, federal reporting and general accounting functions. Diana enjoys serving on the Process Improvement Steering Committee that assists to “achieve our goals by identifying and improving existing business processes which helps foster a culture to embrace continuous improvement and positive change to support the agency’s vision, mission, and values.”

Diana enjoys traveling and exploring. Not only has she traveled around the U.S, she has traveled all over the world including Italy, Greece, France, Australia, Monaco, Egypt, Morocco, China, Japan, Hong Kong, Cambodia, Vietnam, Thailand, Syria, and Jordan. 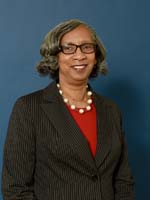 To Carlene, the Process Improvement Steering Committee provides her the “opportunity to learn how other divisions are leaning their programs, as well as to search for ideas to improve on tasks within OCS and coordinating them with Fiscal Services and Contracts Administration.”

Carlene has been at DSS for 35 years, having begun as a Connecticut Careers Trainee/Field Monitor in Energy. Prior to DSS, she taught middle and high school Spanish. Carlene enjoys travel, sports, and reading. Among her many outside involvements, she is a member of Low Income Energy Advisory Board and serves on the Parish Committee and Chapter at Christ Church Cathedral in Hartford. Carlene has a BA in Spanish/French, an M.ED. in secondary education from Boston State College (now UMASS).


Elizabeth Thomas is Social Services Operations Manager in the Greater Hartford field office where she manages the daily operations overseeing a staff of 96. She has been at DSS for 21 years, having served as an Investigator, Lead, Supervisor, and Public Assistant Consultant in the Office of Child Support Services before becoming manager of the Hartford office in 2013.

For Elizabeth, being on the Process Improvement Steering Committee “has provided opportunities to learn, get involved, and promote process improvement and be part of group that is steering DSS towards becoming a world class organization.”

Elizabeth has a master’s degree in statistics. She enjoys gardening, sewing, and walking. 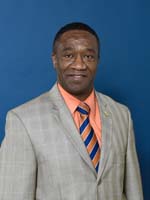 Roderick Winstead manages the Integrated Care Unit and is the Interim Manager for Non-Emergency medical Transportation. He is specifically responsible for overseeing the state’s transportation ASO contract and providing oversight for all contracted medical transportation services for the CT DSS. Rod feels that it is a pleasure to partner with colleagues in an effort to establish excellence in our organization. He is honored to be involved in the empowerment of all staff in the agency’s continual improvement process.

Prior to DSS, Rod was a supervisor of case management in the Individual and Family Support Division for 8 years. In addition he supervised the Young Adult Unit in DMHAS for two years. His first experience with DSS was as an eligibility specialist for two years in the Presumptive Eligibility Unit.

Outside of work Rod enjoys hiking, biking, shell collecting and writing. He is heavily involved with the Greater Hartford YMCA, the Footlights Youth Program and Hartford Read to Succeed. He has a BS in Social Work from Barton College, and a M.Ed. Degree in Counseling and an M.S. Degree in Psychology from East Carolina University.