HEALTH EFFECTS OF TOBACCO USE

Altered brain chemistry- decreasing the dopamine receptors in the brain which tell cells how to function.  Dopamine, when released, gives a person the sense of reward. Decreasing dopamine receptors is thought to leave a person with longer, more intense cravings for what they like. (in this case, nicotine in tobacco)

Increased heart rate and blood pressure – making the heart have to work harder and therefore more likely to wear out quicker.
Long Term:

Cancers - of the lip, oral cavity, pharynx, esophagus, pancreas, larynx (voice box), lung, uterine cervix, bladder, and kidney.
Information on Lung Cancer Screening
Atherosclerosis - caused by increased cholesterol which causes fats from foods to stick to the inside of blood vessels making them narrow and decreasing blood flow. This can lead to:
Stroke
Heart disease
Heart attack
Chronic obstructive pulmonary disease  (COPD) - progressive lung disease characterized by lost of lung airway and air sacs elasticity, walls between many of the air sacs are destroyed,  airway walls become thick and inflamed and mucus production clogs the airways.
Emphysema - chronic lung disease when the delicate linings of the air sacs in the lungs become damaged beyond repair. The destroyed air sacs are then replaced by air pockets in the lungs which traps air, slowly enlarging the lungs, and makes is difficult to blow air out of the lungs.
Cataracts - clouding of the lens in the eye by the clumping of proteins that affects vision
Acid reflux disease and peptic ulcer disease- caused by the body’s lack of ability to secrete neutralizing stomach acid and heal itself.
Pneumonia- bacterial infection of the lungs
Gum disease and tooth decay 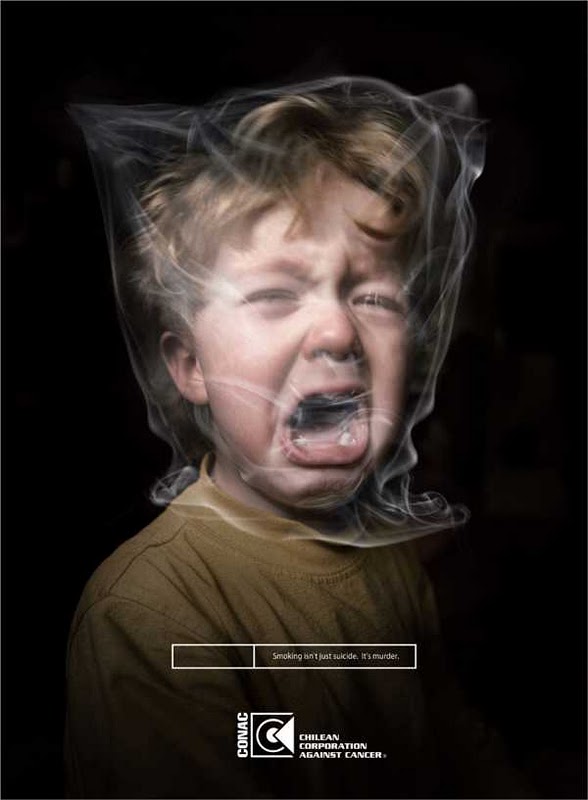 Get sick more often, such colds, bronchitis and middle ear infections
Wheeze and cough more frequently
Experience frequent and more severe asthma symptoms
Higher risk of diminished lung growth or function
Quitting tobacco use is one of the greatest things you can do for a healthy future.(For help)

Talk to your doctor about if lung cancer screening is right for you if you are a current smoker or have been a smoker in the past. Studies have shown that a Low Dose CT Scan (LDCT) which scans the body using low dose radiation to make detailed pictures of the lungs, can help detect lung cancer at an early stage when it's most treatable, decreasing the risk of dying from lung cancer.

The US Preventive Task Force recommends yearly lung cancer screening with LDCT for people whom meet the following criteria:

Information on Low Dose CT scan and patient resources can be accessed from The American Lung Association. This site incudes an interactive web screening tool that can be helpful for patient and provider decision making. The Low Dose CT Scan is covered by Medicare. Computed Technology (CT) Scan is covered by Connecticut Medicaid Husky program.