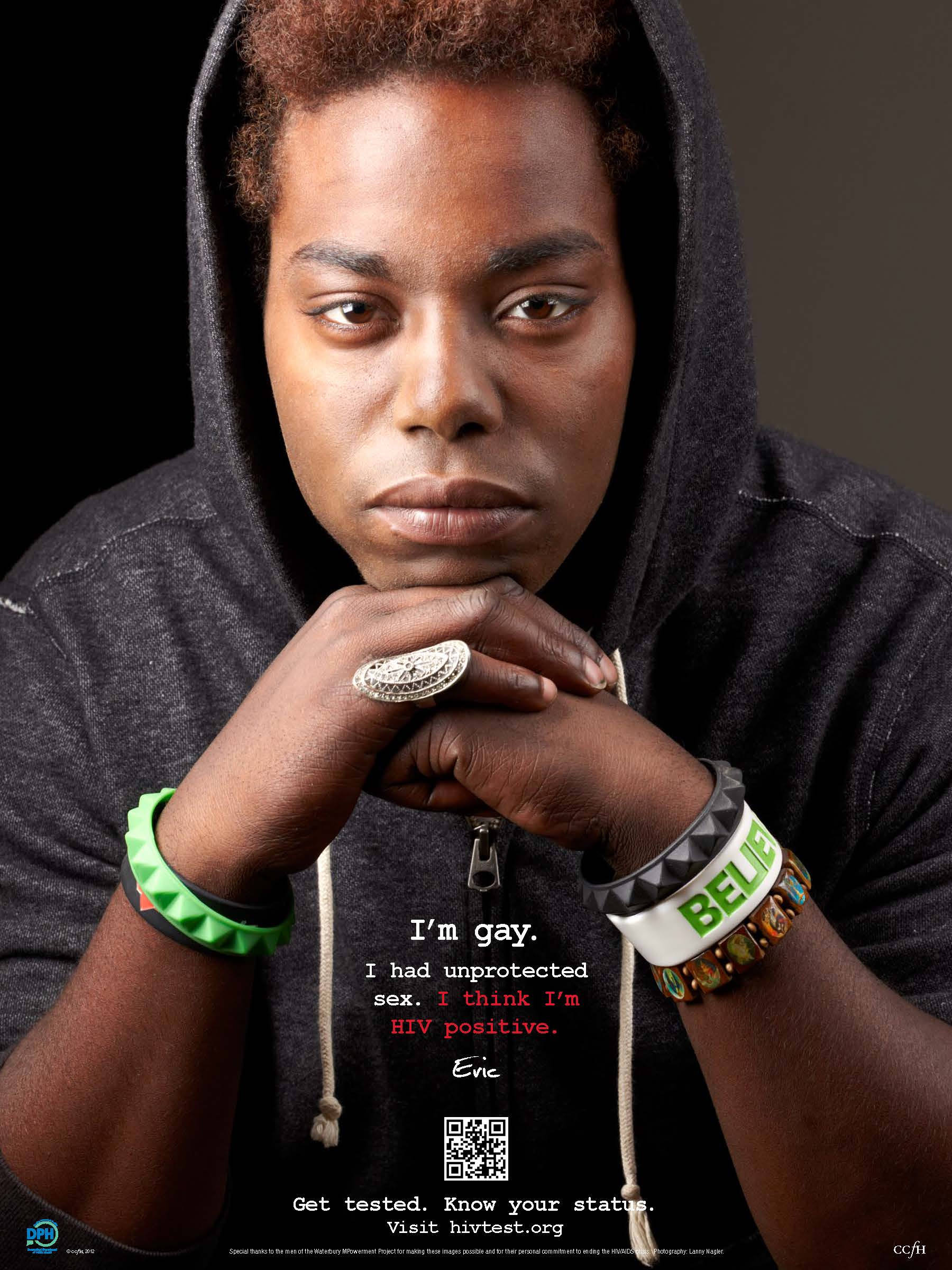 State and national data show that MSM, and particularly black MSM, are disproportionately impacted by HIV. In 2011, 53% of all new HIV cases reported in Connecticut had a risk of MSM, with 32% of those cases being black MSM. Sixty-one percent of the 278 Connecticut youth (13-24 years old) diagnosed with HIV between 2007 and 2011 were MSM, of which 44% were black. The Centers for Disease Control and Prevention (CDC) recently estimated that 4% of men 13+ years of age are MSM.

The campaign’s call to action is for the target audience to “Get Tested” for HIV, making them aware of their HIV status so that they may seek treatment if they are HIV-positive and to help prevent the spread of the disease by engaging in safer sexual behaviors.

Posters were distributed throughout the state, and transit display ads were placed in MetroNorth train platforms in Connecticut. The men in the poster series are focus group participants, between the ages of 18 and 64 years old, who wanted to share their story. Some are HIV positive, others are HIV negative, and some are still in the window period for HIV testing. The campaign led to community forums on black MSM and HIV in two black churches in Waterbury, Connecticut.

Nearly 1,500 posters were printed and disseminated during this campaign. Additionally, approximately 200 people attended the two community forums in Waterbury.The seven campaign images displayed on the MetroNorth train platforms were seen by an average of 854,000 passengers each month during the November 2012 through February 2013 display period.