Other: Cantaloupe colored foot. Animals gape (relax muscles and allow shells to open) when removed from the water. 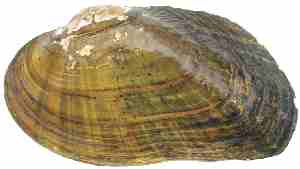 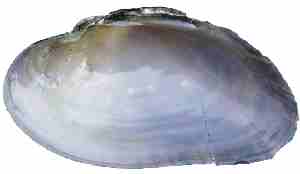 Habitat: The brook floater is found in small to medium-sized rivers, usually in gravel and cobble substrates in swift current. This species is not found in lakes or ponds.

Conservation: The brook floater is endangered in Connecticut. Only a few known populations remain, and they are small and show little evidence of successful reproduction. Pollution, dams, and introduced species are thought to be the primary culprits for its rarity. The species is also endangered in Massachusetts and New Hampshire, threatened in Vermont, special concern in Maine, and possibly extinct in Rhode Island.