(HARTFORD, CT) –The Connecticut Department of Energy and Environmental Protection (DEEP)celebrates Bat Week starting on October 24, as part of an international conservation awareness effort focused on the week prior to Halloween. Across Connecticut, bats are on the move; three species of tree bats are moving south for the winter, while the six cave bat species are moving shorter distances where they will spend the winter hibernating underground.

Unfortunately, populations of cave bats in Connecticut and across North America have suffered astonishing losses since 2006. The disease known as white-nose syndrome (WNS) has killed millions of bats across 33 states and seven Canadian provinces. WNS is caused by a cold-loving fungus native to Europe that thrives in caves and mines, and which grows on the muzzle and wings of bats, fatally disrupting their hibernation. The resulting death toll highlights one of the most serious conservation challenges we face:White-nose syndrome has killed over 90% of northern long-eared, little brown, and tri-colored bats in North America in fewer than 10 years. It is especially frightening given the environmental and economic value of bats:

The importance of bats in our environment and the rapid decline in their populations has prompted state and federal governments to take protective actions. In Connecticut, the six species most affected by WNS include the big brown, little brown, northern long-eared, tricolored, eastern small-footed, and Indiana bats.All of these species, except the big brown bat, are now listed as endangered under the Connecticut Endangered Species Act.The decline of the northern long-eared bat has been so severe it was listed by the U.S. Fish and Wildlife Service as federally threatened and is currently proposed to be listed as “endangered.” The Indiana bat, federally endangered since 1967, was on the brink of recovery prior to WNS, and is once again in serious decline. Tricolored bats have been proposed for federal listing as “endangered” and little brown bats are being reviewed as a candidate for federal listing.

In response, biologists and researchers are working to address several key areas, including disease management, conservation, and recovery; surveillance and diagnostics; data management; and outreach and communications. Many of these efforts have been supported by the State Wildlife Grants program, a critical source of funding for addressing urgent wildlife disease issues. Since 2007, theDEEP Wildlife Division has been an active participant in the WNS response. Each year, DEEP biologists monitor bats to document mortality, survivorship, and reproductive success.DEEP also participates in region-wide monitoring programs to best direct conservation resources.For more information on white-nose syndrome and related conservation efforts, visit www.whitenosesyndrome.org.

Coinciding with Halloween, Bat Week (www.batweek.org) is celebrated each year from October 24-31 to help raise awareness about the importance of bats.

“Halloween is a great time to dispel myths about bats,” said Jenny Dickson, Director of the DEEP Wildlife Division. “Rather than harbingers of doom, bats are crucial for healthy ecosystems and provide tremendous economic benefits to agriculture and forestry by controlling insects.”

Some fun facts about bats:

“Learning more about bats and the important role they play in healthy ecosystems would be a great Halloween ‘treat’ for this troubled and misunderstood group of animals,” added Dickson. “Knowing why bats matter is an important part of efforts to halt the devastation caused by white-nose syndrome.”

What you can do to help bats throughout the year: 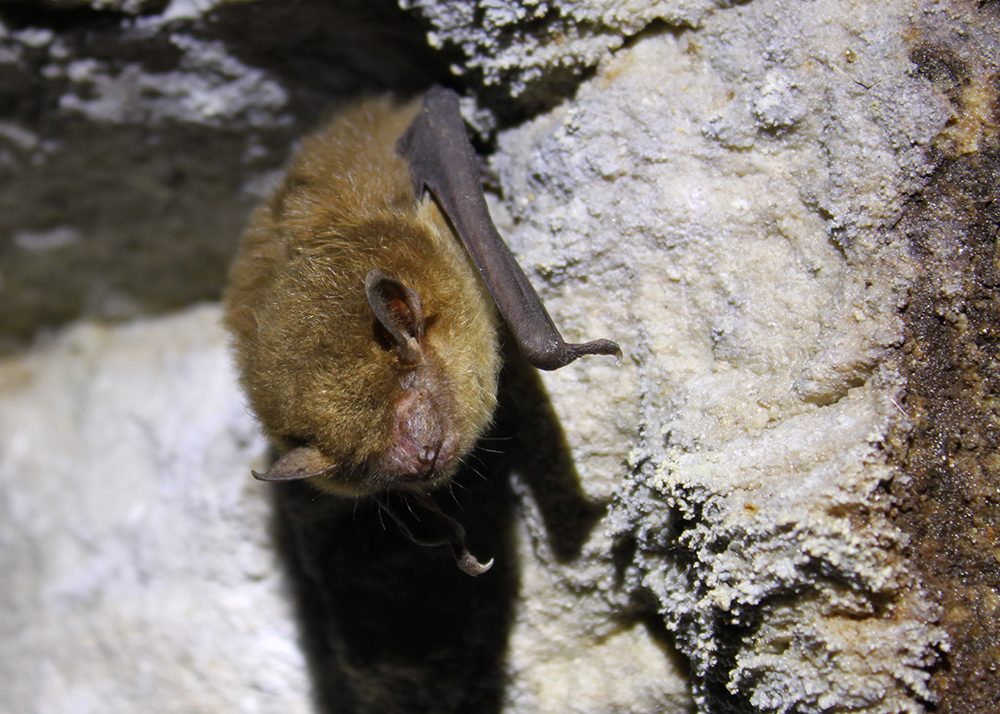 Bats are the single greatest predator of night-flying insects. A single colony of big brown bats can eat roughly 1.3 million insects every year—nearly 9,000 insects per bat.