Verizon seeks to add antennas to an existing water tank to which four carriers have previously attached antennas and one carrier, T-Mobile, has been granted permission to add its antennas as well. Council member Phil Ashton and staff person David Martin met with Verizon representative, Ken Baldwin, to conduct a field review of this petition.

Verizon identified this site as suitable for filling coverage gaps on the nearby Berlin Turnpike and determined that its antennas would need to be located at 125 feet. To maintain consistency with the other carriers whose antennas are behind RF transparent shrouds, Verizon proposed to erect a shroud to shield the view of its antennas. The additional wind load of this shroud, however, would overstress the structural capacity of the water tank. Verizon’s solution would be to build a new monopole tower through the center of the water tank that would extend above it to allow Verizon and T-Mobile to install antennas at their respective heights. The monopole would not compromise the structural capacity of the water tank for the four carriers whose antennas were already installed.

The water tank is a significant visual presence within the small residential and industrial neighborhood in which it is located. Adding 20 to 25 feet of RF transparent shroud to the top of it will increase is visibility.

During the field review Council member Ashton suggested replacing the water tank with a monopole in lieu of erecting a monopole through the existing tank. The tank is no longer used for water storage and a monopole will have less of a visual presence in the landscape. Mr. Ashton discussed this idea with the Meriden city planner who was amenable to the suggestion. Attorney Baldwin had discussions with the water tank’s owner who described several practical impediments to replacing the water tank. 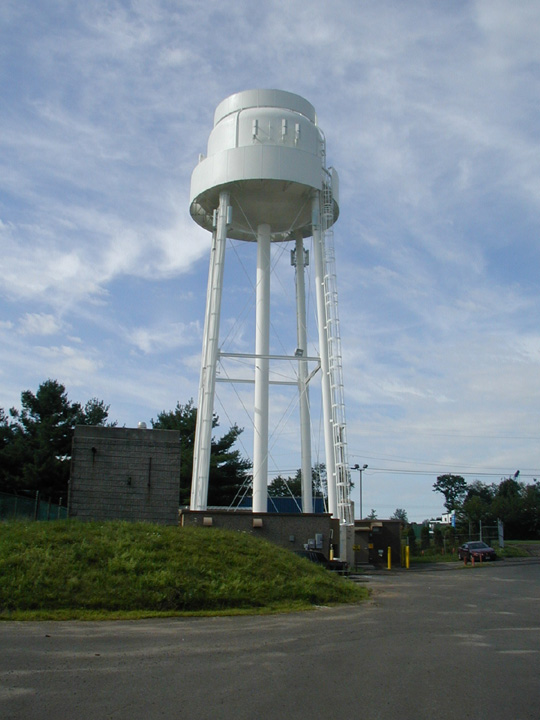 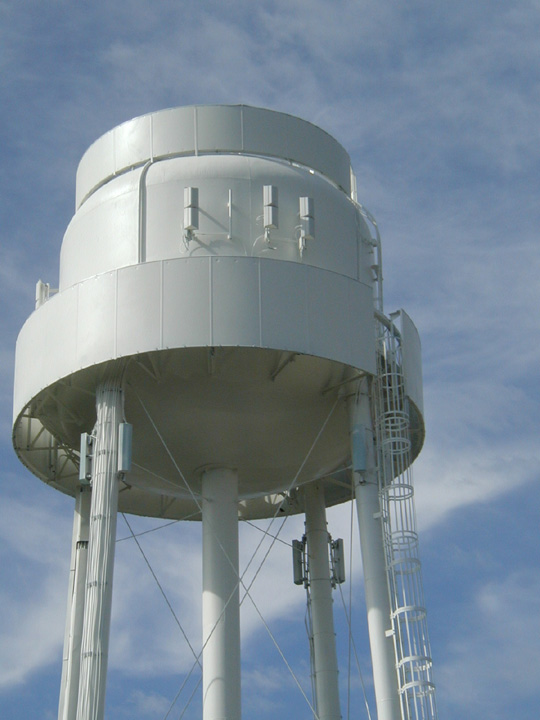 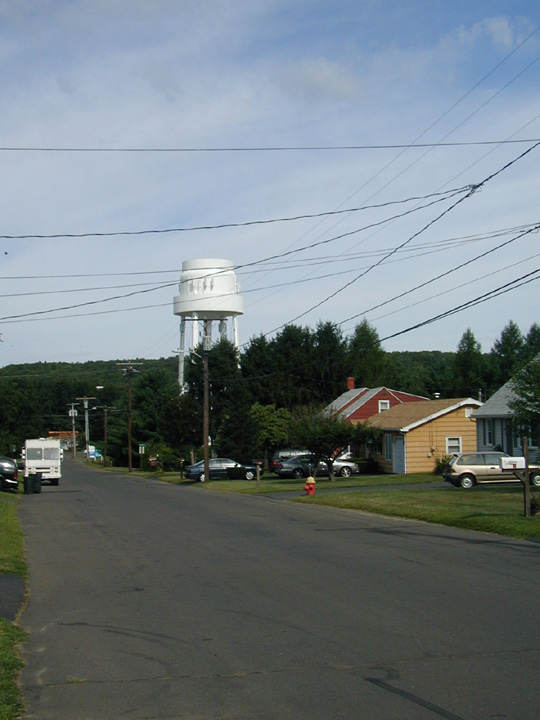