Nextel seeks to replace an existing lattice tower located at the back of building used by a fuel oil dealer. The height of the existing tower, including the whip antenna at the top of the tower, is 70 feet. Nextel’s replacement tower would be located a few feet from the existing tower and would also be 70 feet tall. Nextel’s antennas would be installed with a centerline of 67 feet and would not extend above 70 feet. Nextel would design the replacement tower to accommodate one additional carrier.

Council member Gerry Heffernan and staff person David Martin met with Nextel representative Tom Flynn at the site on August 17, 2005 to conduct a field review. The building behind which the existing tower is located is in an industrial park near the Tweed-New Haven Airport. There are no residences in sight from the area of the tower, and, given the distance to the nearest residences, it is unlikely that the closest neighbors could have a view of anything more than a few feet of the top of the tower. Even that is unlikely.

At 70 feet, Nextel’s proposed tower would be below any flight path of planes using the airport.

Based upon the conditions observed during the field review, it is unlikely that the scope of the improvements described in this petition would result in any significant adverse environmental impacts. 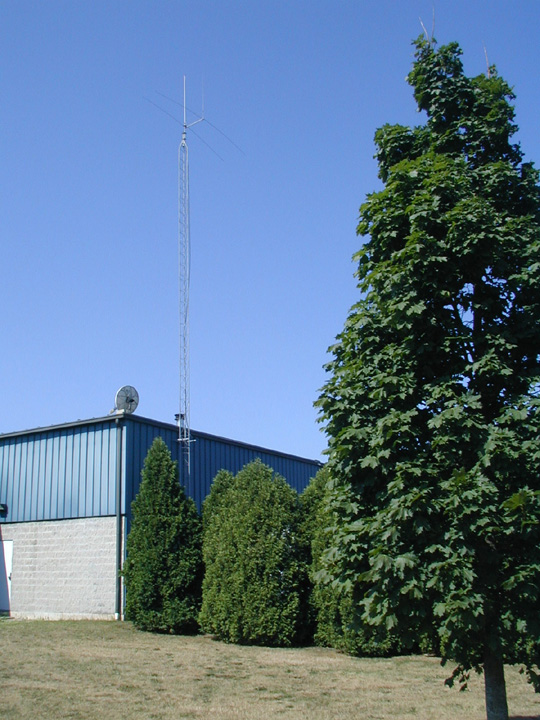 View of Back of Building Where Compound Will Be Located 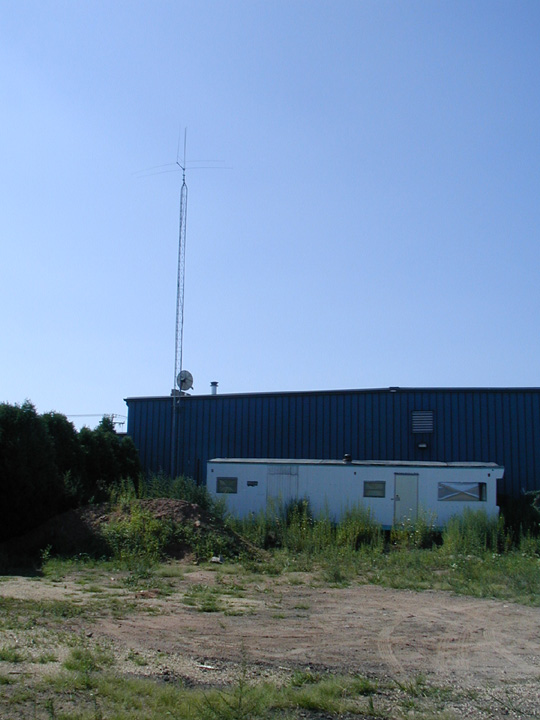