Our CJIS Public Safety Liaisons, retired law enforcement, and trainers are available to give a presentation and demo on the Connecticut Information Sharing System (CISS) to those criminal justice agencies that would like to know more about the information sharing system. The presentation describes the background of CJIS and the reasons for the development of CISS as a comprehensive, state-wide information sharing system for Connecticut. It also outlines the major components of CISS, including Information Exchanges, Search Releases and Workflow Waves. They can also describe the deployment process, security and support plans, and training process. 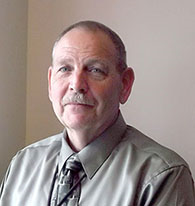 Henry “Hank” Lindgren, CJIS Public Safety Liaison and retired Sergeant from the Guilford Police Department has forty years of Law Enforcement and Public Safety Experience. During his years at Guilford, Hank worked as an officer, firearms instructor, patrol supervisor, SWAT instructor/Asst. team leader, and sergeant. In addition, Hank was responsible for all IT related activities including servers, network, workstations, wireless in-car computers, recording systems, phones, and two way communications. Since 2014, Hank has been the primary Public Safety Liaison and trainer at CJIS. He has been leading the training effort by providing P.O.S.T. Certified classes for CJIS applications, worked the training team on training content development, as well as several other deployment activities. Hank has spent a lot of time working with several CAD/RMS vendors and IT personnel at municipal police departments on the effort to connect and share data with the Connecticut Information Sharing System (CISS). 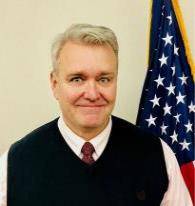 Patrick Farrell, CJIS Public Safety Liaison, has a combined thirty plus years of Law Enforcement and Public Safety Experience.  Having retired from the Hartford Police Department, where he spent twenty years serving the City of Harford as an officer, detective and supervisor.  Patrick was a Lock-Up, Handcuffing, Baton and Active Shooter Instructor with the Hartford Police Academy and has assisted at P.O.S.T. with Lock-Up related instruction.  For the last four plus years at the Hartford Police Department, Patrick ran the Crime Analysis & Mapping Unit, where he was involved in several technology related projects.  Patrick’s other law enforcement and public safety experience also includes the Connecticut Department of Corrections, The United States Air Force Security Police and working for a public safety department at a private university.