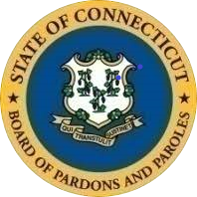 Members of the public may watch the following parole and pardons hearings via video feed (Click here for instructions. The video will be available for viewing after the hearing as long as the link is posted on the website). Hearings start at 9am unless posted otherwise. Click on the below links to watch hearings on: December 1st 2022: . Revocation Reviews - R#3. . All hearings will be conducted as MS Teams or Zoom Virtual Hearings and streamed LIVE on this website as well. Please check back periodically for updates and links. Please refresh or switch your web browser if the links are not working.