Mark Kohler Sworn In As Secretary Of The State Of Connecticut

(Hartford) – Mark F. Kohler was sworn in as Secretary of the State of Connecticut today at the Connecticut Supreme Court.

“I’m a little overwhelmed and humbled,” Kohler said. “I know that I’m stepping into an important position, but it’s well-placed after the great leadership of Secretary Merrill.”

Shortly after being sworn in himself, Kohler swore in Deputy Secretary of the State Scott Bates, who had been serving in the same role under Secretary Merrill since 2017.

Kohler retired this year from the Connecticut Office of the Attorney General after serving out a stellar 30-year career as associate attorney general. He worked with the Office of the Secretary of the State while overseeing the Special Litigation Department from 2011-2021. The department is responsible for representing all state constitutional officers, including the secretary of the state, with responsibilities over election matters.

Kohler earned a Bachelor of Arts degree from the College of St. Thomas in St. Paul Minnesota in 1982; a Master of Arts degree in political science from Indiana University in Bloomington, Indiana in 1984; and a Juris Doctorate from the University of Connecticut School of Law in 1987. 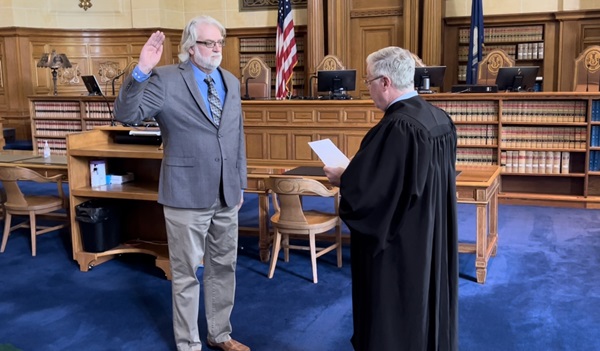