Connecticut Teacher of the Year 2014 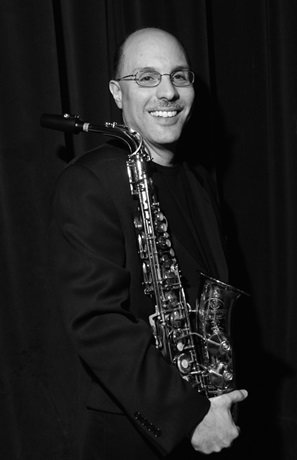 Mr. Mastroianni has performed as a professional musician since he was 15 years old. His talents as a saxophonist, woodwind doubler, composer, and arranger have led him to a diversity of musical experiences. John earned a B.S. in Music Education and a B.M. in Jazz Studies from the University of Bridgeport and an M.A. in Jazz Performance/Composition from New York University. He has studied saxophone with Phil Woods, Dick Oatts, Joe Lovano and Gary Klein, and composition with Jim McNeely, Bill Finegan, Tom Boras, Neil Slater and Mike Carubia.

John’s three recordings as a leader, entitled Cookin’ On All Burners (Stash), The Time Being (Jazz Alliance), and Live at the Silvermine (Jazzheads), have all earned him critical acclaim. He is also a featured soloist and composer/arranger on the New England Jazz Ensemble recordings, Version 3.0 (Brownstone), Storm Before the Calm (Sea Breeze), Wishes You A Cookin’ Christmas (Sea Breeze) and Live at the Pittsfield Jazz Festival (Sea Breeze).

In addition to being a free-lance musician, John performs with his own quartet and leads his own sixteen-piece jazz orchestra for which he composes and arranges all of the music. John’s music has been performed and recorded by his quartet and jazz orchestra, the Sonny Costanzo Big Band, the John Allmark Jazz Orchestra, the Army Blues Band (Washington D.C.), the New England Jazz Ensemble, the Tommy Dorsey Orchestra, DIVA and many high school, college, and professional jazz ensembles throughout the United States. Walrus Music Publishing/Otter Distributors and Barnhouse/Smart Chart Music Publications currently publish his big band charts.

John has taught at New York University, Albertus Magnus College, the University of Bridgeport, the New York State Summer School for the Arts, Bridgeport Central High School and New Canaan High School. Currently, he is the Director of Bands at Hall High School in West Hartford, an adjunct jazz faculty member at the University of Connecticut and the founder and music director of the Young Artists Summer Jazz Workshop. In December 2002, SBO Magazine named John as one of 50 directors in the United States that “make a difference,” and in March 2004, the Connecticut Music Educators Association (CMEA) chose John as the Secondary School Teacher of the Year. In 2010, he was honored by Strathmore's Who's Who as an individual who has demonstrated leadership and achievement in his profession and was a quarter finalist for a 2014 Music Educator GRAMMY Award.