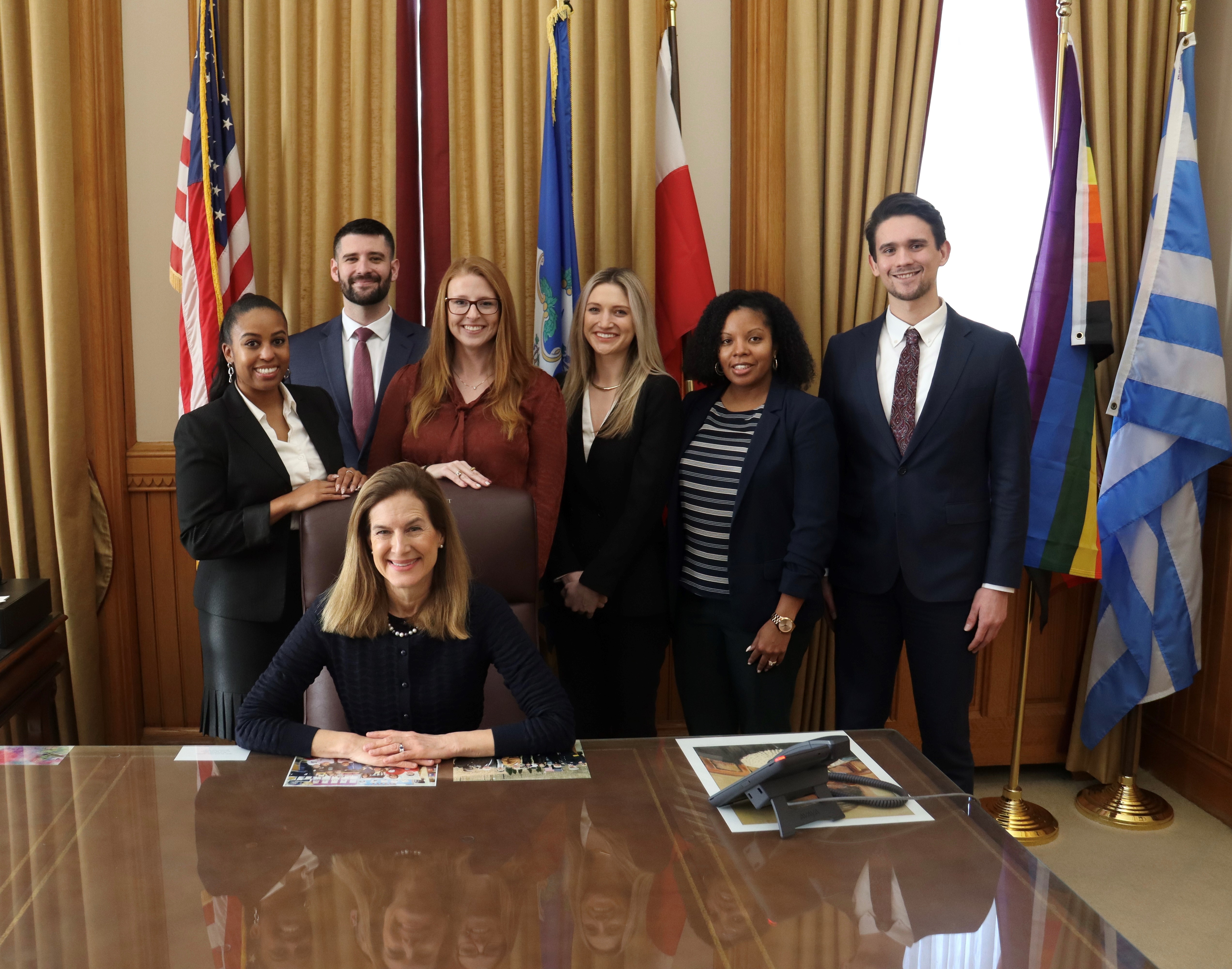 “Governor Lamont and I are committed to building upon our fiscal progress, supporting businesses in our state, investing in infrastructure, ensuring equal pay for equal work, continuing to develop our workforce, and honoring our state’s veterans,” said Bysiewicz. “I am proud to announce a collaborative team that will bring both legislative expertise as well as strong experience in local, state and federal government.”

Taijah Anderson will oversee strategic planning and policy, legislative matters and operations. She has served as Senior Advisor to the Lt. Governor Bysiewicz prior to her role as Chief of Staff. Prior to the Lt. Governor’s Office, Anderson served as the Legislative Liaison to the City of New Haven Board of Alders. She began her career working for U.S. Representative Joe Courtney, serving as a Constituent Services and Outreach Coordinator for eight years. Anderson graduated from the University of Connecticut with a degree in Political Science, and recently received her Masters in Public Administration from the University of Connecticut. She has served in the office since December 2021.

Christine Jean-Louis will serve as the Lieutenant Governor’s chief legal advisor. Prior to that role, she was an Assistant Attorney General in the Connecticut Office of the Attorney General's Infrastructure & Economic Development Unit (formerly Transportation Department). Her litigation practice focused on construction related disputes, eminent domain, licensing and claims at the Office of the Claims Commissioner. Before that, she was an associate in Wiggin and Dana's Litigation Department, where her practice focused on contract disputes, franchise, antitrust and commercial litigation. Jean-Louis clerked in the U.S. District Court for the District of Connecticut to Chief Judge Alvin W. Thompson from 2009-2011 and in the Connecticut Appellate Court to Judge Lubbie Harper, Jr. from 2008-2009. She received her B.A. from New York University and her J.D., with a certification in Intellectual Property, from the University of Connecticut School of Law, where she was the Managing Editor of the Connecticut Journal of International Law, a Moot Court Board member, and served on the executive board of the Black Law Students Association. She is admitted to practice in Connecticut, New York, the U.S. District Court for the District of Connecticut and the Second Circuit. She has served in the office since July 2021.

Joseph Carvalho will oversee legislative and government relations on behalf of the Lieutenant Governor. Carvalho will be joining the Office of Lt. Governor Susan Bysiewicz from his current position as Executive Secretary to the Office of the Commissioner for the Department of Developmental Services. He served a campaign manager for both Connecticut state representative and state senate campaigns, and most recently served as a Field Director for U.S. Representative Joe Courtney. From 2015-2018, he served as Special Assistant to former Lt. Governor Nancy Wyman. Carvalho received a degree in Political Science from the University of Connecticut in 2014.

Chelsea Neelon will serve as the Director of Communications for Lieutenant Governor Bysiewicz. She previously served as the Communications Associate to former State Comptroller Kevin Lembo. Prior to joining the executive branch, Neelon worked for the government relations firm Sullivan & LeShane, Inc. as a Legislative Associate for three years, tracking legislative policy for firm clients. She began her career as a Legislative Aide for Connecticut House Democrats, working for over 25 state representatives throughout her three-year tenure. Neelon graduated from the University of Connecticut in 2014 with a degree in both Political Science and Philosophy. She has served in the office since September 2021.

Brittany Foulds will serve as the Director of External Affairs & Constituent Services for Lt. Governor Bysiewicz. She will be joining the office from Intersect Public Solutions, a public affairs and communications firm where she served as a Senior Associate. Prior to that, she served as a Digital Strategist for a digital fundraising firm in Washington D.C. She began her professional career as a State Scheduler for the Office of U.S. Senator Chris Murphy, where she later served as an Outreach Assistant. Foulds graduated from Connecticut College in 2017 with a degree in Government.

John Kelly will serve as the Office’s Director of Scheduling and Special Projects. Kelly previously served as in Intern for Lt. Governor Bysiewicz during the summer of 2021, then interning with U.S. Representative Joe Courtney, providing constituent services for the office. He continued his involved in Connecticut politics as a campaign Finance Director and member of Connecticut Young Democrats before becoming a Regional Organizing Director for the Lamont campaign in 2022. Kelly graduated from the University of Connecticut in 2021 with a degree in Political Science, and went on to receive a Masters in Public Administration from the University of Connecticut in 2022.