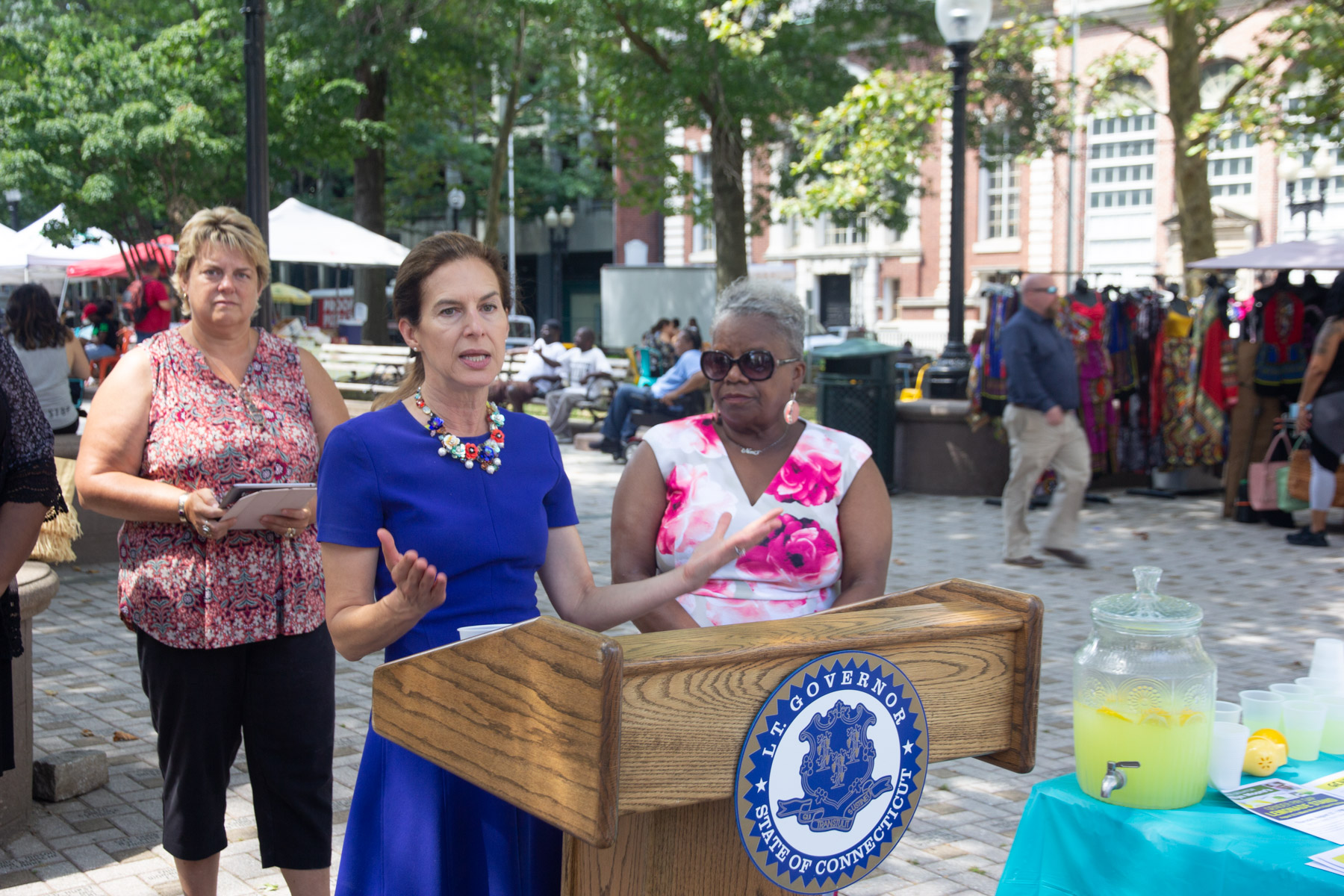 Black Women’s Equal Pay Day symbolizes how far black women, on average, must work into 2019 to bring home the same pay as white, non-Hispanic men did in 2018 alone—an additional 7 months. This year, in an effort to begin closing the gender pay gap, Governor Lamont signed a new law enacting Paid Family Medical Leave and law raising the minimum wage to $15 an hour.

“Closing the gender pay gap is a top priority of the Governor’s Council on Women and Girls,” said Lt. Governor Bysiewicz, who chairs the council. “In Connecticut, we’ve already taken some significant steps towards achieving that goal by passing Paid Family Medical Leave and raising the minimum wage to $15 an hour. In addition to that, Connecticut’s Pay Equity Law prohibits employers from asking prospective employees about their previous wages, as evidence shows women disproportionately carry lower salaries from one job to the next. On Black Women’s Equal Pay Day, we want to highlight these accomplishments, but also remind people that there’s still much more work to be done to achieve true gender parity in the workplace.”

This is important for people to be aware of because I think in many instances, women don’t know their worth, and women don’t know when they go in for a job that their male counterpart may be earning more,” Sen. Moore said. “In the grand scheme of things, African American women earn less than their white male counterparts. If we don’t speak up and we don’t make changes, nothing is going to change and it will always be that way. We want to bring awareness to this today.”

In Connecticut, women on average are still earning 83 cents to every dollar that their male counterparts are and this gap only increases in the case of Black and Latina women, who earn just 63 cents and 54 cents per dollar respectively compared to their white male counterparts.