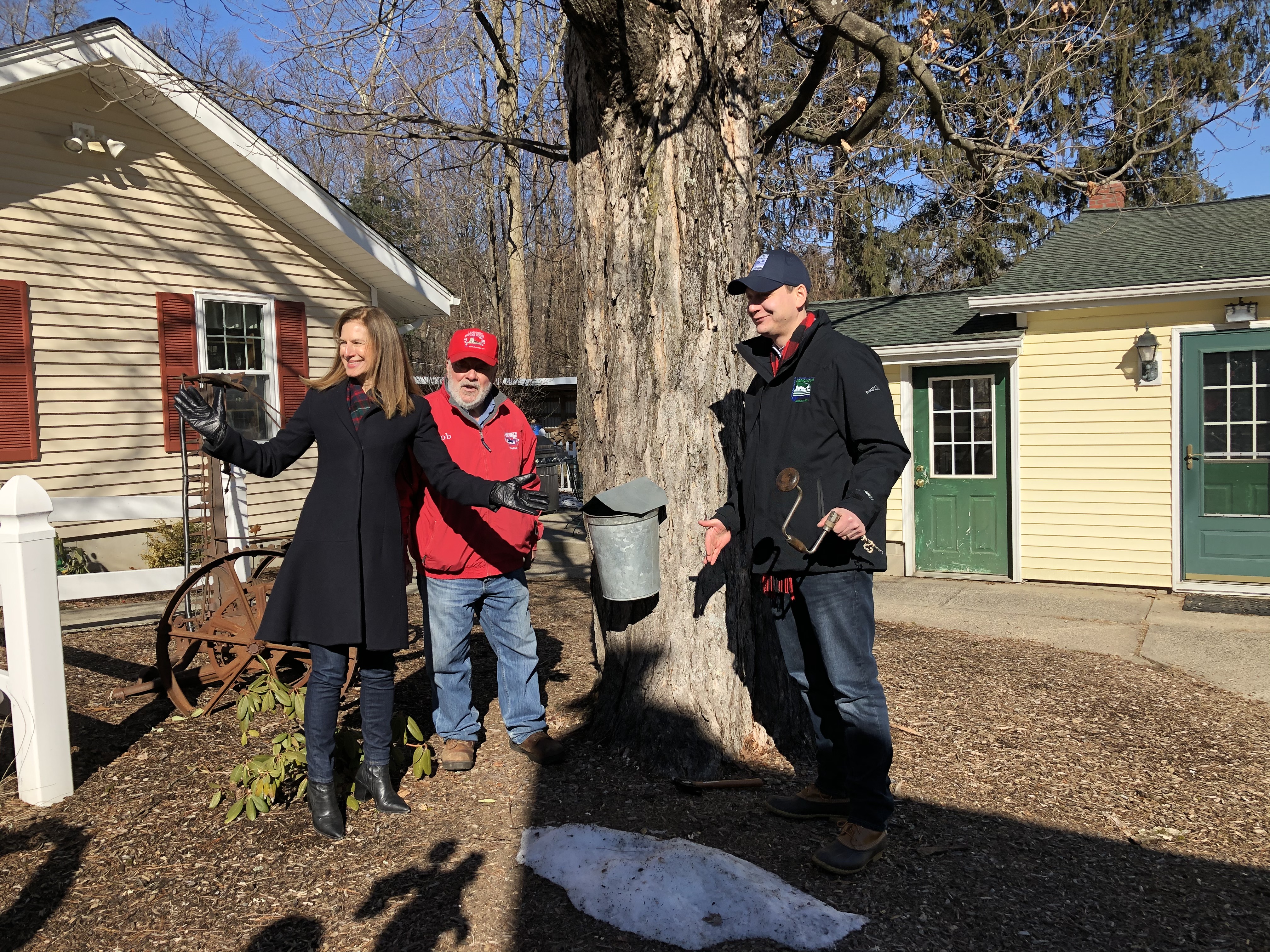 “Connecticut ranks in the top 10 of maple syrup producers in the United States,” Lt. Governor Bysiewicz said. “We have a lot to celebrate and be proud of and there’s no better way to support this vibrant industry than by visiting a sugar house near you or attending the first-ever Maple Weekend happening in March with your family.”

In 2018, Connecticut’s 73,000 taps produced 18,000 gallons of syrup during the short season that sap runs from early February to late March. Connecticut maple syrup is valued at $1.2 million in cash receipts, according to USDA. Agriculture has an economic impact of $4 billion for the state’s economy, with 21,000 jobs statewide.

“Maple sugaring is one of Connecticut’s treasures with small businesses across the state tapping into nature’s sweetest treat,” said Commissioner Hurlburt. “We need to pay attention to the challenges that climate change brings upon these businesses as we work to protect this native industry ensuring families can continue doing this for generations to come.”

The traditional season to make maple syrup in Connecticut extends from early February until late March. This is called “the sugaring season”. Freezing nights and warm, sunny days are necessary for the maple tree to yield sap, a colorless liquid with a light, sweet taste (2%-4% sugar). Maple syrup producers, also referred to as sugarmakers, collect this maple sap, and through boiling, the maple taste and amber color are formed.

Today’s ceremonial tapping is also a prelude to the upcoming Maple Weekend happening March 21-22 at more than a dozen participating locations statewide. Maple houses will open their doors to the public allowing people to see the maple process from start to finish, taste maple products and take home a sweet treat. For more information, visit http://www.ctmaple.org/.

Lamothe’s Sugar House is a family-owned business with more than 5,600 taps on 360 acres of land they harvest maple syrup on. It takes 40 gallons of sap to equal one gallon of maple syrup. Lamothe’s produces approximately 1,500 gallons of maple syrup each year, which is also used in value-added products such as maple candy, maple sugar, maple cream and maple taffy.