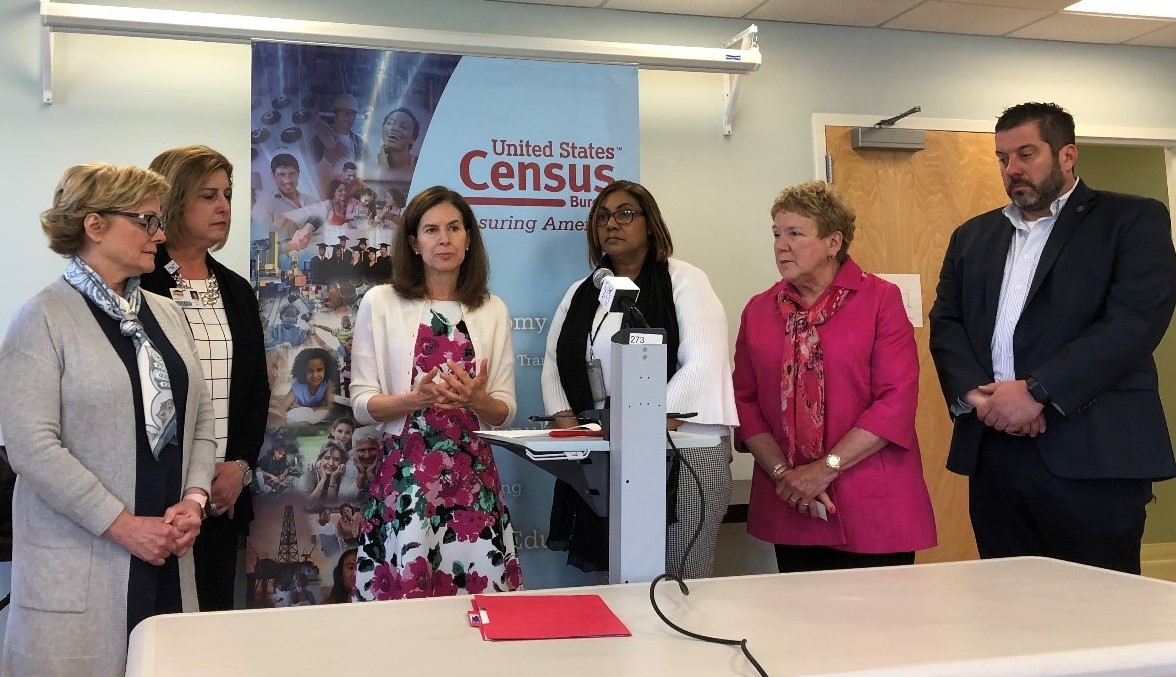 HARTFORD— Today, Lt. Governor Susan Bysiewicz joined Mayor Elinor Carbone, local elected officials and community members in at the Torrington Health and Wellness Center to launch the city’s Local Complete Count Committee for the 2020 Census. An accurate census count is critically important to Connecticut’s northwest corner as it is the foundation to determine federal funding allocations.

“We want every person to be counted but in order to achieve that, we need cities and towns to prepare as well because each community faces its own unique challenges in achieving an accurate count for the census,” Lt. Gov. Bysiewicz said. “I applaud Mayor Carbone and the City of Torrington for making the 2020 Census a priority and launching their complete count committee today.”

In February, Lt. Gov. Bysiewicz launched the Connecticut Complete Count Committee to ensure Connecticut would be the best-counted state in the nation. Similar to the state-wide committee, the Torrington Local Complete Count Committee will work together to analyze previous census undercounts and recommend strategies to achieve a full count in the city for this upcoming census.

“It’s critical to deploy a really good ground game,” said Mayor Carbone. “For the City of Torrington, it’s really important for us to get the count right. According to the last count, we’re a population of 36,000 and what we know is that when we’re under 50,000 we do not access federal funding the same way our larger sister cities do. But, if we get this count right and we find out that we’re closer to that 50,000 number— or that we’re getting closer—then there are opportunities for us to grow this city, to put those dollars to work, and to recognize the important people that live here who haven’t stood up to be counted.”

Connecticut receives over $11 billion dollars from the federal government as a result of census. These federal dollars are used to fund vital state programs including Medicaid, Pell Grants, children’s health insurance, highway planning & construction, nutritional assistance and many more.

“We here at Community Health have a Medicaid population— they’re about 60 percent of the patients that we serve so the federal dollars at risk are very important to the programs that we use that funding to support,” said Joanne Borduas, CEO, Community Health and Wellness Center. “We are very much looking forward to working with the mayor and lieutenant governor and will do whatever we can to maximize this opportunity and to get the count right.”

“Torrington is changing; the northwest corner is changing,” said Maria Gonzalez, Director and Manager, Community Services of New Opportunity. “We have a growing Latino community that has not been counted and we’re going to make sure that this time, we don’t miss that opportunity. Working in the social service area, I also see that the poverty level is growing so we need those numbers and we’re going to work together to get those numbers.”

Although undercounts have been a persistent problem, the 2020 Census will make completing information easier than ever before as this will be the first time residents can fill out their information online.