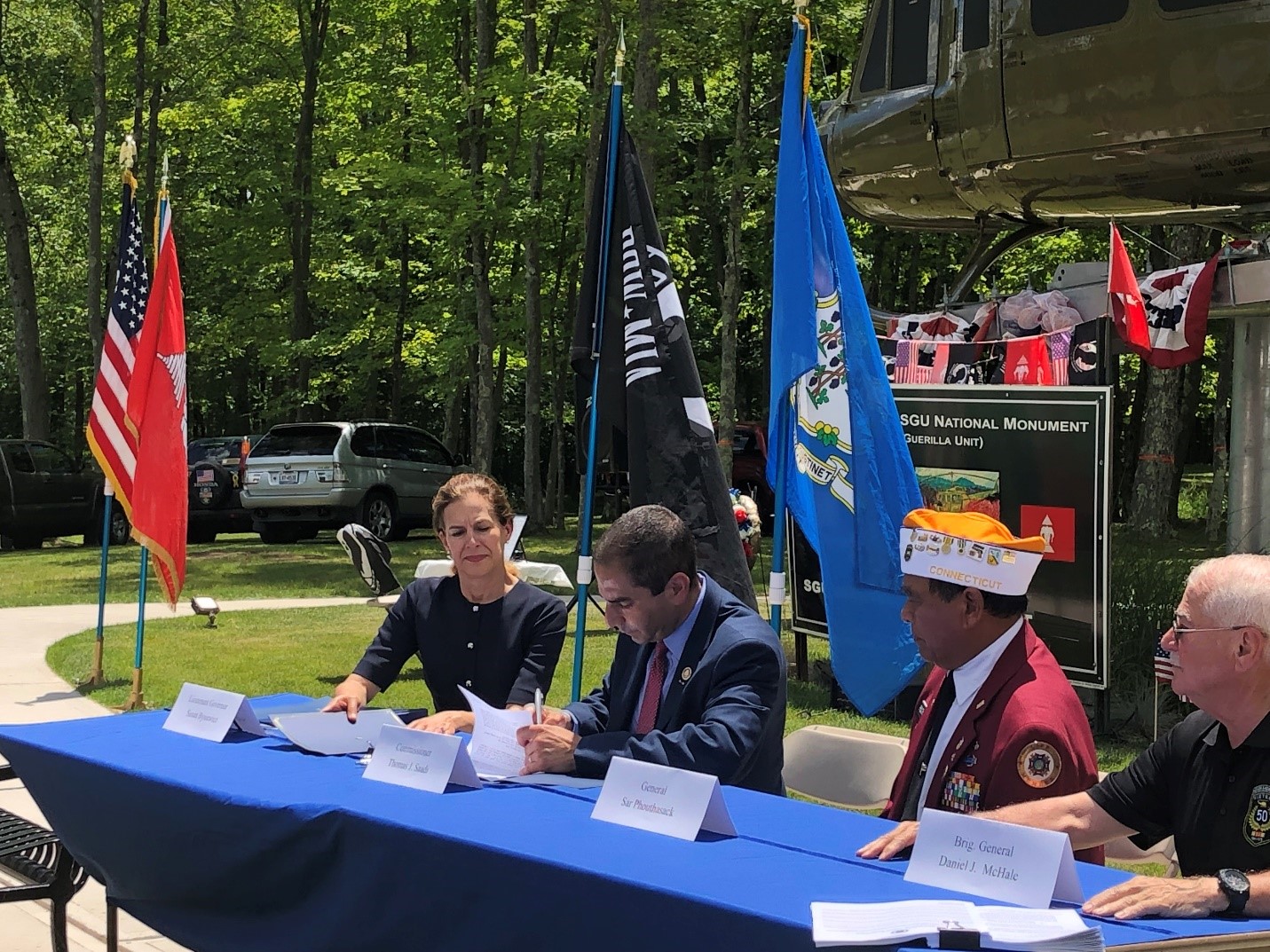 HARTFORD, CT –Lt. Governor Bysiewicz joined State Veterans Affairs Commissioner Thomas Saadi, statewide veteran leaders and Hmong General Sar Phouthasack at the Middletown Military Museum in Middletown today for the signing of a policy by Commissioner Saadi—the first of its kind at a state level in the nation—providing burial rights for the Hmong and Laotian Special Guerrilla Unit Veterans residing in Connecticut who operated in support of the United States military, during the War in Vietnam.

“The Hmong and Laotian Special Guerrilla Unit were soldiers who stood with our nation during troubling times and aided our forces efforts in Vietnam,” Lt. Governor Bysiewicz said. “I am proud that Connecticut is the first state in the nation to provide burial rights for these brave fighters. Their courage, heroism, and sacrifice for a nation originally not their own shows a service to this country that should not go unrecognized.”

“I have long supported the recognition of the service and sacrifice of the Laotian Hmong SGU veterans who supported U.S. forces during the War in Vietnam and I am proud that Connecticut is leading the way with a new policy that provides eligible Hmong and Laotian SGU veterans with burial rights at the State Veterans Cemetery in Middletown,” said Commissioner Saadi. “My thanks to General Phouthasack and to U.S. Vietnam Veterans across our State who continue to work diligently in support of our Laotian Hmong Veterans.”

In 2018 the U.S. Congress enacted the Hmong Veterans’ Service Recognition Act which provides that Laotian Hmong veterans deemed eligible by the federal V.A. be afforded burial rights in United States National Cemeteries, except for Arlington National Cemetery. The law also established a process by which states may extend burial eligibility to Laotian Hmong veterans in federally recognized State Veterans cemeteries.

The Laotian Hmong Special Guerilla Units were recruited, trained and often lead by U.S. personnel and fought alongside the U.S. troops, helped block sections of the Ho Chi Minh Trail in Laos and were responsible for rescuing downed U.S. pilots in Vietnam. An estimated 35,000 Hmong and Laotian fighters died during the Vietnam War.