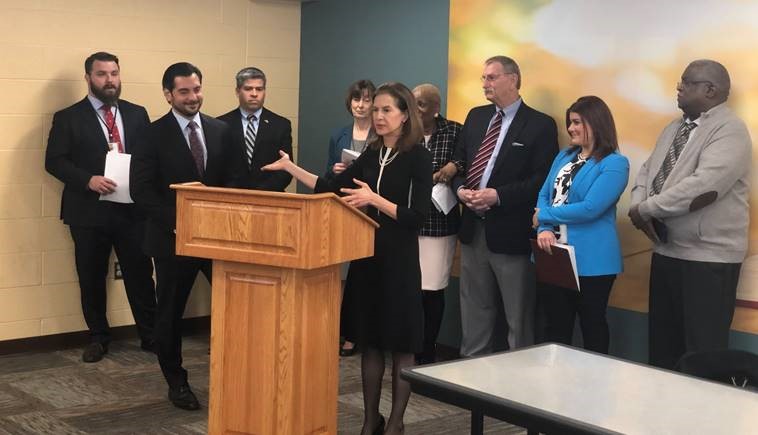 “The data collected by the 2020 Census will affect funding allocations for many years to come,” Lt. Gov. Bysiewicz said. “When I launched our state-wide census committee over a month ago, I committed to ensuring that Connecticut would be the best counted state in the nation—but we can’t achieve a complete count without leaders at the local level doing their part too. It’s great to add New Britain to the growing list of list of communities launching their Local Complete Count Committees to plan for the 2020 Census.”

Similar to the state-wide committee, New Britain’s Complete Count Committee will analyze previous census undercounts and recommend strategies to achieve a full count in New Britain for the upcoming census.

“This census is critically important for ensuring that New Britain and Connecticut are adequately allotted federal funding, which is a major source of aid for many of our municipal projects like our streetscape project work, along with other important initiatives undertaken by the Board of Education, our Health Department, and others,” said Mayor Stewart. “When we have a clear understanding of who lives in our community, we can better deliver services and properly plan for future initiatives. The census data truly plays a role in shaping our future. I encourage everyone to participate in this important census collection.”

Although undercounts have been a persistent problem, the 2020 Census will make completing information easier than ever before as this will be the first time residents can fill out their information online.

New Britain Public Libraries will provide all the resources necessary for residents to complete their census even if they do not have access to a computer or translation services at home.

“Libraries are a committed partner in making the 2020 Census a success,” said Patricia Rutkowski, Director of New Britain Public Library. “We know the importance of accurate reporting and the negative impact of inaccuracy on the vital services so needed by our residents, funding to our city and funding to libraries. Our message is that everyone counts. Everyone needs to participate and we are here to help. As we serve people of all ages and backgrounds, we are well-positioned to reach groups that are at higher risk of being undercounted in the Census. As a welcoming, trusted and valued place, we are poised and ready to bridge the digital divide and support a more complete count with providing online access.”