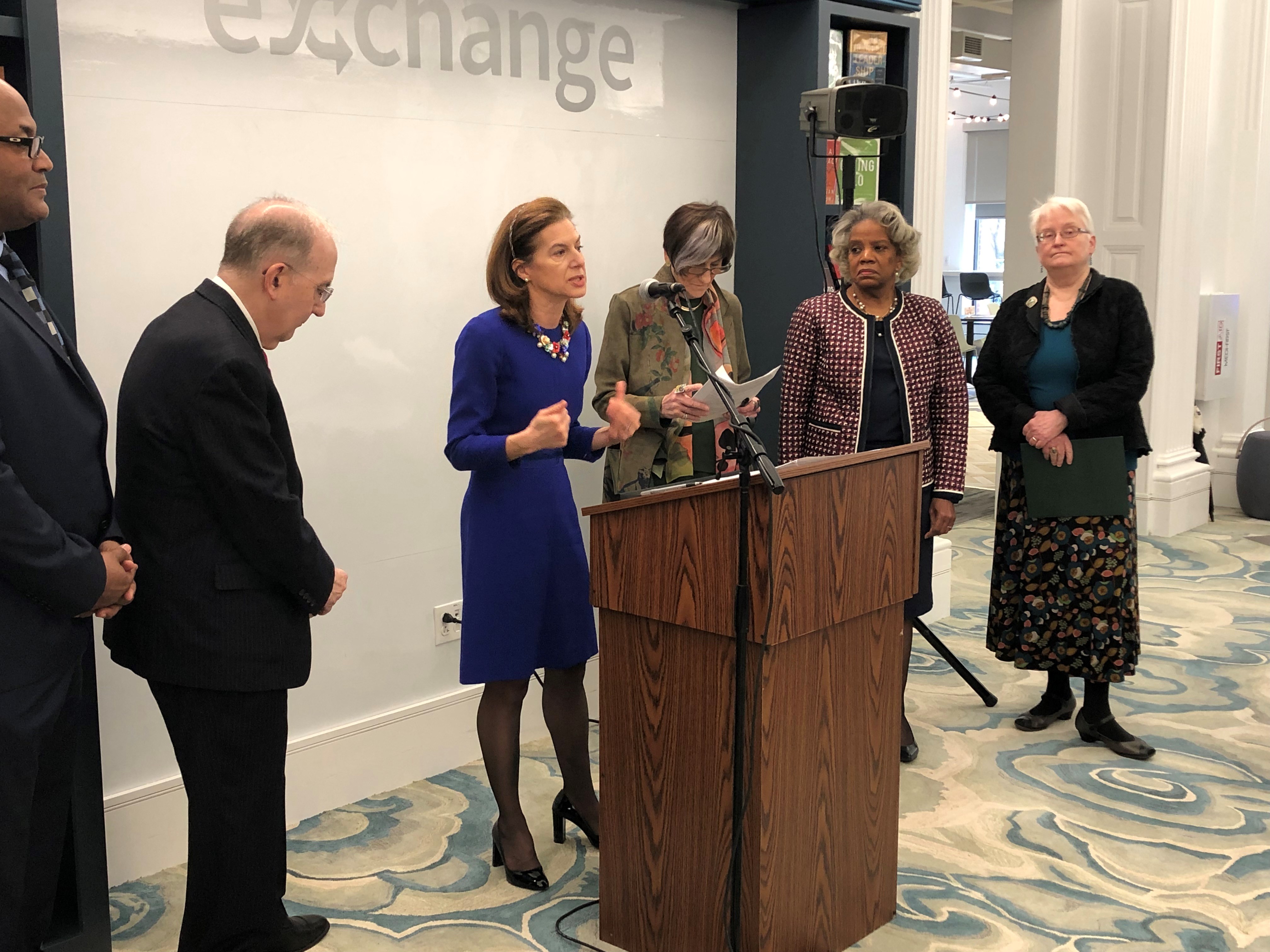 Connecticut receives over $11 billion dollars from the federal government as a result of census. These federal dollars are used to fund vital state programs including Medicaid, Pell Grants, children’s health insurance, highway planning & construction, nutritional assistance and many more.

“Connecticut is ranked first in the nation for paying the most in federal income taxes and we’re amongst the lowest in getting federal dollars in return,” Lt. Gov. Bysiewicz. “We lose thousands of dollars for each person that is not counted in the census, therefore it is extremely important that state and local governments take an active role in facilitating counting efforts. I applaud the City of New Haven for being a leader by being one of the first municipalities to establish a comprehensive outreach plan for the 2020 Census.”

“It is of the utmost importance that we ensure the upcoming Census is a fair, complete, and accurate picture of Connecticut that captures the strength of our diversity,” said Congresswoman DeLauro. “Census data determines the distribution of billions in federal spending for critical programs like Medicare, Head Start, school lunch, school and hospital construction, new roads, and child care for low-income families. That is why I am proud to have secured $3.5 billion in Census funding for in our most recent funding bill—including $270 million to help prepare, analyze, and publish the Census. Working together at the federal, state, and local level is critical to carrying out this important Constitutional duty.”

“The census is more than a simple count of our residents,” said Senate President Pro-Tempore Martin M. Looney. “Appropriate representation in Congress and in the General Assembly depends on an accurate census count. A precise count of the population of New Haven is critical for the city to receive its fair share of per capita federal funding. Numerous programs like Medicaid, transportation projects, and community grants are impacted by the census. I encourage everyone in New Haven, especially our immigrant population, to respond to the census.”

“We believe that every resident in our community counts, so every resident of our community needs to be counted,” said William Ginsberg, of the Greater New Haven Community Foundation, who is also on the state-wide committee. “Working to get a complete count is vitally important, as it will mean more resources and a more powerful voice for our community.”

The state-wide committee is also assisting municipal governments with forming Local Complete Count Committees, like the one launched by the City of New Haven in January, to promote and encourage response to the 2020 Census locally.

Although undercounts have been a persistent problem, the 2020 Census will make completing information easier than ever before as this will be the first time residents can fill out their information online. Beginning in early 2020, the public will be able to complete their census information using a computer or phone, in addition to mailing in their form. New Haven Public Libraries will be providing the resources necessary for residents to complete their census.