Chair of the Governor’s Council on Women and Girls

At their core, women’s issues are economic issues. In order to grow Connecticut’s economy and create jobs, we must continue to enact policies that benefit women and therefor our economy such as a family medical leave policy, raise the minimum wage to $15 an hour, and ensure equal pay for equal work.

That’s why Lt. Governor Bysiewicz is proud to have been tapped by Governor Lamont to chair the Council on Women and Girls to provide a coordinated state response to issues that impact the lives of women and girls, their families, and the State of Connecticut.

Its mission is to advance the interests of women and girls, and ensure the multiple and intersecting forms of discrimination that too many women face, are taken into account whenever state policies are developed and programs are created. The commissioners of state departments and agencies are conducting reviews and updating their agency’s current policies and programs to ensure they take the needs of women and girls into account. The council is charged with focusing on four areas of impact: education and STEAM; economic opportunity and workforce equity; leadership; and health and safety.

For more information, visit the Council on Women and Girls website.

On February 4, 2019, Lt. Governor Bysiewicz launched the Connecticut Complete Count Committee, a major effort in advance of the 2020 Census, to ensure that Connecticut is the best counted state in the nation. An accurate census count is critically important to our state as it is the foundation to determine federal funding allocations. The data collected by the 2020 census affects all of us, not just in government, but also private businesses, schools, hospitals, non-profits, and other public and private entities. Currently, Connecticut is ranked first in the nation for paying the most in federal income taxes and we are amongst the lowest in receiving federal dollars in return. Therefore, it is extremely important that Connecticut state government take an active role in facilitating counting efforts by establishing the Connecticut Complete Count Committee. 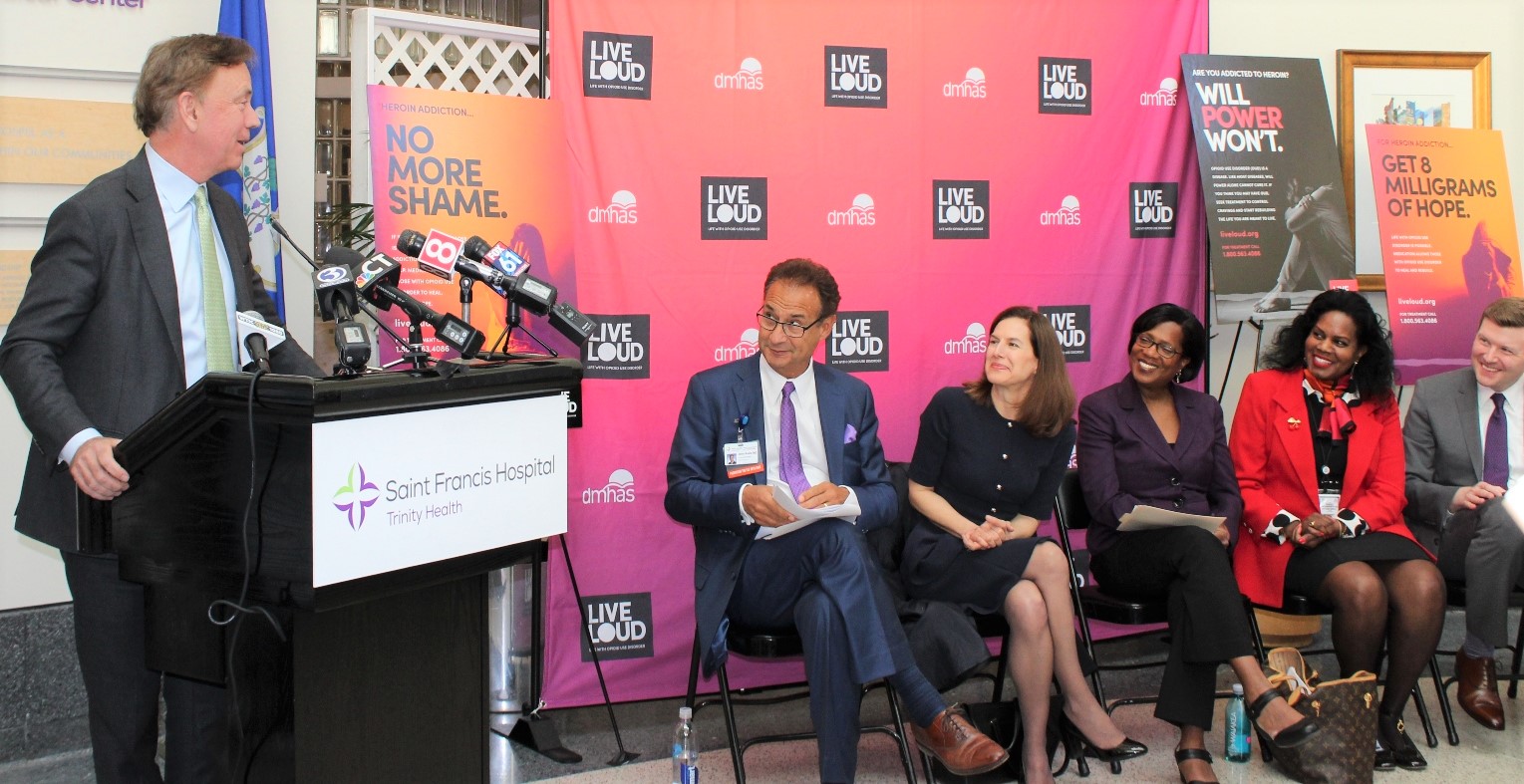 Connecticut is stepping up our efforts to combat Opioid addiction and overdoses.

Lt. Governor Bysiewicz has been traveling the state, participating in roundtable discussions with families, treatment providers, and law enforcement, to address the crisis.

Working with Governor Lamont and the Department of Mental Health and Addition Services, the administration has launched a new coordinated effort to confront and prevent the increase in opioid addiction across the State of Connecticut, “LiveLOUD – Live Life with Opioid Use Disorder” statewide awareness campaign, as well as the new Naloxone and Overdose Response (NORA) smartphone app. 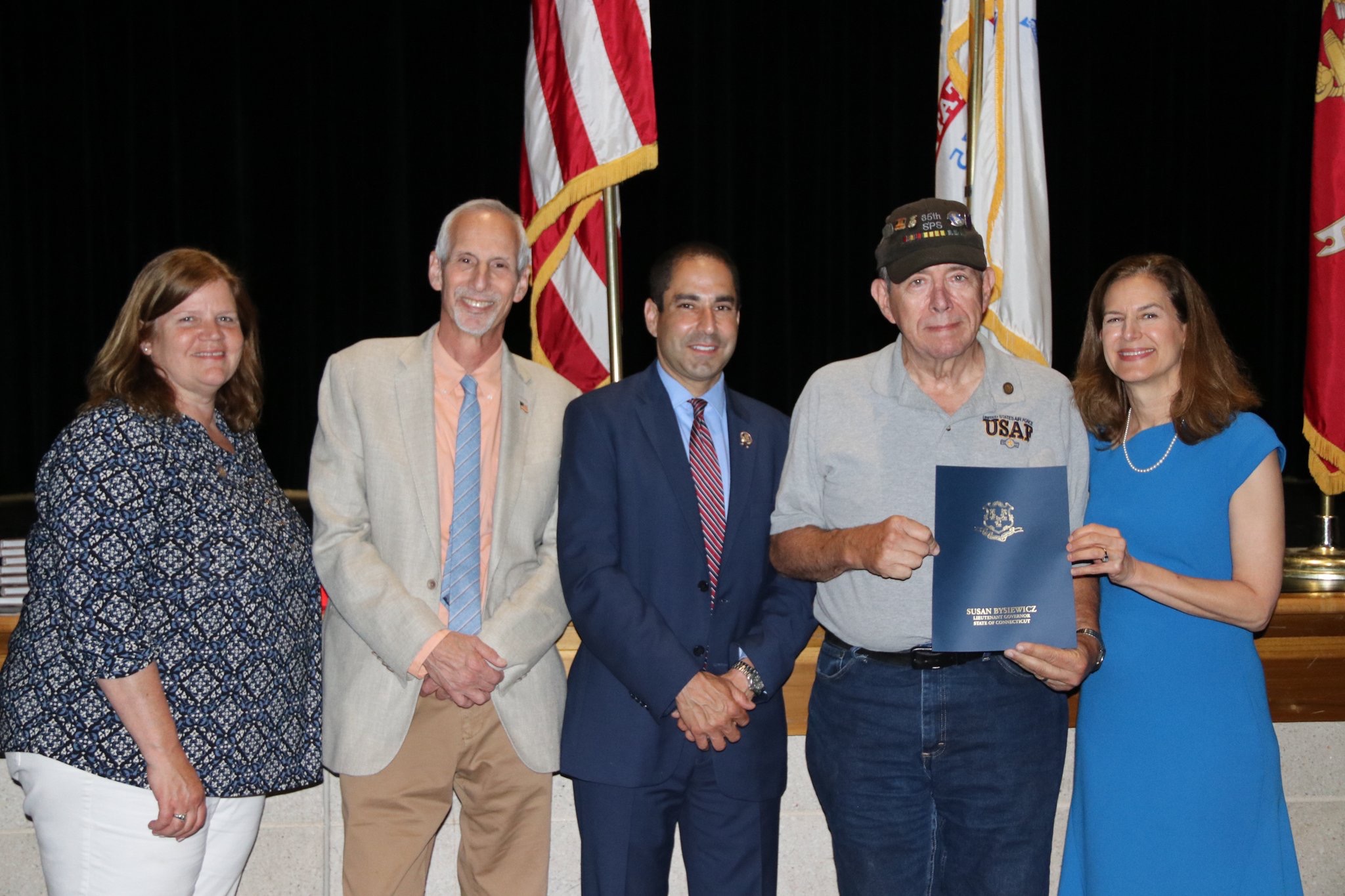 Lt. Governor Bysiewicz is committed to honoring our veterans for their service to our nation and state. The Lt. Governor is actively working with the Department of Veterans Affairs to honor veterans for service in Korean War, Vietnam War.

Lt. Governor Bysiewicz also serves as the chair and organizers of the annual Connecticut Wall of Honor Ceremony which commemorates the Connecticut troops killed in the wars in Iraq and Afghanistan since the 2001 terrorist attacks.

Established by Lt. Governor Wyman in 2007, the Wall of Honor is a permanent memorial that includes photos of each of the 65 Connecticut service members from all branches of the military who were killed in action. It is located in the concourse area of the State Capitol building, which connects to the Legislative Office Building.  Throughout the year, thousands of visitors view the memorial while visiting the State Capitol. 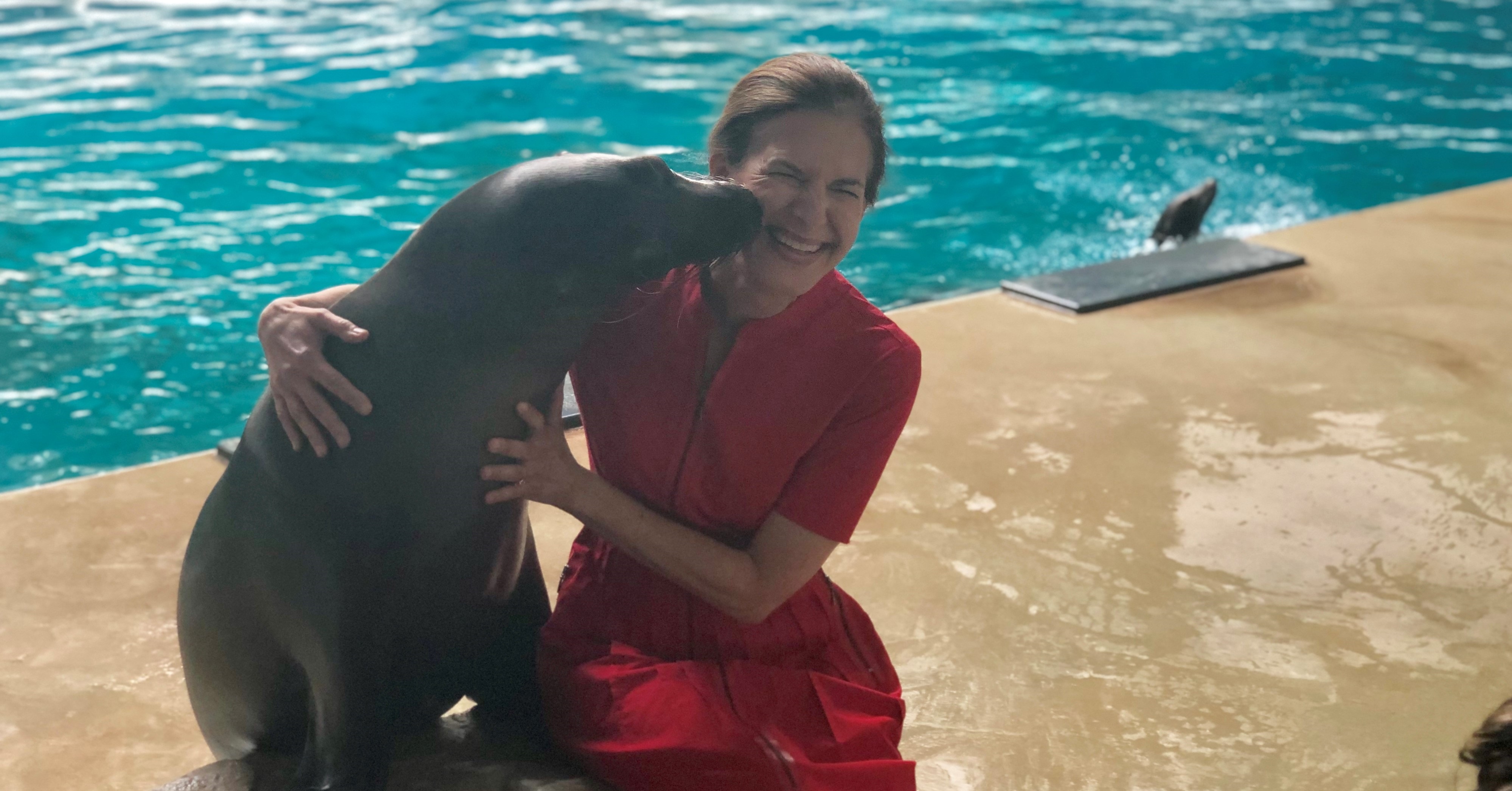 The State of Connecticut is blessed with significant physical, cultural, and tourism related assets spread across a range of geographic regions. Connecticut is also home to world-class museums, theaters, and concert halls that support the education of our children and draw tens of thousands of out-of-state visitors. Annually, the arts in Connecticut generate $653 million in total economic activity. This spending — $455.5 million by nonprofit arts and culture organizations and an additional $197.5 million in event-related spending by audiences — supports 18,314 full-time equivalent jobs, generates $462.5 million in household income to local residents, and delivers $59.1 million in local and state government revenue. Learn more at CTVisit.com.

Lt. Governor Bysiewicz is a strong advocate for international trade. In 2017, Connecticut exported $14.8 billion of Made-in-America goods to the world.  In 2016, exports from Connecticut supported an estimated 65 thousand jobs. Connecticut was the 25th largest state exporter of goods in 2017 which accounted for 5.7 percent of Connecticut’s GDP in 2017. Connecticut exports in 2016 supported an estimated 65,000 jobs. In 2019, Lt. Governor Bysiewicz will help Connecticut welcome the inaugural International Space Trade Summit which will bring together participating countries' advanced manufacturing, high-tech supply chain, and IT companies into the global Space Sector.

President of the Connecticut State Senate

Lt. Governor Bysiewicz is the president and presiding officer of the Connecticut State Senate. The Lieutenant Governor presides over the debates in the chamber and is able to cast votes in the case of a tie. During even-numbered years, the General Assembly is in session from February to May. In odd-numbered years, when the state budget is completed, session lasts from January to June.

Chair of the Finance Advisory Committee 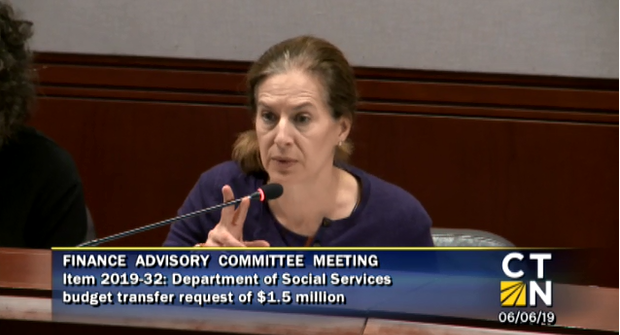 Lt. Governor Bysiewicz serves as the chair of the Finance Advisory Committee which is comprised of representatives of the Governor, Comptroller, Treasurer and bipartisan members of the Connecticut House and Senate and has oversight over budgetary transfers to or from any specific appropriation of a sum or sums in any one fiscal year of over $175,000 or ten percent of any specific appropriation, whichever is less. The Finance Advisory Committee regularly oversees budgetary transfers reaching into the millions.

Chair of the Connecticut State Employees Campaign for Charitable Giving 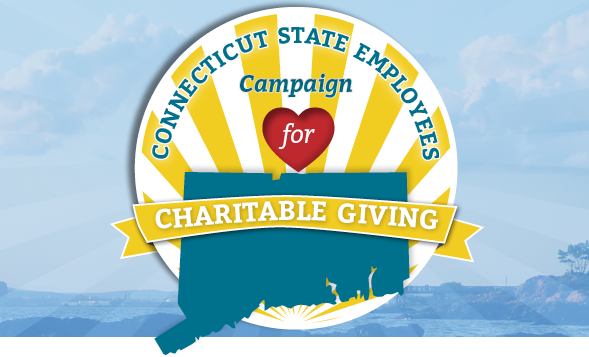 Lt. Governor Susan Bysiewicz has been named the Statewide Chair of the Connecticut State Employees Campaign for Charitable Giving (CSEC).

CSEC provides state employees and retirees an opportunity to contribute to hundreds of qualified nonprofit charities of their choice through the convenience of payroll deduction. Annually, employees and retirees donate between $700,000 and $1 million. Participation in this campaign is completely voluntary. As the Statewide Chair, Lt. Governor Bysiewicz will promote state employee and retiree participation in various fundraising campaigns. The contributions made by employees and retirees make possible a wide range of vital services: shelter for the homeless, protection of the environment, research for cures of diseases, care for both children and seniors. These are only a fraction of the services provided by the nearly 700 charities listed on this website.