(HARTFORD, CT) – Governor Ned Lamont today announced that he is planning to appoint Garrett Eucalitto as commissioner of the Connecticut Department of Transportation (CTDOT) when he begins his second term in office early next year. Eucalitto will succeed Joseph Giulietti, who intends to leave state service at the conclusion of the governor’s first term.

“With the recent passage of President Biden’s Bipartisan Infrastructure Law, Connecticut is set to receive a historic level of federal funding dedicated to revitalizing our transportation system, and our administration is committed to aggressively using this once-in-a-generation opportunity to rehabilitate our roads, bridges, and transit in a way that is focused on moving people and goods as seamlessly and efficiently as possible,” Governor Lamont said. “Garrett has the bold vision and leadership capability to move these projects forward in a way that best benefits the people and businesses of our state. I am grateful for Joe Giulietti’s service as commissioner during my first term. Joe and his team have made tremendous progress over that past four years enhancing our transportation infrastructure, rebuilding our roads, highways, and bridges, and increasing and improving rail service. Because of the department’s record of success delivering transportation projects during Joe’s tenure, Connecticut is punching above its weight in winning competitive grants from the U.S. Department of Transportation. With his peers in the eight states along the Northeast Corridor, Joe worked with our Congressional delegation and the Biden administration to secure the most significant federal investment in generations for this crucial transportation artery that is vital to our economy and the entire economy of the Northeast. I particularly want to commend Joe’s leadership through the pandemic. He and his team ensured that our frontline workers had access to public transportation, that our rail system survived an unprecedented drop in ridership, and that we continued to make progress improving our transportation network throughout Connecticut. We are better off today thanks to his service to our state. I wish him the best in his future endeavors.” 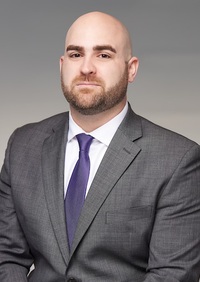 Eucalitto is currently deputy commissioner of CTDOT, a position that he has held since January 2020. Prior to obtaining his current role, he was the transportation program director for the National Governors Association (NGA) in Washington, DC. In this capacity, he was responsible for assisting the nation’s 55 governors (states, territories, and commonwealths) in advancing their policy objectives in transportation, including combating impaired driving and improving safety on the roadways, the implementation of innovative financing tools, transit-oriented development, increasing electrification of the transportation sector, and reviewing autonomous vehicle legislation and regulations.

Before joining the NGA, Eucalitto was undersecretary for comprehensive planning and intergovernmental policy for the Connecticut Office of Policy and Management during the administration of Governor Dannel P. Malloy. In this position, he researched, evaluated, and developed transportation, environmental, and regional planning initiatives. He began his career working in Washington, DC on the staff of former Senator Joe Lieberman for six years as his legislative assistant, covering appropriations, transportation, and infrastructure. In this role, he advocated for Connecticut’s transportation needs at the federal level, led efforts to protect Long Island Sound and improve the state’s air quality and environmental assets, worked to secure the repeal of “Don’t Ask, Don’t Tell,” and collaborated with CTDOT to secure annual appropriations and discretionary funding.

Eucalitto earned a bachelor’s degree from the College of the Holy Cross and a master’s degree from Boston University. He is a native of Torrington and currently lives in New Haven.

“There is no one in Connecticut, in the northeast, and arguably the nation, who knows more about passenger rail than Joe Giulietti, and I have been blessed to learn alongside him the past three years,” Eucalitto said. “They say true leaders don’t just know the way – they show the way – and Joe has shown me and countless others the way through challenging times, including a pandemic, to advance historic changes in transportation in our state. We will forever be grateful for his guidance and leadership. I am honored by Governor Lamont’s faith in me to lead CTDOT into this next chapter. I look forward to continuing to work alongside my talented CTDOT colleagues in advancing a better, safer, and more sustainable transportation system in Connecticut, for this generation and the next.”

Giulietti has served as commissioner of CTDOT since Governor Lamont was sworn into office for his first term on January 9, 2019.

“Being CTDOT commissioner has been the honor of a lifetime,” Giulietti said. “I love this work, the people, and the positive impact we have in communities around the state. I thank Governor Lamont for entrusting me with this responsibility. I’ve worked in transportation for more than 50 years, and no other job has been as rewarding. The women and men of CTDOT are the brightest and hardest-working people I have ever had the pleasure of leading. Serving in this role for four years has been a privilege. I know CTDOT will be in good hands under Garrett’s leadership. He is committed to delivering a cleaner and more reliable transportation network and is passionate about improving roadway safety. At this pivotal time, Garrett is the best person to lead CTDOT into its next chapter.”

Governor Lamont is set to receive the oath of office and begin his second term on January 4, 2023. At that time, Eucalitto’s nomination as commissioner will be forwarded to the General Assembly for its consideration.