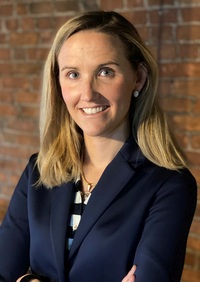 
(HARTFORD, CT) – Governor Ned Lamont today announced that he is planning to appoint Alexandra Daum as commissioner of the Connecticut Department of Economic and Community Development (DECD) when he begins his second term in office early next year. Daum will succeed David Lehman, who intends to leave state service at the conclusion of the governor’s first term.

“Our administration has an aggressive approach to growing jobs, attracting businesses, and enhancing economic development in Connecticut, and I want the strongest, smartest, and most energetic team possible to lead these efforts on behalf of our state’s residents,” Governor Lamont said. “For the last several years, Alexandra has worked alongside David Lehman as part of the leadership team in Connecticut’s economic development office, which is why I am confident this will be a smooth transition. In addition to being intimately familiar with the functions of this important state agency, Alexandra has existing relationships with many of Connecticut’s leading employers and industry leaders, and she is ready to hit the ground running. I am incredibly grateful to David for the service he has given to our administration and the people of Connecticut over the last four years.”

Daum is currently deputy commissioner and chief investment officer of DECD in a position that she has held since March 2020. In this role, she drives public investment in local economic development projects and initiatives across Connecticut, including greenfield and brownfield real estate developments, public-private partnerships, urban revitalization efforts, offshore wind, and opportunity zones. She also manages Governor Lamont’s community redevelopment initiatives, most notably the Connecticut Communities Challenge Grants, Brownfield Municipal Grants, and the Community Investment Fund 2030.

Prior to joining DECD, Daum was the founder and principal of Field Properties, a real estate investor in New Haven. She began her real estate career in development at Trammell Crow Residential in its Northern California division. She earned a bachelor’s degree from Harvard College and an MBA from Harvard Business School.

“Under Governor Lamont and Commissioner Lehman’s leadership, DECD has made a series of smart, strategic investments to spur business growth and innovation, support our arts and tourism sectors, clean up brownfields, and boost vibrancy in towns and cities across our state,” Daum said. “Working closely with the governor and the state legislature, I look forward to building on this progress and ensuring Connecticut fully capitalizes on its strong economic potential.”

Lehman has served as commissioner of DECD since February 19, 2019, just several weeks after Governor Lamont was sworn into his first term in office.

“It has been an honor to work with Governor Lamont and his team over the past four years on issues vital to Connecticut’s economic health, vibrancy, and long-term competitiveness,” Lehman said. “I am very proud of what we accomplished and confident that the initiatives, investments, and strategies we put into place will provide meaningful and measurable benefits for years to come. I want to extend a heartfelt thank you to the DECD staff for all their hard work in supporting Connecticut’s businesses, nonprofits, communities, and residents. Their tireless work, especially during and after the pandemic, has been a real difference-maker for our customers.”

Governor Lamont is set to receive the oath of office and begin his second term on January 4, 2023. At that time, Daum’s nomination as commissioner will be forwarded to the General Assembly for its consideration.